“The problem is you trying to live two different lives.” 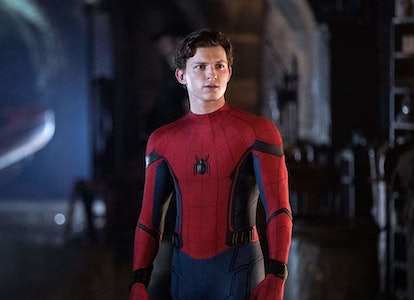 For a character defined by responsibility, Tom Holland’s Peter Parker has never been all that, well, responsible.

In fact, ever since his debut in 2016’s Captain America: Civil War, Holland’s Spider-Man has been struggling with the consequences of his reckless actions. In 2017’s Spider-Man: Homecoming, he nearly got an entire ferry’s worth of people killed due to his own foolishness. In 2019’s Spider-Man: Far From Home, he entrusted powerful Stark tech to someone he’d met a few days prior.

As a result of these decisions, there’s always been a strange gap between the Peter Parker of Marvel comics, who embraced great responsibility before becoming a superhero) and Holland’s younger, more impulsive version of the character.

Spider-Man: No Way Home has the potential to fix this element of Holland’s character, bringing the web-slinger more in line with his comic book self.

Careful What You Wish For — At the end of Spider-Man: Far From Home, Peter Parker’s identity as Spider-Man in the Marvel Cinematic Universe was exposed to the world by none other than J. Jonah Jameson (J.K. Simmons). It’s a major moment for the character — one that serves as the inciting incident for this year’s Spider-Man: No Way Home.

As revealed by the trailer released earlier this week, Spider-Man: No Way Home sees Holland’s Peter Parker going to Doctor Strange (Benedict Cumberbatch) in the hopes of reversing what happened at the end of Far From Home and restoring his secret identity. However, when Strange begins to do just that, Peter starts to make special requests. Suddenly, he doesn’t want everyone to forget he’s Spider-Man — just most of the world.

Peter’s second-guessing and tampering affects the outcome of Strange’s spell, disrupting the balance of the multiverse and opening the door for characters (and actors) from Sony’s previous Spider-Man movies to cross over into the MCU. It’s a situation that, as Strange says, is the direct result of Peter “wanting to live two different lives,” making him the cause of all the chaos to come in No Way Home.

Give and Take — Assuming that the Spider-Man: No Way Home trailer is being straightforward about the cause of all its multiversal chaos, that means the film is putting Holland’s Peter Parker in a situation that he’s never been in before.

In both Homecoming and Far From Home, all Peter had to do to rectify his errors in judgment was overpower, trick, or in some other way best the villains of those films. But the No Way Home trailer suggests that beating Doc Ock (Alfred Molina) or Green Goblin (Willem Dafoe) won’t be enough to stop what’s gone wrong in the universe.

That’s because these adversaries aren’t the real villains of the film, at least not in the sense that they’re the ones responsible for the film’s multiversal fracturing. Instead, that blame rests solely on Peter’s (and to an extent, Doctor Strange’s) shoulders.

It’s Peter’s lack of responsibility, and inability to accept that he can’t precisely control who knows about his secret identity, that causes Strange’s spell to go wrong. Therefore, in order to stop whatever’s going wrong in the film, Peter will have to make a sacrifice — something he really hasn’t done yet in the MCU.

Will he learn to accept the entire world knowing his secret, or will he trade in the bonds of trust he’s built with MJ (Zendaya), Ned (Jacob Batalon), and Aunt May (Marisa Tomei) in exchange for restored anonymity? If he wants to bring order to his universe again and save the lives of its inhabitants, he’ll have to decide between those two choices, dealing with the consequences of whichever one he picks.

In other words, he’ll actually have to be the responsible one, for once.

Of course, there is always the chance that the plot of Spider-Man: No Way Home isn’t as clear as its trailer makes it seem. It’s possible there will be a way for Peter to fix the multiverse without having to make a choice about his secret identity or, as some fans think, there will turn out to be someone else behind all the chaos in the film. Both of those options are legitimate possibilities, but they’re also ones that present an easy way out for Holland’s Peter Parker.

And frankly, he’s already had more than enough of those.

The Inverse Verdict — Marvel Studios’ screen interpretation of Peter Parker has always leaned into the younger, adolescent side of the character — to varying degrees of success. In Spider-Man: No Way Home, however, it may finally be time for the MCU’s Spider-Man to grow up.

Spider-Man: No Way Home swings into theaters on December 17th, 2021.