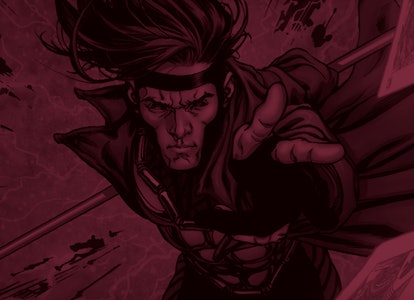 For all their issues and inconsistencies, Fox’s X-Men movies got plenty right.

Over nearly two decades, the studio released a handful of legitimately great X-Men movies — from Logan to X2: X-Men United. And at the center of all of Fox’s best X-Men films were compelling performances by actors perfectly suited for their roles, including Hugh Jackman as Wolverine, both James McAvoy and Patrick Stewart as Professor X, and both Ian McKellen and Michael Fassbender as Magneto.

Of course, Fox didn’t get every X-Men character adapted to the big screen quite right — and that’s where Marvel can really shine.

A Second Chance — Since Disney formally acquired Fox, fans have wondered how Marvel Studios will introduce the X-Men to the Marvel Cinematic Universe. Early rumors regarding the studio’s mutant plans have all revolved around characters like Professor X and Wolverine, ones already translated to the big screen a few years ago.

But instead of revisiting fan-favorite characters, Marvel could — and, we say, should — take this opportunity to spotlight figures left out of Fox’s X-Men movies or poorly represented within them. And no character in the latter category is more deserving of a second chance than Gambit.

Marvel’s Gambit — Born in New Orleans and raised by thieves, Remy LeBeau (AKA Gambit) is a charming mutant capable of transforming the potential energy of any object into kinetic energy; this means whatever he touches can become explosive. In keeping with his slick, con-man-esque attitude, Gambit usually uses this ability on the playing cards he carries, turning each one into a grenade-like bomb that he can hurl at enemies.

In the comics, Gambit emerged as one of Marvel’s most fascinating, singular mutants. Over the years, he’s been affiliated with notable groups like the X-Men, the Thieves Guild, the Marauders, the Chevaliers, Excalibur, and X-Factor. He’s also had a turbulent and passionate relationship with Rogue; the two mutants even got married in the comics in 2018.

Outside of his powers, superhero affiliations, and romantic interests, Gambit is a compelling hero. Much like Wolverine, a number of Gambit’s storylines have seen him grappling with the sins and mistakes of his past — and those struggles have resulted in him sometimes leaving the X-Men for long stretches to undertake journeys of self-discovery, exploration, and reinvention. He’s an intensely fascinating character who also happens, thanks to his Southern twang and renegade attitude, to be unlike any other superhero.

Introducing Gambit on-screen would not only allow Marvel Studios to bring an entirely new kind of superhero to life; it would also connect the dramatic tensions of the X-Men to those of the MCU in one fell swoop.

The Inverse Analysis — Unlike Wolverine or Magneto, Gambit hasn’t yet been brought to life in a satisfying way. The character was played by Taylor Kitsch in 2009’s X-Men Origins: Wolverine — a film that failed to deliver an interesting or accurate depiction of any comics characters featured (including Ryan Reynolds’ Deadpool, whose Merc with the Mouth had his lips sewn shut).

Following that film’s botched attempt to adapt Gambit, Fox spent years trying to greenlight a Channing Tatum-led Gambit film, only for the project to fall apart. That means Marvel has the chance to give comics fans what they’ve never seen before: a faithful live-action Gambit.

This is a character fans would be delighted to see and whose presence would help the MCU’s take on the X-Men stand apart from Fox’s version. Talk about a win-win.

The X-Men will enter the Marvel Cinematic Universe at an undisclosed date.