“We Need You To Hope Again.” 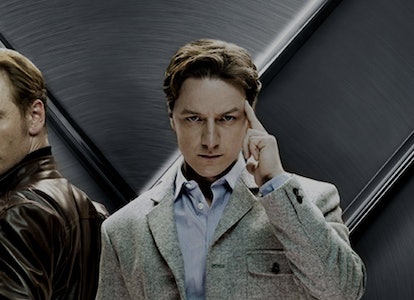 We know the X-Men are coming to the Marvel Cinematic Universe eventually, but where and when remains as secretive as Magneto’s mind beneath his Cerebro-shielding helmet. Until now.

Recent rumors suggest the MCU’s first major Mutant could appear in the upcoming movie Doctor Strange in the Multiverse of Madness, and the latest leak may have just revealed exactly which X-Men character will be the first to step through the multiverse and join the Avengers.

Doctor Strange in the Danger Room?

The latest Doctor Strange 2 leak comes from Twitter tipster @ViewerAnon, who appears to have connections in the entertainment industry and has shared info on everything from The Matrix 4 to Grand Theft Auto 6 in the past. This time, they’re chiming in on the MCU.

Specifically, @ViewerAnon suggests Doctor Strange in the Multiverse of Madness could introduce an entire new superhero team: The Illuminati. In the comics, this is a group of powerful characters who band together to work in secret, featuring some of the biggest names in the Marvel Universe. In the MCU, that lineup will apparently include:

There’s a lot to unpack here, but the biggest name of the bunch has got to be Professor X (aka, Charles Xavier). As the de facto leader of the X-Men, his appearance in the MCU would be a huge deal, and a likely herald of even more X-Men coming down the pipeline.

Captain Carter is also intriguing, especially since it suggests a direct line between What If..? and Doctor Strange in the Multiverse of Madness. Other alleged Illuminati members like Monica Rambeau and Balder the Brave would help connect this movie to other upcoming Marvel properties like The Marvels and Thor: Love and Thunder, respectively. And, of course, including Mordo means we’ll get some closure on the ending of 2016’s Doctor Strange.

But anyway, back to Professor X...

Doctor Strange in the Multiverse of X-Men?

As exciting as this leak may be, it gets even better when combined with another recent Doctor Strange 2 rumor. According to noted Marvel scooper Daniel Richtman, the upcoming movie will feature a fight scene between Wanda Maximoff and a character from 20th Century Fox’s cinematic universe (aka, the pre-Disney X-Men movies).

Assuming both leaks are correct, does that mean Wanda is about to fight Professor X? That could be an epic battle, especially if it takes place within the minds of these two incredibly powerful characters. It also suggests Scarlet Witch may actually be the villain of Doctor Strange in the Multiverse of Madness, with Xavier forced to step in and stop her.

Then again, where Professor X goes, other Mutants are sure to follow. It’s just as possible that his arrival could also mean an appearance from long-time rival Magneto, who has his own fraught relationship with Wanda in the comics. Or maybe Charles will bring along his favorite protégé, Jean Grey.

Either way, Doctor Strange 2 is quickly shaping up to be the most exciting entries in Marvel’s Phase 4, which says a lot considering some of the other movies already in the works.

Doctor Strange in the Multiverse of Madness is scheduled to release on March 25, 2022.