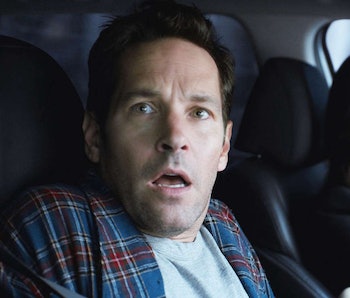 Ant-Man and the Wasp: Quantumania will be one of the most important films in Marvel Studios’ Phase Four slate.

Currently in production, the threequel will be the first Marvel Cinematic Universe title to feature a full-fledged appearance from Kang the Conqueror (Jonathan Majors), following the character’s quasi-introduction in the Loki Season 1 finale.

All early signs indicate that Kang himself will turn out to be a far more intimidating and ruthless force than the variant we met in the Loki Season 1 finale, which spells trouble for Scott Lang (Paul Rudd), Hope Van Dyne (Evangeline Lilly), Hank Pym (Michael Douglas), Janet Van Dyne (Michelle Pfeiffer), Cassie Lang (Kathryn Newton), and the rest of the Ant-Man crew.

Now, a new rumor suggests that Jonathan Majors won’t be the only Loki cast member returning in Ant-Man and the Wasp: Quantumania.

The Rumor — Alleged plot details about Ant-Man and the Wasp: Quantumania surfaced online recently. The thread in question, by Twitter scoopster @mainmiddleman, includes claims that Majors’ Kang the Conqueror won’t be the film’s only villain, that Quantumania will connect to Marvel’s Fantastic Four movie, and that there will be a major death in the film. (Some fans believe this could end up being Michael Douglas’ Hank Pym.)

The most interesting claim of all, however, is that Gugu Mbatha-Raw will be reprising her Loki role as Ravonna Renslayer in the Ant-Man sequel. If true, that means Quantumania may answer one of the biggest questions fans had following her abrupt exit in the Loki Season 1 finale.

Ravonna’s Return — In the comics, Ravonna Renslayer is closely tied to Kang the Conqueror. Born on Earth in the 40th century, the comics version of the character is the daughter of a king who, initially, stood in defiance of Kang during one of his many planetary conquests. However, the character eventually became a romantic partner to Kang, and over the years, has been a love interest for the character — as well as, occasionally, a rival.

Loki’s version of Ravonna is different in a number of ways, but many fans believe her future in the MCU will still be intrinsically tied to Kang. The last time we saw Ravonna, she was walking through a time portal moments after telling Owen Wilson’s Mobius that she was heading out “in search of free will.” At the time, she was equipped with files delivered by He Who Remains and seemed to remain loyal to the Time Variance Authority, despite being exposed to its many lies and tricks.

Fans have assumed that she’ll return as a villain of some kind in Loki Season 2. While that’s still entirely possible, Ant-Man and the Wasp: Quantumania complicates those theories.

Marvel can take Ravonna Renslayer in essentially two different directions after Loki Season 1: she can be an ally to Kang or one of his enemies. She’s been both in the comics, which means the source material isn’t particularly helpful here. That said, one assumes He Who Remains, who fears his variants, would have given Ravonna information to turn her against Kang rather than toward him.

If she is in Quantumania, Ravonna’s overall MCU arc will bring her into contact with Kang, if not necessarily conflict. Whether she’s working to defeat Kang, or possibly ruling alongside him in the Quantum Realm, remains to be seen. We can only hope, for the Ant-Man crew’s sake, that she’ll be more friend than foe.

That said, given the authoritarian streak we saw her demonstrate a number of times throughout Loki, no one’s expecting Ravonna to go full-fledged hero.

The Inverse Analysis — As always, take all of this with a massive grain of salt. None of these claims have been officially confirmed by Marvel.

That said, it makes sense for Ravonna to appear in the same MCU film as Kang the Conqueror. It’d be in keeping with her origins in the comics and, perhaps most importantly, would act as yet another strong bridge between the film and television sides of the MCU.

Ant-Man and the Wasp: Quantumania is set to hit theaters on February 17th, 2023.