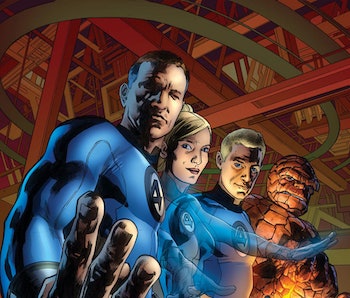 It’s always been kind of bizarre, and a little wrong, to watch the Marvel Cinematic Universe without the Fantastic Four. But Kevin Feige and Marvel Studios set the fandom ablaze when he revealed in 2019 that the MCU would be debuting its version of the superhero quartet in an upcoming film.

Here’s everything we know so far about Marvel’s Fantastic Four movie, along with some speculation on what the movie could look like and why you should care about Marvel’s first family.

When was Fantastic Four announced?

MCU’s Fantastic Four was announced at San Diego Comic-Con 2019 by Kevin Feige, who revealed the film was in development.

In years past, fans tried to look to three weekends in 2022 that Marvel had reserved for a possible Fantastic Four release date. However, the studio was forced to shift around its schedule massively due to the COVID-19 pandemic. It’s notable that, in a video released by Marvel in May 2021 that listed release dates for nearly all Phase Four films, Fantastic Four was shown but not revealed. So it’s most likely the movie will drop sometime after the latest announced film, Guardians of the Galaxy Vol. 3, on May 5, 2023.

Is there a trailer or cast yet for Fantastic Four?

Obviously, there are no trailers or casting announcements. But that hasn’t stopped fans from wildly speculating who could be filling the roles of Marvel’s first family. The rumors mainly focus around real-life couple John Krasinski and Emily Blunt playing Reed Richards and Sue Storm. However, the latter has dispelled any talk of her becoming a superhero.

Who is directing Fantastic Four?

However, those rumors proved to be false. In December 2020, Marvel announced that Jon Watts would be directing. Watts has directed all of the MCU Spider-Man films so far, including the upcoming No Way Home. So it only makes sense for him to cover another incredibly popular Marvel series from its early days.

Wait, who are the Fantastic Four?

First published in 1961, the Fantastic Four are a family of scientists turned superheroes after a mission in space leaves them with amazing powers. Conceived to compete against rival publisher DC’s best-selling Justice League of America, The Fantastic Four was both the first superhero comic under Marvel as well as Stan Lee’s final attempt at comics before retirement.

The success of The Fantastic Four was a boon to Marvel, and Lee stayed on to write more stories with Jack Kirby and Steve Ditko, eventually leading to The X-Men, The Avengers, and The Amazing Spider-Man. The rest is history.

Although the Fantastic Four are among the most important heroes in the Marvel Universe — next to the Avengers and the X-Men — previous film adaptations have failed to capture the audience’s imagination in the same way the MCU has. The 2005 film spawned a fun but forgettable 2007 sequel, Fantastic Four: Rise of the Silver Surfer. A darker 2015 reboot by Josh Trank, which Fox hoped to inhabit the same continuity of its X-Men series, was a massive summer bomb.

The Fantastic Four also took a backseat in the comic book universe. The long-running series ended in 2015, which freed up Marvel publishing to emphasize characters which Marvel Studios held the film and TV rights. At the time, there was a massive emphasis on Inhumans, which was to become a major movie before it was reshuffled into an ABC series. It was canceled after one season.

Fantastic Four is slated to release in the future from Marvel Studios.