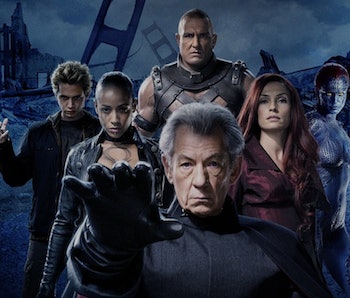 Who will be the first Mutant in the Marvel Cinematic Universe? Depending on who you ask, a few X-Men characters might already have infiltrated the MCU, but a new leak suggests the true crossover will happen in Doctor Strange in the Multiverse of Madness. And it’s going to be epic.

A recent report claims that the Doctor Strange sequel will feature a battle between Wanda and a character from the 20th Century Fox X-Men movies that will be even more impressive than Thanos vs. Doctor Strange in Avengers: Infinity War. What does that mean? Let’s take a closer look. (Spoiler warning for Doctor Strange 2.)

This latest leak comes from scooper Daniel Richtman, a fixture among Marvel spoiler fans who has a pretty good track record, at least recently. He accurately predicted when the Spider-Man: No Way Home trailer would drop. And before that, he pretty much leaked the entire plot.

So if Richtman is sharing Doctor Strange 2 scoops, it’s worth paying attention. Here are his exact words (via Twitter):

What does this mean? Well, we already know the Scarlet Witch will appear in Doctor Strange in the Multiverse of Madness. However, this seems to suggest that multiverse will include characters from Fox’s non-canon X-Men movies. (In theory, it could also be Deadpool or the Fantastic Four, but that seems less likely.)

This raises an even bigger question: which X-Men character will Wanda fight? The options are almost infinite, but a few obvious choices stand out.

One obvious character? Magneto. Wanda and Magneto have a close relationship in the comics (he’s basically her father, although that was retconned at one point). Watching Magneto fight Wanda would also be pretty epic, whether it’s Michael Fassbender or Ian McKellan, but there’s one other option that would be even better.

What if Marvel is setting up a fight between two of the most powerful characters in the X-Men lineup: Wanda Maximoff and Jean Grey? That would certainly rival the Thanos-Strange fight in Infinity War.

Of course, it could be almost anyone. Maybe Wanda will fight Wolverine? Or Juggernaut? Or Apocalypse? The possibilities are endless, and as long as this doesn’t mean the return of Ralph Bohner, we’ll be happy.

Doctor Strange in the Multiverse of Madness is scheduled to release on March 25, 2022.