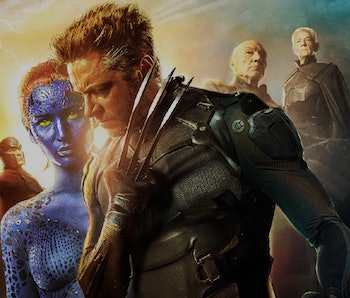 When The Falcon and the Winter Soldier headed to the infamous Mutant hangout Madripoor, fans naturally assumed it would mean the introduction of Patch (aka, Wolverine). That didn’t happen, but it’s possible the Disney+ introduced an even better X-Men character into the Marvel Cinematic Universe: Mystique.

That’s right. The infamous Mutant shapeshifter may already be causing havoc in the MCU. Intruiged? Here’s everything you need to know.

The theory — TikTok user @mutantages makes a simple but compelling argument. The Sharon Carter we meet in Falcon and the Winter Soldier was actually Mystique all along. This might sound like fan fiction, but there’s actually a surprising amount of evidence.

Exhibit A — Ahead of Falcon and Winter Soldier, Marvel revealed a promotional Madripoor website that included references to various X-Men characters including Mystique. Those references were quickly removed, but only after they were spotted by fans.

Exhibit B — When we first reach Madripoor, the camera shows some graffiti referencing the Power Broker (aka, Sharon Carter) before panning to graffiti of skulls. Mystique famously wears skulls as part of her outfit.

Exhibit C — Sharon Carter was a notably different character in the show. Her personality is different. So is her fighting style — her vicious attacks feel more like a villain than a former S.H.I.E.L.D. agent.

Exhibit F — In the final post-credits, Sharon Carter does a “Mystique walk.”

None of these feel like a smoking gun on their own (some are a bit of a stretch), but combined, it’s still a pretty strong theory. As an added bonus, Sharon Carter actually being Mystique also helps explain why her character changed so much in between Captain America: Civil War and Falcon and the Winter Soldier.

The Inverse Analysis — It’s only a matter of time before Mutants start showing up in the MCU, and Mystique is a great place to start. Since she’s a shapeshifter, she could be literally anyone. That makes it easy for Marvel to retcon previous movies to retroactively include her character. For all we know, Mystique was involved in Civil War, Endgame, or even WandaVision.

Until Marvel says otherwise, it’s not a bad idea to assume anyone we meet could be Mystique in disguise. Even Patch himself.