“Don’t count on your Jedi abilities to protect you” 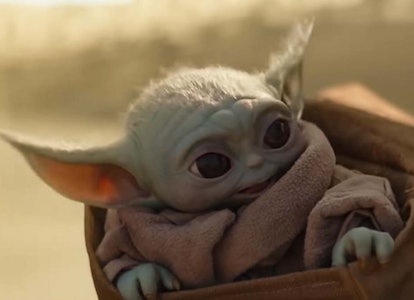 The Mandalorian has widened the scope of what we thought was possible in Star Wars. While dozens of different aliens and monsters have been portrayed in various animated series and video games, The Mandalorian has shown just how many creatures can now be brought to life in live-action.

From hordes of ice spiders to the sea-dwelling mamacore, this series is a regular playground for new Star Wars creature effects. But the scariest of these creatures has yet to be revealed — and they could provide Luke and Grogu with their deadliest challenge yet.

Timothy Zahn’s Heir to the Empire introduced a lot of elements into the Star Wars non-canon Legends universe. It was the first appearance of Mara Jade, who would go on to marry Luke Skywalker, and the first appearance of Grand Admiral Thrawn, who would become the most iconic Legends villain and make the jump to canon in Star Wars: Rebels and was even mentioned in The Mandalorian Season 2.

But one of the lesser-known aspects of Heir to the Empire is the amount of work it put into establishing Force-sensitive fauna in the Star Wars universe. When the book introduces legendary smuggler Talon Karrde, he’s shown to have two wolf-like creatures as pets known as vornskr.

These creatures, named Sturm and Drang, were domesticated vornskr, meaning they had their tails cut off and had to wear muzzles. In the wild of the planet Myrkr, vornskr roamed free, where they hunted down their prey, the reptile-like ysalamiri. They evolved to develop a Force-sensitivity, which unfortunately means they love to hunt Force-sensitive creatures — including Jedi. This spells danger for Luke Skywalker, who has to fight through the forests of Myrkr while trying to escape Talon Karrde’s base.

These creatures feel tailor-made for The Mandalorian — large, vicious, and equipped with a predilection for Jedi. Now that The Mandalorian has two Force-sensitive characters, Grogu and Luke Skywalker, the timing is perfect for the vornskr to finally be in a place where Jedi have the disadvantage, meaning they’ll have to call upon a non-Force sensitive ally for help. Whether that’s Din Djarin or one of Luke’s allies, it would be the perfect obstacle for a one-off episode.

Coming into its third season, The Mandalorian is in danger of running into the same issue of a lot of different Star Wars properties. Because Jedi are so much more powerful than everyone else, it’s difficult to put them in a situation where they’re truly in danger without introducing the Sith. And since the Sith aren’t likely to appear in the series, maybe Force-sensitive wolf creatures are the best bet.

At the very least, it would be cool to see how Lucasfilm would bring the iconic vornskr to live-action. The Mandalorian has continually outdone itself in special effects. Perhaps these creatures could be their next challenge.