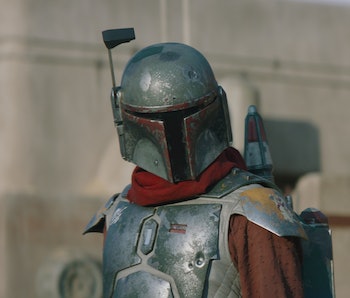 The Mandalorian kicked off Season 2 with the introduction of Cobb Vanth and a battle against a destructive Krayt dragon. Sasha Banks hasn’t yet made an appearance, but Din Djarin and Baby Yoda got in some galactic mileage in search of other Mandalorians.

Spoilers ahead for The Mandalorian Season 2 premiere.

With the Season 2 premiere out of the way, The Mandalorian can really get going with its storyline. Here’s everything you need to know about The Mandalorian’s Season 2 episode 2, including the release date and time, plot, episode title, and more.

What is The Mandalorian Season 2 episode 2 release date?

The second episode will be available to stream on Friday, November 6 on Disney+. It’ll be a great way to ring in the weekend and destress while watching a cooing Baby Yoda.

What is The Mandalorian Season 2 episode 2 release time on Disney+?

Season 2’s first episode was released shortly after midnight on the west coast. The Mandalorian Season 2 episode 2 should follow that same path and will be released around 3:01 am ET (or 12:01 am PT) on Friday, November 6.

The Season 2 premiere was 52 minutes long, which was nearly 30 minutes longer than most Season 1 episodes. That said, IMDb currently lists Episode 2 at 40 minutes. However, we won’t know the runtime for sure until the episode airs.

What is the plot of The Mandalorian Season 2 Episode 2?

Lucasfilm and Disney+ tend to keep things close to the vest until after an episode airs. There isn't even a trailer for the second episode, which tells us how spoiler-averse they are. However, an unconfirmed plot synopsis has been circulating online:

“The Mandalorian must ferry a passenger with precious cargo on a risky journey."

The actual source of this plot summary is unclear, so it’s best to take it with a grain of salt. However, Rotten Tomatoes has the Episode 2 title listed as “Chapter 10: The Confrontation.” How ominous!

At the end of “The Marshal,” Temuera Morrison made his spectacular return to the galaxy far, far away. He appeared only briefly, watching as Din Djarin left Tatooine on a podracer with Boba Fett’s armor in tow before walking away. Of course, Disney and Lucasfilm haven’t confirmed whether or not Morrison is actually playing the famed bounty hunter, who was thought to have died in Return of the Jedi. The Mandalorian has yet to call him by name, either.

That could change in Episode 2. Considering that Morrison appeared in the same episode as Boba Fett’s armor makes it too much of a coincidence. “The Confrontation” could be a reference to Mando finally crossing paths with the bounty hunter. Perhaps Boba has a tooth to pick about his lost armor and fights Din Djarin thinking that he stole it. In this instance, Mando will have some explaining to do, but some drama can always be mined from good old-fashioned miscommunication. Either way, we don’t have to wait too long to find out.

The Mandalorian airs Fridays on Disney+.