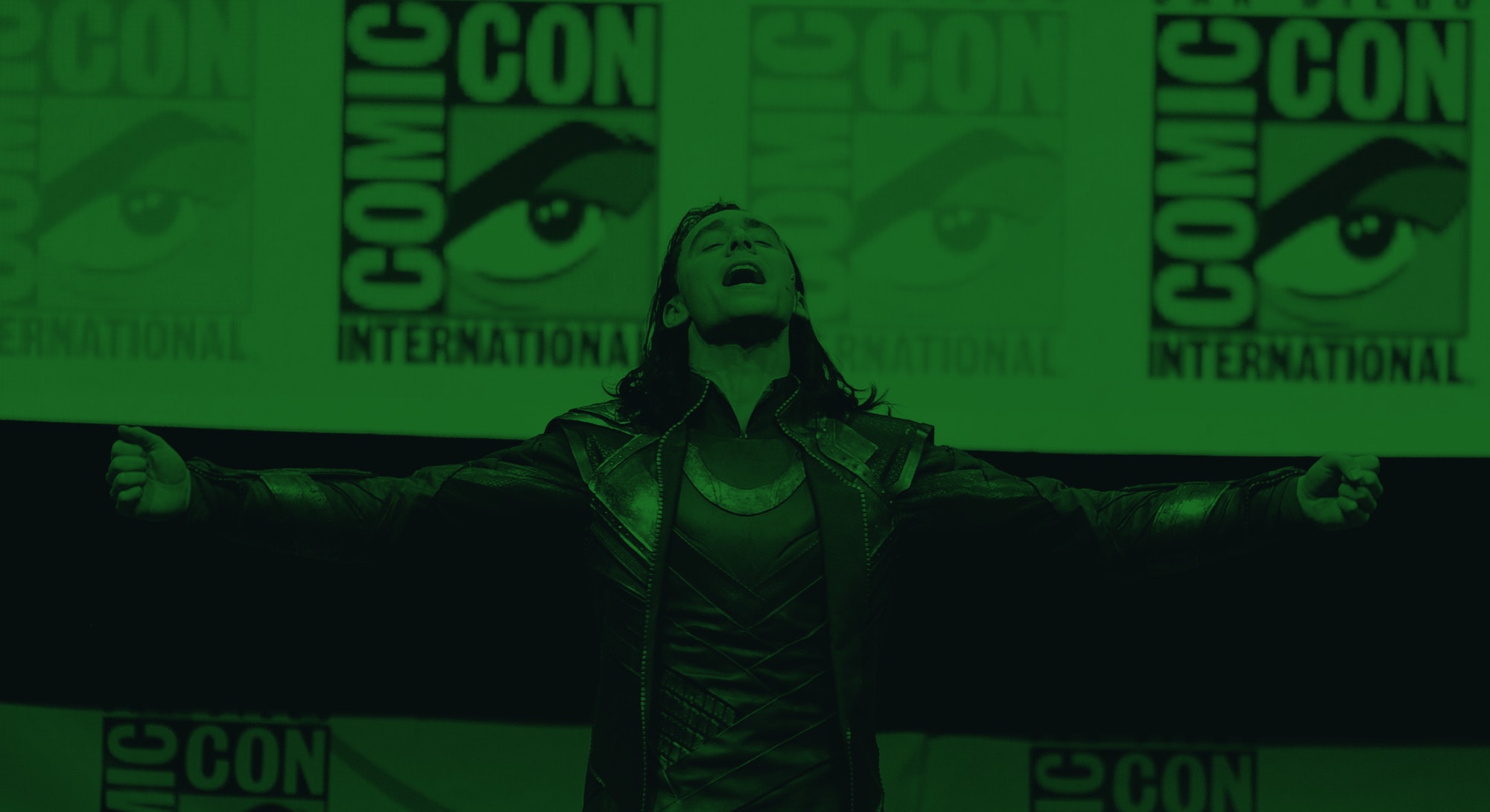 One of the biggest surprises to come out of Marvel Phase 4 was the first season of Loki.

The series not only refashioned Tom Hiddleston’s character into a romantic hero, it broke open the doors to the multiverse and gave audiences their first glimpse at the MCU’s new big bad, Kang the Conqueror, in the form of He Who Remains (Jonathan Majors).

With Season 2 in production and set to debut in 2023, Loki could end up being the lynchpin of Marvel’s Multiverse Saga. Although Loki didn’t play into the events of Doctor Strange in the Multiverse of Madness, at least directly, Loki Season 2 could tie into the mid-credit scene at the end of Sam Raimi’s film, which saw Clea (Charlize Theron) requesting Doctor Strange’s (Benedict Cumberbatch) help in the Dark Dimension.

Set photos taken in London for Loki Season 2 contain what some fans believe to be an Easter egg that could actually point to the main plot. Posters outside of a movie theatre advertise a movie called The Zaniac!, starring fictitious actor Brad Wolfe. Wolfe, done up in monster make-up on the poster looks conspicuously like actor Rafael Casal, who joined the second season in what’s said to be a major role. So, who is this Zaniac?

A relatively obscure Thor villain, Zaniac first appeared in The Mighty Thor #319 (1982). Created by Doug Moench and Keith Pollard, Zaniac was a slasher movie character played by actor Brad Wolfe. The character’s backstory was similar to Wolfe’s own (an abused child whose mother kept him locked in a closet until his rage and shame grew into misogyny).

While filming a scene at Chicago University, Wolfe, goes off script, chasing the lead actress up a set of bleachers that once sat on top of a lab for The Manhattan Project. The residual atomic energy (and a misplaced box of dynamite) create an explosion, transforming Wolfe into his movie character, Zaniac.

Thor, who was watching the filming nearby as his alter-ego, Donald Blake, goes on the hunt for Zaniac, who has his sights set on a women’s home. Zaniac creates psychic knives capable of withstanding Mjolnir, but Thor manages to deflect a knife, which ricochets back to Zaniac, subduing him.

The story isn’t a popular one. Zaniac, who continued Moench’s penchant for creating slasher and horror antagonists, is regarded as one of Thor’s worst villains, if only because Thor so clearly outclassed him. This made Zaniac’s return in the pages of iconic Thor writer/artist Walt Simonson’s 1986 run all the more surprising.

In a two-part story by Simonson and artist Sal Buscema that ran in The Mighty Thor #371 and #372, Zaniac returned. Notably, these issues also include the first appearance of the TVA in Marvel Comics, whose role became more prominent in Loki on Disney+

In the story, mobster Thug Thatcher hires a goon to break Wolfe, who now looks like a normal guy. Wolfe is out of prison and has his sights set on Jane Foster in a revenge plot against Thor. But Wolfe is a loose cannon and murders the first woman he sees: Thatcher’s ex-wife, Ruby.

Thatcher’s goon shoots Wolfe in retaliation, revealing that Zaniac is actually a horde of parasites that had merely possessed Wolfe — potentially via a door to another dimension that the original explosion created.

The demonic parasites possess Thatcher, turning him into the new Zaniac. Thor, who was already on Thatcher’s trail, is joined by Justice Peace, a TVA agent sent from the future to stop Zaniac. Justice Peace explains that Zaniac has existed for centuries, possessing different individuals along the way.

In his future, a version of Zaniac murders the leader of Brooklynopolis, launching WW7, which eventually destroys the world. Together, he and Thor are able to travel two hours back in time and destroy the Zaniac parasites before they can infect Thatcher. Zaniac is defeated, but not before Justice Peace drops a not-so-insignificant bit of information: Zaniac was behind the Jack the Ripper murders in 1888.

While Zaniac isn’t referenced directly, the fact that the parasites were tied to the Ripper in Marvel Comics four years later invites a connection of dots that those parasites were from Dormammu’s Dark Dimension.

What does all of this mean for Season 2 of Loki? Well, Zaniac could in fact lead the world into another great conflict in the future (seven does seem excessive, though), and Loki and Mobius (Owen Wilson) could be tasked with stopping him. Set photos have also shown Loki and Mobius in a period setting in London, standing to reason that the two could be on the hunt for Jack the Ripper across time in an ode to Nicholas Meyer’s Time After Time (1979), which saw H.G. Wells chasing Jack the Ripper through the 20th century.

But there could also be a bigger play, one in which Dormammu, emboldened after his defeat by Stephen Strange in Doctor Strange (2016), senses a new power in the multiverse, Kang, and attempts to destroy his future rule by way of the Zaniac parasite — or maybe even infect him so that Kang becomes a pawn of Dormammu. The outcome of this battle against the Dark Dimension could tee up Clea’s meeting with Strange in Multiverse of Madness, which seems to take place sometime after the conclusion of the main film, with Strange having now grown accustomed to his third eye.

The first season of Loki did wonders in turning obscure Marvel characters into central characters within the MCU mythology. It would be impressive if Season 2 managed to turn one of the least loved Thor villains into a key threat that shapes the future of The Multiverse Saga.