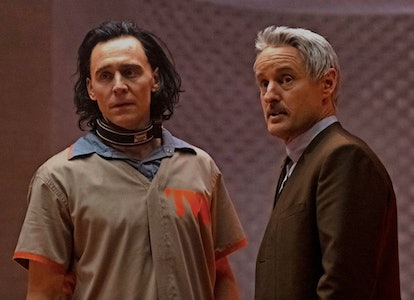 Production on Loki Season 2 has begun, and one cast member confirmed that their beloved TVA employee will return — and it could reveal a major detail about Marvel’s plans for the Disney+ series.

Loki Season 2 brings back a fan-favorite

Speaking to Screen Rant, Eugene Cordero confirmed that his character, an office worker at the Time Variance Authority, will return to Loki for Season 2. The actor (perhaps best known as Steven "Pillboi" Peleaz on The Good Place) couldn’t go into more detail about his character, noting that Marvel’s penchant for secrecy means he barely even knows what the new story will entail. However, the mere fact that he’s returning could be a clue.

Loki Season 2 and the TVA

Loki Season 1 ended with the murder of TVA leader He Who Remains (Jonathan Majors), which split open the multiverse, leading to the dimension-hopping shenanigans seen in Spider-Man: No Way Home and Doctor Strange in the Multiverse of Madness. But the TVA wasn’t immune from the effects either.

Despite seemingly existing outside of space and time, the TVA was transformed by the events of the Season 1 finale. When Loki returns to the office, no one recognizes him. The camera then reveals a giant statue of Kang the Conqueror (also Majors) looming over the offices before the screen cut to black.

This means that when Loki returns for Season 2, the TVA may be a very different place. Characters like Mobius (Owen Wilson) seemingly won’t recognize Loki at all, and Kang himself may be walking the halls as boss.

In this context, anything seems possible, so the reveal that Cordero returns is at least a bit of reassurance that not too much has changed at the TVA. There may be a new boss, but the employees haven’t been replaced — even if they no longer remember Loki.