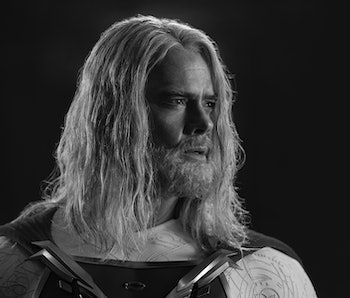 Have you lived up to “The Code”? On Netflix, a new group of superheroes is taking over where the Marvel heroes once ruled. Jupiter’s Legacy, the first series based on Mark Millar’s comics since the streamer acquired Millarworld in 2017, is finally released on Netflix.

But what about Jupiter’s Legacy Season 2?

Here’s everything we know so far about Jupiter’s Legacy Season 2 on Netflix, including its potential release date, trailer, casting announcements, new images, and more. Bookmark this page and check back often as we’ll update this page whenever we learn more about the future of the series.

When is the release date of Jupiter’s Legacy Season 2?

There is currently no release date for Jupiter’s Legacy Season 2. A likely release date could be mid-to-late 2022, but it is unknown what stage Netflix is ready to begin production on a new season. Until the series is officially renewed, it’s just too soon to say.

Is Jupiter’s Legacy renewed for Season 2?

As of this writing on May 13, 2021, Jupiter’s Legacy is not renewed for Season 2. This may change soon, as the superhero series is currently number one in the United States, at least according to metrics known only to Netflix.

Then again, considering that Netflix spent tens of millions to essentially buy Mark Millar, it’s unlikely the company will abandon his first big series after Season 1.

What is the plot of Jupiter’s Legacy Season 2?

With so much of Mark Millar’s Jupiter’s Legacy comics still untouched by the Netflix series, it is likely that — spoilers! — the next season will involve the grisly murders of Utopian and Lady Liberty, carried out by Brainwave and the Union.

For those who haven’t read the comics, Jupiter’s Legacy isn’t just about the Utopian fighting for control of the Union against his brother, Brainwave. Instead, it’s about Chloe (played in the series by Elena Kampouris) who lives a life under the radar with her husband Hutch (Ian Quinlan) and their son. Most of Jupiter’s Legacy takes place in the near future once Chloe and her family come out of hiding to fight back against a tyrannical Union that’s been controlled by a power-hungry Brainwave (played by Ben Daniels in the series).

The Netflix series elongated much of the comic’s unexplored backstory and spent its time sowing conflict between the Utopian (Josh Duhamel) and his son, Brandon/Paragon (Andrew Horton). Season 1 ended in a way that absolutely sets up Brandon to turn on his father, but it hasn’t actually happened yet. That’s what Season 2 is for. Probably.

Where can I watch the trailer for Jupiter’s Legacy Season 2?

There is no trailer available for Jupiter’s Legacy Season 2, but you can always read the comics or rewatch Season 1.

Who is starring in the Jupiter’s Legacy Season 2 cast?

While a cast is not yet confirmed for Season 2, it is more than likely that the stars from Season 1 will return to their roles should Netflix greenlight Jupiter’s Legacy for another season.

“I’m hoping to explore a bit more of the darkness of Brandon,” actor Andrew Horton told Inverse about Season 2. “For those who have read the comics, there’s a massive, life-altering event to come for Brandon and everyone involved within that universe of Jupiter’s Legacy. There’s so much more in the past to explore as well that’s looked at in the Jupiter’s Circle comics, of The Union and how they’ve come up through the years and made that legacy. Not only do you have the excitement of the past but the anticipation of the future as well. That’s probably what you can expect to come.”