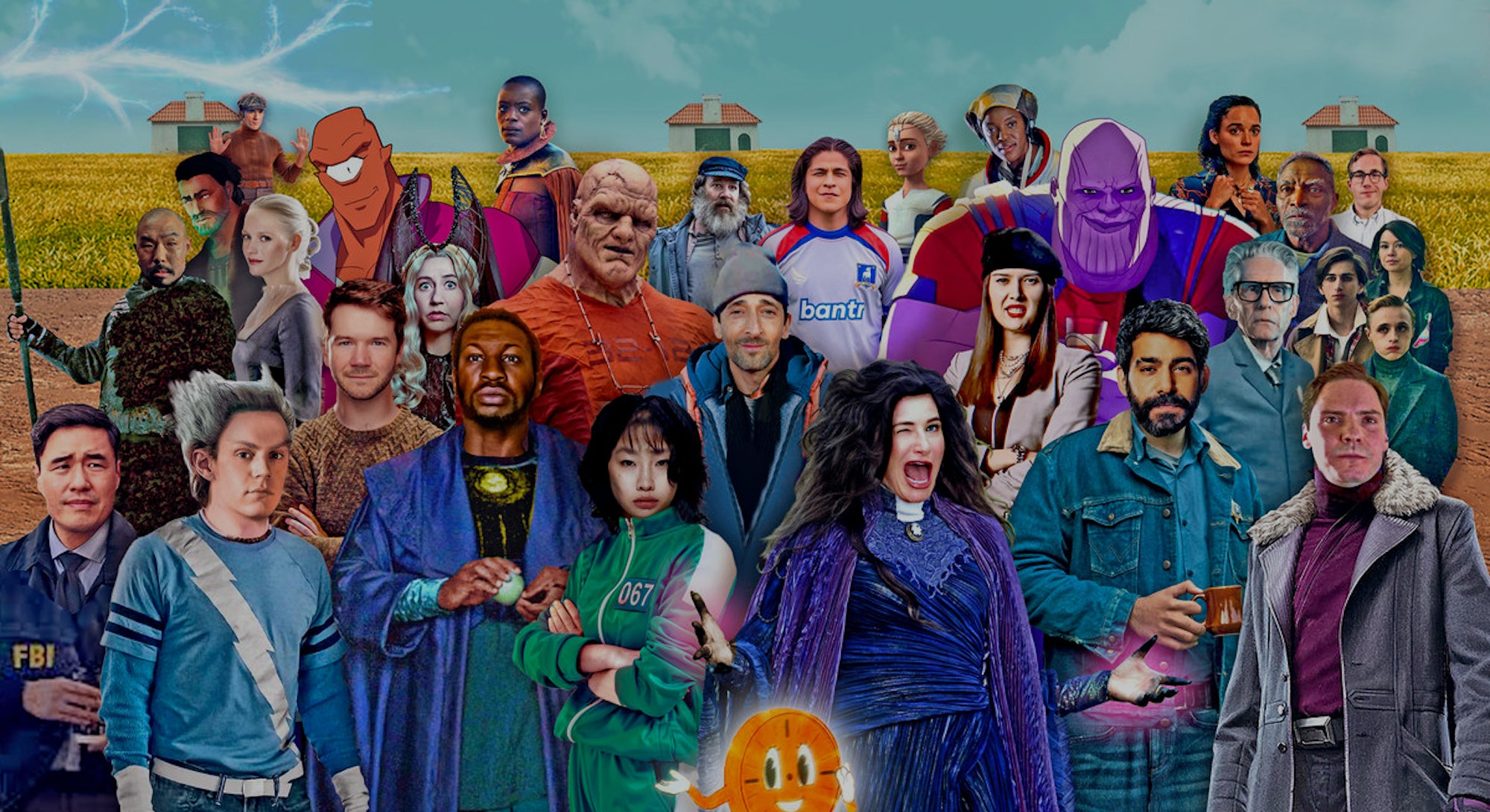 It was Agatha all along. But she wasn’t the only one.

In a year defined by varying levels of restored “normalcy” (whatever that even means), there’s one thing we can all agree on: there was a lot of great television. Once more, the streamers reigned supreme, delivering all the drama, action, and imagination TV was practically made for — and only a subscription fee could afford. What’s a “cable,” again?

On Disney+, Marvel Studios kicked off the year fast and hard with WandaVision, which in meta terms celebrated the very medium and history of TV. But in its first year as a producer of television, the dominant Marvel brand saw stiff competition from buzzy freshman programming, like Netflix’s Shadow and Bone and Squid Game to Foundation on Apple TV+, to returning favorites like What We Do in the Shadows, For All Mankind, Succession, and oodles more. The Infinity Stones may have been powerful. Know what else is powerful? A solid HBO Max original.

A staple of any great TV show, streaming or not, is that unforgettable, unmistakable character off to the sides. No matter their minuscule screen time or modest lines of dialogue, you’d be hard pressed to forget that one (or two, or three) character(s) who make a big splash with what little they have. These characters are what we at Inverse affectionately call the “Scene Stealer.” They aren’t the heroes of the show. But you know what? They should be.

In 2021, the return of TV meant the return of Scene Stealers. Maybe we found them in the fringes of the multiverse, just waiting for us to get there. Or maybe we were surprised by them as the one-and-done celebrity guest star. Maybe we were moved by them as the individual who best embodies their show’s themes more than the “protagonist.” Or maybe, just maybe, they’ve been here all along, waiting for 2021 to leave their mark. At their core, Scene Stealers are the real ones who make TV binge marathons so engrossing and so much fun. We don’t often realize it, but these lively characters are the reasons why we’re still watching at all.

This year’s Scene Stealers is a bit different than last year’s. For 2021, Inverse ranked 30 characters from throughout the TV multiverse. Each character will have a dedicated essay — with over a dozen written by talented voices outside Inverse — in which these unsung heroes of television get the salutations they deserve. Expect a new essay for a new character each day, starting today. In the last week of December, we'll crank things up with two new pieces per day until the end of the month.

A brief reminder on shows not “represented”: The diverse team at Inverse all have their favorite shows, from hits like Cobra Kai and Evil to gems like Brand New Cherry Flavor. (The likes of Dickinson and Rutherford Falls and Hacks and The White Lotus are all must-see TV you must actually see before 2022.) Crucially, Scene Stealers ain’t about the show but the characters who steal them. This means even shows we love, like Mythic Quest, will not have a presence here.

So, who do you think made this year’s list? Will we stan your problematic fave? Will we introduce you to a show you’ve never heard before? As they used to say when TV had commercials: Stay tuned.

December 11: Milo the Goat (Shadow and Bone) by Olivia Truffaut-Wong

December 12: The Guide (What We Do in the Shadows) by Jessica Scott

December 14: Danielle Poole (For All Mankind) by Ryan Britt

Scene Stealers is Inverse’s end-of-year salute to the eccentric, to the bizarre, to the unforgettable supporting characters on TV who undeniably stole the show.