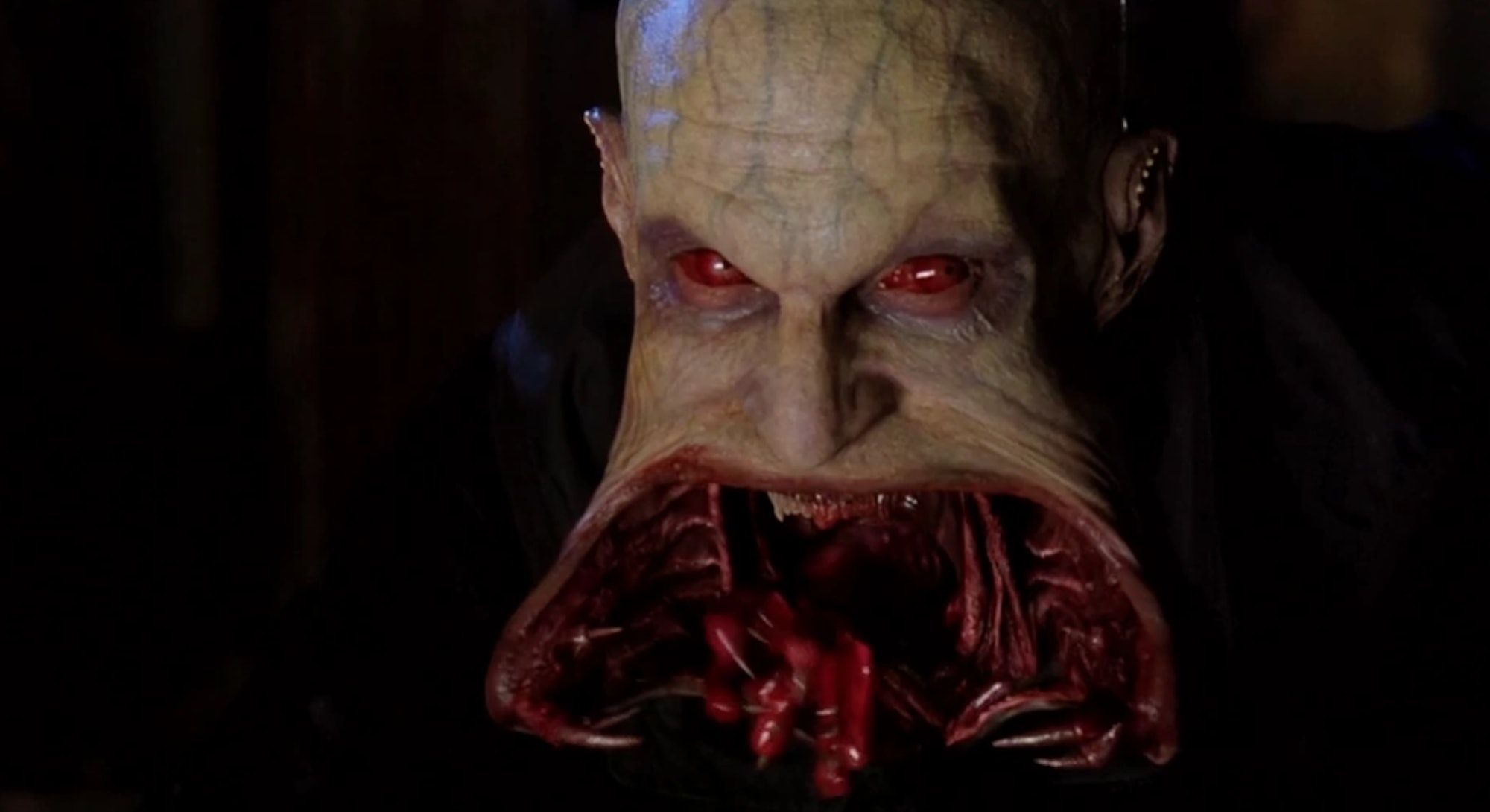 The Daywalker will rise again.

While little is known about Marvel’s Blade reboot — starring Mahershala Ali and directed by Bassam Tariq — one thing is certain: there will be blood.

The film, also featuring Delroy Lindo and Aaron Pierre in unannounced roles, will introduce a new threat to the Marvel Cinematic Universe: vampires. If Blade’s recent comic book appearances are any indication — and rumors of the film being a globe-trotting adventure hold true — we may see Blade and his fellow hunter face off against a united threat in the form of the Vampire Nation.

And if that happens, it could be the start of an international conflict within the MCU bigger than anything we’ve seen so far.

The Gutter is an exploration of the concepts, criticisms, and curiosities that live between the panels of comic books and their adaptations.

Vampires in the Marvel universe

First, a little history lesson. Vampires in the Marvel Universe owe their existence to the Darkhold, the book of evil magic created by the demon Chthon. A group of Atlanteans, the Darkholders, used the book in 18,500 B.C. with the intent to create an army. Instead, they created the world’s first vampire, Varnae, who would later tangle with Thor during the Viking era.

Varnae’s progeny grew in number, but he became tired of his immortality. Before taking his own life, Varnae chose one man to become his successor and Lord of the Vampires: Vlad, the Impaler, who the world would come to know as Dracula.

Dracula’s exploits in the Marvel Universe were chronicled in Tomb of Dracula, the 70-issue series that took elements of Stoker’s novel and continued them into the 20th century. Rachel van Helsing, Quincy Harker, Hannibal King, Frank Drake (the son of Dracula), and Blade were all introduced in this title.

While Doctor Strange tried to rid the world of vampires through magic in Doctor Strange, the Sorcerer Supreme #14 - #18, their counter-magic proved to be too strong and they regained their hold on the world. Everyone from Spider-Man to the X-Men and even Howard the Duck has tangled with vampires over the years. Some of the heroes, like Jubilee, have even become vampires themselves. (Don’t worry, she turned back into a human eventually.)

Dracula’s first effort to create a vampire nation happened in the pages of Captain Britain and MI-13 #10 (2009) in which he and his coven, consisting of Baron Blood, Lilith, Captain Fate, and Spitfire sought to dispose of the U.K.’s paranormal agency, M-13. The plot ultimately failed but it laid the groundwork for more a more ambitious plan in the future.

In the pages of Jason Aaron’s Avengers, Dracula decides to take a page out of the Mutant playbook and founds a nation. Chernobyl becomes the Kingdom of the Vampires, and a once-weakened Dracula finds his strength renewed after hiring Omega Red to steal Wolverine’s blood. (This also allows Dracula to survive in sunlight.)

Vampires have become a much more centralized threat in Marvel, rivaling Atlantis and Latveria. Thankfully, Blade is also a member of the Avengers.

The tables may soon turn for both Blade and Dracula. The recently announced one-shot Blade: Vampire Nation by Mark Russell and artist Mico Suayan will see Blade working as law enforcement within the Vampire Nation. The vampire-hunter is tasked with uncovering a conspiracy to assassinate Dracula. The book will hit stands in November, a year before the Daywalker returns to the big screen, which brings us back to the MCU...

Blade and Dracula in the MCU

As you can tell from the comics, Dracula and vampires have their fingers in many corners of the Marvel Universe. Thor, Blade, Namor, The Black Knight, Wolverine, and Doctor Strange have all tangled with the Army of the Unliving. It’s no surprise then that these characters are all set to become a larger presence in the MCU going forward, just in time for vampires to hit the scene. So how will Marvel Studios weave them into the MCU’s history?

I suspect vampires have always existed in the MCU, going back to the time of the Eternals, and are maybe even offshoots of Deviants. Kingo (Kumail Nanijani) even jokes that his assistant Karun (Harish Patel) thought he was a vampire at first. But their numbers likely dwindled. It’s possible the destruction of the Darkhold in Doctor Strange in the Multiverse of Madness didn’t destroy the threats but posed unleashed them, populating the world with more vampires, among other things — some of which we got get a glimpse of Marvel’s upcoming Halloween Special on Disney+.

Given that Dracula is Blade’s most notable enemy, and also has a history with Dane Whitman, (aka, The Black Knight), a member of M-13 in the comics, it seems likely the MCU’s version of Dracula will soon make his debut. Regardless of whether the film goes for a familiar approach or tries something new, it’s certainly got to be better than the version we got in Blade: Trinity (2004).

There’s also the question of Varnae. While the character’s origin is somewhat tied to Kull and Conan mythos — which Marvel does not have the film rights to — the character could still be tied to the underwater kingdom of Talocan, which replaces Atlantis in Black Panther 2. I’m keen on the idea of a more ancient vampire existing before Dracula and playing into the whole notion of legacy that has defined much of The Multiverse Saga thus far.

The immediate takeaway from vampires debuting in the MCU is that projects like Midnight Sons and M-13 become all the more likely as Marvel expands into the supernatural frontier. There’s even a chance that we may see Morbius (Jared Leto) show up, who does have strong ties to Blade and Doctor Strange when it comes to their dealings with vampires. But as for the bigger picture? Nothing less than WWIII.

With Talocan and its leader Namor (Tenoch Huerta) set to be introduced in Black Panther: Wakanda Forever, and rumors of Latveria and Doctor Doom being introduced by the end as well, I wonder if the introduction of a Vampire Nation in Blade could set the stage for new world superpowers and perhaps a global conflict between Talocan, Wakanda, Latveria, and the Vampire Nation.

Throw Krakoa or Genosha in the mix and you’ve got a not-so-secret geopolitical struggle and plenty of blood to be spilled.

Blade swoops into theaters on November 3, 2023.