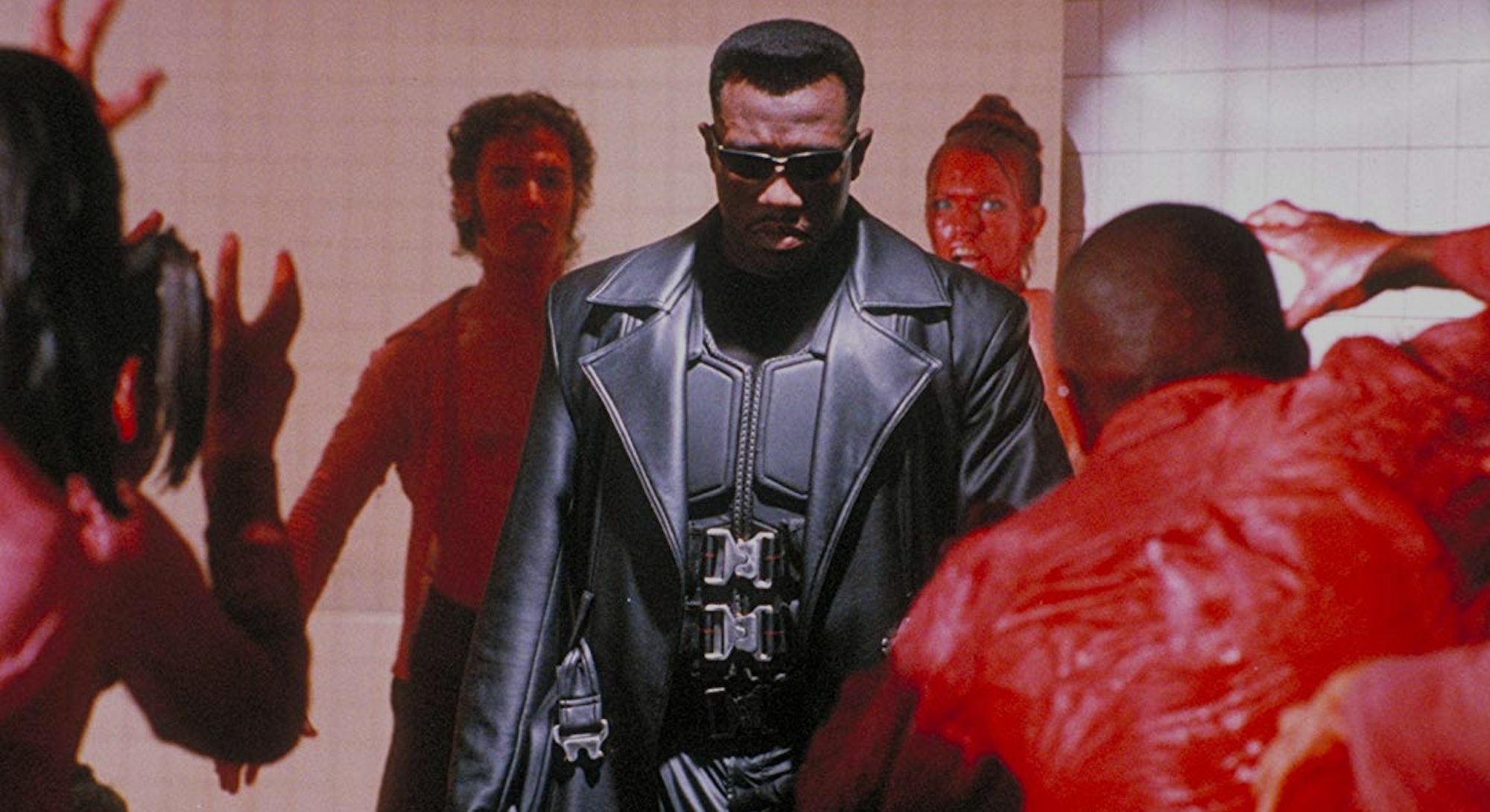 Look out bloodsuckers— Blade is joining the Marvel Cinematic Universe.

The new film isn’t scheduled for release until around 2022, but Marvel's vampire-killing hero is already been: Blade will be played by two-time Oscar winner Mahershala Ali, who's technically already appeared in the MCU as Cornell “Cottonmouth” Stokes in the Netflix series Luke Cage.

Of course, this won't be the first time we see Blade in theaters either. The human-vampire hybrid practically essentially launched the current wave of big-budget superhero movies back with a trilogy of films in the '90s and '00s starring Wesley Snipes. And if Marvel knows what's good for it, the studio will learn from the strengths (and weaknesses) of the original Blade movies.

So while we wait for Blade, here are 10 things Marvel needs to learn from the Wesley Snipes movie to make a truly great reboot.

10. Vampire Violence Is A Winner

What made Blade so popular was the film's well-executed action scenes, which featured exploding vampires galore and blood and guts flying everywhere. It was truly a glorious sight to behold. Blade was gruesome without being revolting — tasteful gore, I like to call it.

Give the audience compelling visuals that draw the eye, and they’ll enjoy the Blade experience all the more.

9. Have A Memorable Villain

A fleshed-out hero is important, but what makes a superhero movie a film to remember is a great villain. The original Blade movies didn’t really do villains particularly well. Instead, they were forgettable and boring. Blade is a fun character, but Deacon Frost and Damaskinos won’t go down in supervillain history. Marvel needs to give Blade a truly captivating, entertaining adversary.

8. But Don’t Make Dracula That Villain

Blade already fought Dracula (excuse me, “Drake”) once, and Marvel fans are still recovering from that experience. We get it: Blade fights vampires, so why shouldn’t he fight Dracula?

But look, at this point, fighting Dracula is a cliche. Everyone does it. It’s time for more creativity.

7. Skip the Annoying Side Kick

One of the worst things about Blade II was Scud, Blade’s godawful annoying pothead (but mercifully temporary) sidekick played by none other than Norman Reedus. He was supposed to be the comic relief, but he was so unfunny we wanted him to hurry up and die. Scud’s shining moment was when he finally exploded into a shower of blood and guts.

The MCU is full of interesting characters for Blade to team up with. Let's hope they leave Scud out of it.

The first Blade movie works fine on its own, but the plot is a mess going into Blade II. From the beginning, the sequel undermines most of the first movie and cheapens the original's emotional ending. Blade II wrote off promising characters with no explanation (R.I.P., Karen Jensen) and brought back a decidedly dead character for no reason except a lack of imagination.

Thankfully, Marvel is already pretty good at keeping complex plotlines in order across multiple movies, so this shouldn't be too difficult to pull off.

5. Resurrecting a Dead Character is a Delicate Business

Yes, this is a comic book movie, so resurrecting dead characters is typical — but it needs to be believable!

Whistler died a poignant but understandable death in the original Blade. But in the opening of Blade II, he's alive and being held prisoner by vampires. There was absolutely no reason for the character to come back after a heart-rending death, and his return was a result of lazy and sloppy writing.

This is a lesson Marvel should keep in mind in general, no matter how tempting it might be to bring back Iron Man after Avengers: Endgame.

Blade II and Blade III both relied heavily on expository dialogue. Blade's mentor wasn’t dead after all? The hero provides a lengthy monologue explaining why he’s still alive. Who is this random character we’ve never seen before? Don’t worry, that person will provide a hurried speech explaining their origins. The audience doesn’t want to be talked at. They want to see what’s been happening, not have someone deliver a rushed explanation.

Look, I love a developed, well-written female hero. But I don’t like it when an underwritten female character is thrown into the mix because the writers think they need to meet a quota. Also, "independent, bad-ass fighter chick” doesn't equal character development. Jessica Biel from Blade III is pretty much the embodiment of this trope, and Nyssa from Blade II isn't much better.

Dr. Karen Jensen in the first Blade showed more promise. She played an active and intelligent role, and by the end, we were led to believe that she would be working with Blade going forward. But she disappeared after the first film with no explanation. Maybe the MCU will finally give Dr. Jensen the story she deserves.

When introducing any female character, please note that they should not automatically be relegated to the role of love interest. Thankfully, the Blade movies don’t harp too much on Blade needing a girlfriend, but romantic interest was often heavily implied.

First, it was Karen Jensen in the first movie — because why else would he have saved her instead of killing her after she was vampire bitten? Then it was Nyssa in Blade II. Neither was an obnoxious pairing, but both seemed forced and unnecessary. Luckily, there was no romance in Blade III, but I suspect that’s because Wesley Snipes was such an asshole on set.

Blade has a fascinating backstory. He was born to a pregnant woman bitten by a vampire who died while giving birth. As a half-vampire, Blade vows to kill all vampires — particularly the one who murdered his mother. (Spoiler: Blade finds out his mom didn’t die but became a vampire.)

This twist was revealed in the first movie, but it felt pretty rushed. Blade doesn't have time to process the news. Instead, he has to go straight from avenging his mom to killing her. Turning momma Blade into the movie's main villain would have made for an even more interesting story, and maybe if Marvel is listening now the new Mahershela Ali movie can right this wrong once and for all.

'BLADE: TRINITY' IS SO BAD IT MAKES 'SPIDER-MAN 3' LOOK GOOD

'THE INCREDIBLE HULK RETURNS/ (1988) REVIEW: WE GET THOR. THAT'S SOMETHING