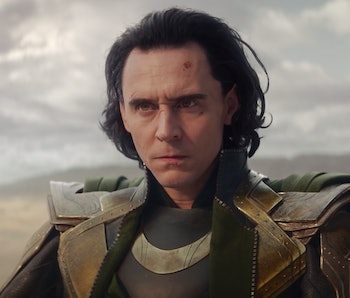 Is the MCU making a deal with the devil? The Marvel Cinematic Universe is entering Phase Four with a full slate of TV shows — WandaVision, The Falcon and the Winter Soldier, Loki and more — that will set the tone for what’s to come.

While another Avengers film is not currently planned for Phase Four, it’s possible the Disney+ shows will set up a devilish villain who to battle the superhero team in Avengers 5. Here's why this

First introduced in 1968’s Silver Surfer #3, Mephisto is basically Marvel’s version of the devil and he goes so far as to call his home realm Hell. He’s notorious for a number of evil acts, including the theft of souls and manipulation. Mephisto once sided with Thanos in his search for the Infinity Stones before attempting to take the power of the Infinity Gauntlet for himself.

He enjoys chaos, and has a reputation making deals in exchange for control or punishment. Mephisto is also responsible for creating the antihero Ghost Rider, a human who is bonded to a fire demon. In addition to having dangerous magical powers, Mephisto can alter time and memories. The demon can’t be killed all that easily and, even if he is destroyed, he can be restored from within his realm.

Mephisto may have already been revealed in the new Loki trailer. The scene in question sees Owen Wilson’s character handing something to a young girl while inside a church. Behind them is a stained glass window with an image of a saint. Upon closer inspection, however, the character is a smiling red-faced creature with horns that looks an awful lot like Mephisto. This may be our first clue that the immortal shapeshifting demon has arrived to wreak havoc in the MCU.

Leaked set photos from The Falcon and the Winter Soldier revealed a couple of men (presumably extras) wearing black leather jackets that sported the face of a red demon. Meanwhile, fans have speculated that the villain responsible for Scarlet Witch’s alternate reality in WandaVision is none other than Mephisto.

In the comics, Mephisto and Wanda have quite the history. At one point, the Scarlet Witch uses magic to conceive children with Vision, unknowingly attracting pieces of Mephisto’s soul. It doesn’t go over well with her when the demon ultimately takes back his soul fragments from inside the twins. In the framework of the show, it could turn out that Wanda made a deal with Mephisto to alter the memories of her life.

He’s done it before — to Spider-Man and others. If so, there’s always a price for such bargains and Mephistor could return later on for payment. While it’s unclear if Mephisto will go on to become the next big bad, the Disney+ series seem to be laying the groundwork for his arrival. It can’t be a coincidence that he’s being teased in three shows, right?

It would be quite the twist if the devilish creature were to make deals with several superheroes from across time and space before arriving back on Earth to fight them all in Avengers 5. Think of how epic that would be. Mephisto is nothing if not a con man who enjoys immense power and destruction. His introduction could prove to be a huge obstacle for the Avengers and it’s about time that they faced a challenging new rival who enjoys tricking people almost as much as Loki.