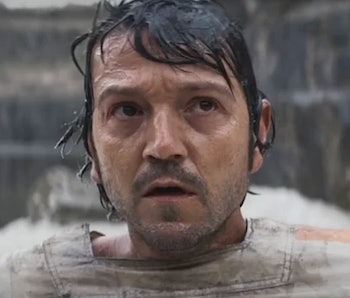 Parting will surely be sweet sorrow as the last episode of Andor arrives this week for what’s sure to be a rebellious affair — until the Star Wars show returns for Season 2. But what will happen in Andor Episode 12 and, more importantly, what time will it be released on Disney+?

Here’s everything you need to know, from release date and start time to the plot of Andor Episode 12.

What is the Andor Episode 12 release date?

What is the release time for Andor Episode 12?

What is the plot for Andor Episode 12?

The Empire is counting on Cassian returning to Ferrix in the wake of his stepmother’s passing. No doubt Supervisor Dedra Meero will be on hand with her deathtroopers to nab him at the funeral. Also making a beeline for the planet are Vel Sartha, Syril Karn, and Luthen Rael.

Crashing this restricted ceremony might be the Empire’s biggest mistake as it should incite locals to stand up and fan the flames of rebellion, especially when Maarva’s prerecorded hologram is played. These events should galvanize Cassian to fully join the Rebel Alliance.

Meanwhile, the mission to assault the Empire’s Spellhaus Power Station is murky. There’s a chance Luthen changes his mind about alerting Anto Kreegyr and his crew about the bait set by Empire, Saw Gerrera might swoop in to save the day with his pilots delivering air support to the attack.

Is there a trailer for Andor Episode 12?

There is no solo preview teaser for the season finale except for a 13-second Twitter peek released by Disney+ on Monday that’s mostly edited with scenes from previous episodes, except for brief flashes of an angry Ferrix mob clashing with aggressive Imperial ground forces. Have a look…

What happened in Andor Episode 11?

We began with Cassian and Rogue One partner Ruescott Melshi scaling a cliff on Narkina 5 and trying to steal a quadjumper ship only to be ensnared by a Keredian named Cycyed Ock and his brother. When pressed about their allegiances to the Empire they revealed that they’re escaped prisoners. No fans of the Empire, the aliens are pleased to offer their junker spacecraft to scoot off the planet and back to the resort world of Niamos where Cassian’s personal effects were left.

On Ferrix, Maarva succumbs to her terminal ailments and passes away, leaving her grieving droid Bee lonely and confused. Dedra Meero at the ISB orders the funeral to be a restricted affair, one where she wholeheartedly hopes to capture Cassian.

Vel Sartha heard of Maarva’s demise and visited Mon Mothma on Coruscant to tell her of her plans, but it remains unclear if she’s still trying to take out Cassian per Luthen’s orders or not. Mon relates her financing troubles to Vel and admits her being forced to deal with Davo Sculden.

Over at the Karn household, Syril got a transmission from a former Pre-Mor colleague, Linus Mosk (Alex Ferns), who tells him that Maarva is dead and that might attract Cassian’s return. This reignites Syril’s vengeance and he steals money from his mom’s stash to pay for his trip.

Meanwhile on Segra Milo, Luthen hooked up once again with Saw Gerrera to tell him his air support is not needed for the Spellhaus Power Station assault as he’s decided to protect his ISB source Lonni Jung instead and let Anto Kreegyr and his men go down for the greater good.

Leaving the planet, Luthen cleverly dodged an Imperial Arrestor Cruiser with a barrage of countermeasures and fancy flying before zapping into hyperspace in electrifying Star Wars style.

Cassian communicates with a confederate on Ferrix who tells him that Maarva has perished, which sets our spy on a course for that planet to attend her funeral along with everyone else!

Strap in with us for the season-ending sendoff with all eyes on Ferrix and rebellion brewing.

Yes, Lucasfilm showrunner Tony Gilroy is committed to a second season of Andor that will take us right up to the daring theft in 2016’s Rogue One: A Star Wars Story. The sophomore outing is scheduled to start cameras rolling this month for another 12-episode season that won’t arrive until late 2023 or early 2024.