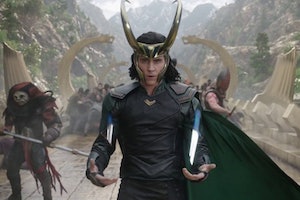 Leaks are a blessing and a curse for the Marvel Cinematic Universe fandom. While they often offer tantalizing glimpses of what’s to come, many fans had been convinced by leaks and theories, for example, that Mephisto was the Big Bad of WandaVision, only to be bitterly disappointed when that turned out not to be the case.

Leaks are a high-risk, high-reward activity, in other words. But for those willing to test their luck, here are 41 leaks for the upcoming spinoff series Loki.

Redditor Roryjustdied collected all existing leaks for Loki, ranging from the already confirmed (Owen Wilson will appear!) to the exceedingly sketchy (it’s already confirmed for another season!). There are over forty of them, which you can read below, sorted by trustworthiness.

Keep in mind it would be practically impossible for all of these leaks to be true. After all, this Redditor collated another post for The Falcon and the Winter Soldier that turned out to be mostly false (as funny as it would have been to actually see Sam take his wings through TSA). Expect more of the same from these leaks.

Still, there’s a lot to be mined from this collection of rumors and potential reveals. By combining and cross-checking multiple news sources and scoops, one can draw interesting conclusions that portend an unsurprisingly complicated but very fun storyline for Loki.

More than one leak alludes to multiple versions of Loki popping up across Loki Season 1’s early episodes. Deadline, an extremely reputable source, reports that a few Lokis will factor into the series, and this is backed up by a seemingly undeniable set photo. Based on that, at the very least Loki’s female counterpart can be expected in the new series.

But then there’s the issue of “Kid Loki,” which seems like the natural next step for Loki, as both Lady Loki and Kid Loki have multiple appearances in the comics. While there’s no physical evidence of a Kid Loki appearance, actor Jack Veal has confirmed he’ll be in the series. A British kid with dark hair and blue eyes could be playing another role in Loki, but it’s likely Veal will appear as a version of the Trickster God himself.

Loki is an extremely popular romantic lead in the realm of fanfiction, but not so much in the MCU. However, if the leaks are to be believed, that will all change. Maybe that explains the Black Widow-lookalike figure in the trailer.

Leaks also suggest that multiple Lokis will have romantic interests. Loki’s identity within the comics is canonically genderfluid, so if Lady Loki and Loki are the same person, including them both in heterosexual relationships would be a roundabout way to confirm a genderfluid and bisexual Loki without having to show a same-sex relationship. That seems fitting for a show that, airing during Pride Month, exhibits the certain levels of conservatism you’d expect from a Disney+ show.

Kang the Conqueror appears in the leaks multiple times, suggesting either an appearance by Jonathan Majors ahead of his role playing the classic villain in Ant-Man: Quantumania, an appearance by another alternate Kang, or an entire Council of Kangs.

As exciting as any of these reveals would be, it doesn’t really make sense for Kang to show up in Loki given the current state of the MCU. Why reveal a major villain of a future Marvel film in a series that won’t make the same kind of splash as a theatrical release?

Maybe including an alternate version of Kang would pave the way for his future appearance in the franchise, but that feels like too much of a stretch. That said, The Falcon and the Winter Soldier introduced Contessa Valentina ahead of Black Widow, so perhaps we’ll be surprised.