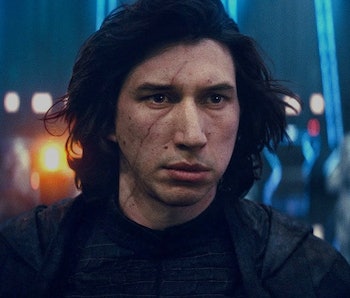 It’s been a rocky few weeks for Star Wars fans, with the conclusion of the stellar first season of The Mandalorian and the mixed reception for The Rise of Skywalker. Whether you enjoyed the (allegedly) final installment of the Skywalker Saga or not, most of us can agree the latest installment moved at a breakneck pace. If you’re looking for more answers about all that went down with Rey, Palpatine, and Kylo Ren, you might find them in the movie’s upcoming novelization, according to author Rae Carson.

Spoilers ahead for The Rise of Skywalker. Consider yourself warned.

On Twitter Thursday, Carson shared “if the #TheRiseOfSkywalker film included everything in the novelization, it would definitely be at least 3 hours long.” Carson’s The Rise of Skywalker: Expanded Edition comes out on March 3. While that seems like a rather long gap, the Last Jedi novelization also came out in March after the December theatrical release, presumably to avoid spoilers making their way online. (So much for that!)

Carson’s comment could apply to most novelizations, but it comes at a time when fan speculation about an alleged “Abrams cut” of The Rise of Skywalker has sparked debate and outcry online.

According to an extensive Reddit thread posted on January 1, an unnamed source who claims to have worked on the production says Abrams was “devastated and blindsided” by extensive cuts to the film, which was allegedly more than three hours long in the director’s early November version of the movie. The redditor also claims onscreen cameos of beloved characters from earlier Star Wars movies were cut, and that the final scene with Kylo and Rey was “as at least 4 minutes longer with more dialogue.”

While it’s unlikely fans will ever get their hands on an “Abrams cut” — if such a thing even exists, which is pretty unlikely for reasons outlined here — it is clear that the process of making Rise of Skywalker was extremely rushed. In a recent episode of the Rough Cut podcast the movie’s editor, Maryann Brandon revealed she and Abrams were basically editing the movie as they shot it, owing to their drastically reduced production timeframe.

“It’s a struggle. It affected everything,” Brandon explained. “So, I suggested I cut on the set…we had two tented rooms…so I just went wherever JJ was, usually 10 feet away from the camera, wherever the camera was. And I just mobile-y cut. And between takes, he could sit down with me and we could go over things.”

Screenwriter Chris Terrio expressed similar sentiments in an interview with Awards Daily, noting that he would have preferred to split the movie into two parts.

“If there were a way of doing it, splitting it would have been my dream. We could have written these characters forever. There was so much backstory that had to be left by the wayside,” he said. “I wish that we could have that, but George always said it was nine movies.”

Will the Rise of Skywalker novelization give fans all the answers they’re hoping for? Probably not. But it’s likely to take on a similar role to the Visual Dictionary, filling in smaller details that didn’t make it into the final cut of the movie for whatever reason.

If there’s a whole lot of Force ghosts and more Reylo scenes in the Expanded Edition, then there might be something to that Reddit thread. But for now, don’t hold your breath.

The Rise of Skywalker: Expanded Edition comes to booksellers March 3.