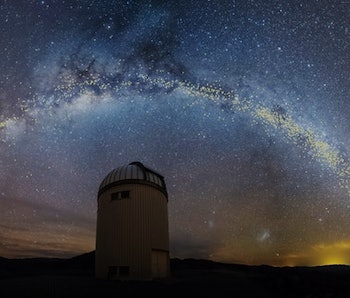 Happy Monday, Inverse Daily fam. Here’s some news to get you started: The entire discography of the ‘90s band Tool is now available to stream online. Cool. Now let’s get you caught up on today’s news.

“We don’t need to settle on a medieval solution for a 21st century problem.”

All the hype about plant-based meat might make it seem like we’re moving into a future where steaks and pork chops are obsolete. Not so, Mike Brown tells me: It’s looking more like there’ll be room for both meat and its plant-based counterpart, and that’s okay. Analysts have shown that 98 percent of people who buy plant-based meat still buy meat, and they spend more on the latter each year. Hey, it’s not like anybody said we could only eat one or the other.

Of course, from a climate crisis perspective, it would be ideal if plant-based meat took over, since its carbon footprint is significantly smaller than that of actual meat and relies on less destructive agricultural practices. It would probably be healthier, too, considering overconsumption of red meat is associated with premature death. But for now, it looks like meat and plant-based meat can coexist, at least until lab-grown meat shows up in groceries.

Find out why plant-based meat isn’t likely to replace the conventional stuff.

Don’t Get it Twisted

If you’ve ever seen an image of the Milky Way, you’ll probably remember it depicted as a flat spiral of light, its many arms winding along the same plane, like foam on a freshly stirred coffee. Apparently, those images got it all wrong. As Scott Snowden reports, new three-dimensional maps of our galaxy show that the disc we’ve all come to know is actually “a bit warped.”

What that means is that if you were to look at the Milky Way from its side, it would not appear flat, as a disc would, but rather S-shaped. Coming to this conclusion was not easy. Remember that our solar system exists in just one of the many arms of the Milky Way’s spiral, and as researchers explain, we exist inside the same plane of the spiral’s structure — making its bends outside of that plane difficult to observe, until now.

Find out how researchers managed to image our galaxy from the inside.

If you haven’t seen the terrifying video of the glacier melt roaring out of Greenland, which just experienced an unprecedented heat wave, take a moment to do so here. Glaciers that have been frozen for millennia are now melting around the world because of the climate crisis, not just in the polar regions but at Earth’s “third pole,” the Himalayas.

Sea level rise aside, melting glaciers are presenting another, perhaps unexpected, issue: Pollutants trapped in the ice for decades are now being released into the freshwater supply, where they threaten any organisms that rely on it. In the Himalayas, scientists are finding high amounts of PFAAs — hazardous chemicals used in pesticides — in lakes downstream, raising concerns that they may bioaccumulate in local organisms and, eventually, in the people who consume them.

Learn more about frozen pollutants and the “Arctic paradox.”

Mosquito bites are irritating enough on their own, but they become infinitely more problematic when they carry disease. In recent years, Americans have become well aware of illnesses like West Nile and Zika that can be passed on through the tiny insects, but cases of a new, rare disease are on the rise. A virus causing Eastern equine encephalitis, sometimes called triple E or sleeping sickness, has been detected in 92 local mosquito samples in Massachusetts.

The illness that results from infection with the virus is extremely rare, Emma Betuel tells me — according to the CDC, usually only an average of only seven cases are reported in the US each year — but it is dangerous. In 30 percent of cases, it can be fatal. The reason the Massachusetts Public Health Department have shut down public spaces from dusk until dawn in a town called Freeport, 50 miles from Cape Cod, is because the mosquitos have become active unusually early in the season.

Learn about what could be causing their early activity.

Guglielmo Marconi, often considered the father of radio, was perplexed by the signals he picked up in the early 20th century, suggesting they may have come from “inhabitants of other planets.” Radio, at that time our best means of wireless, long-distance communication, soon became our best bet for listening to — and contacting — aliens. To this day, SETI (Search for Extraterrestrial Intelligence) still largely uses a radio-based approach, sending signals out and hoping we’ll pick up on the ones being sent back. But now, SETI is considering a different approach involving lasers.

Radio, after all, isn’t the only way to send information over long distances. As SETI senior astronomer Seth Shostak explains, “You can send even more bits per second on a light beam than on a radio beam.” Now that we have the ability to produce a strong enough beam of light, researchers plan to shoot them into space and then watch out, using a powerful array of telescopes, for pulses of light coming back.

Here’s what Shostak thinks aliens already know about us.

Because life on this planet is only going to get better if we try to make it better, each day I’ll be presenting One Good Thing humans are doing to create positive change.

Thoughts on the best way to communicate with aliens? Let me know at yasmin@inverse.com.

Don’t get it twisted, don’t misuse it,