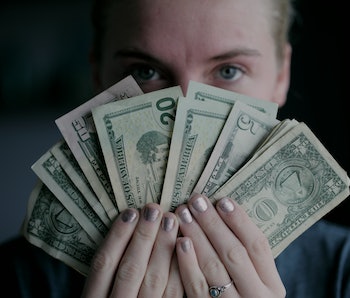 Johannes Haushofer, Ph.D. is an assistant professor of psychology and public affairs at Princeton University. He studies how money affects happiness and questions how we can “treat” the psychological consequences of poverty.

Haushofer’s research is driven by the sheer amount of poverty in the world and the need to alleviate that tragedy. He recently spoke to Inverse while sitting in the behemoth that is traffic in Nairobi, Kenya, where he started the Busara Center for Behavioral Economics, a research institution that conducts experiments on behavioral and development economics. In the conversation below, he shares insight the Center has gathered on the feedback loop that drives economic woe and depression.

What’s an example of a project that your team is currently working on?

Something that we looked at in an experiment that we just finished was the idea that, if you think that a feedback loop like this exists — and there’s a bit of evidence to suggest that it does — then to break it you could intervene in two ways. You could intervene from the poverty side, or you could intervene on the side of the psychological consequences.

So this means that you could help people become less poor in a sort of definitional sense by just giving them money. Or you could try to help them become psychologically better off by giving them psychotherapy. We just finished a project where we tested this scenario as a randomized controlled trial. We randomly assigned people to one of four groups. They either received one cash transfer — so unconditional money that’s about $500 per family — or they received psychotherapy. That involved five sessions spread out over about a month and a half. The psychotherapy program is called Problem Management Plus (PM+), and it was developed by the World Health Organization.

Another group received both of those interventions, while another served as our control group. These are people who are poor farmers in rural Kenya, and we worked both with people who are depressed and who aren’t. That allows us to say something about whether there are larger or smaller benefits of these interventions when you have depression at the baseline.

The goal here is to see whether either of these two interventions works better or worse than the other, or better or worse than nothing, in terms of improving economic and psychological outcomes. We haven’t fully finished analyzing the experiment, but it looks like the cash transfer has a pretty good effect — more so than the psychological intervention.

Is the idea that more money helps you live easier so your other burdens become less heavy?

Yes, exactly. You can improve your life in a number of different ways if you have a little bit of money. If we think that depression is often a consequence of being poor, then reducing that poverty by giving people money, you could expect that might reduce depression. That’s precisely what we found.

In concept, universal basic income (UBI) would involve every citizen receiving a certain amount of money to spend on whatever they want. Does your research indicate that if we all had UBI, then people would be happier?

Absolutely. My prediction would be that they would be happier, and there are experiments underway to test that. There is a large experiment going on in Kenya on universal basic income — that’s a 10-year program. There are several studies going on in the US, including one that I’m involved with on the East Coast, and then one by a company called Y Combinator. All of these experiments are measuring psychological well-being as an outcome. It’s my prediction that having a UBI is going to be very helpful.

As a person who is a money behaviorist, do you ever find yourself applying what you learn in research to your own life?

I am fortunate enough to not live in poverty, so much of my work doesn’t apply to me personally. But I do gain concrete insights from behavioral economics and behavioral science more broadly.

So, for example, buying insurance for small items — like an extended warranty for a television. Research indicates that those are not usually actuarially fair, so if you’re risk-neutral you shouldn’t really buy them. People typically buy them because they’re extremely risk averse. That’s an insight from behavioral science that I’ve applied to my everyday life.

Another example is sunk costs. It can be very tempting to think that, for example, if I work on a research project and it’s not going well, that I should still finish it because I’ve already invested so much money and energy on the project. But that’s the wrong way to think about it. The sunk cost shouldn’t matter for the decision going forward — the only thing that matters for the future is what ultimately becomes of that research project. I tried to avoid the sunk cost fallacy.

I was really struck when I saw that you include a “CV of Failures” on your website. Why did you decide that was something important to have out there?

Melanie Stefan, a lecturer in biomedical sciences at Edinburgh Medical School, originally proposed this idea in an article in Nature, and there are other academics who have posted their “CV of Failures” as well.

In my experience, I found that when I put it up a number of people, especially students and younger researchers, found it very helpful to see that everybody goes through similar struggles. I received a lot of emails from people saying that it had really helped them. This CV is an attempt to balance the record, and show that things don’t always work out.