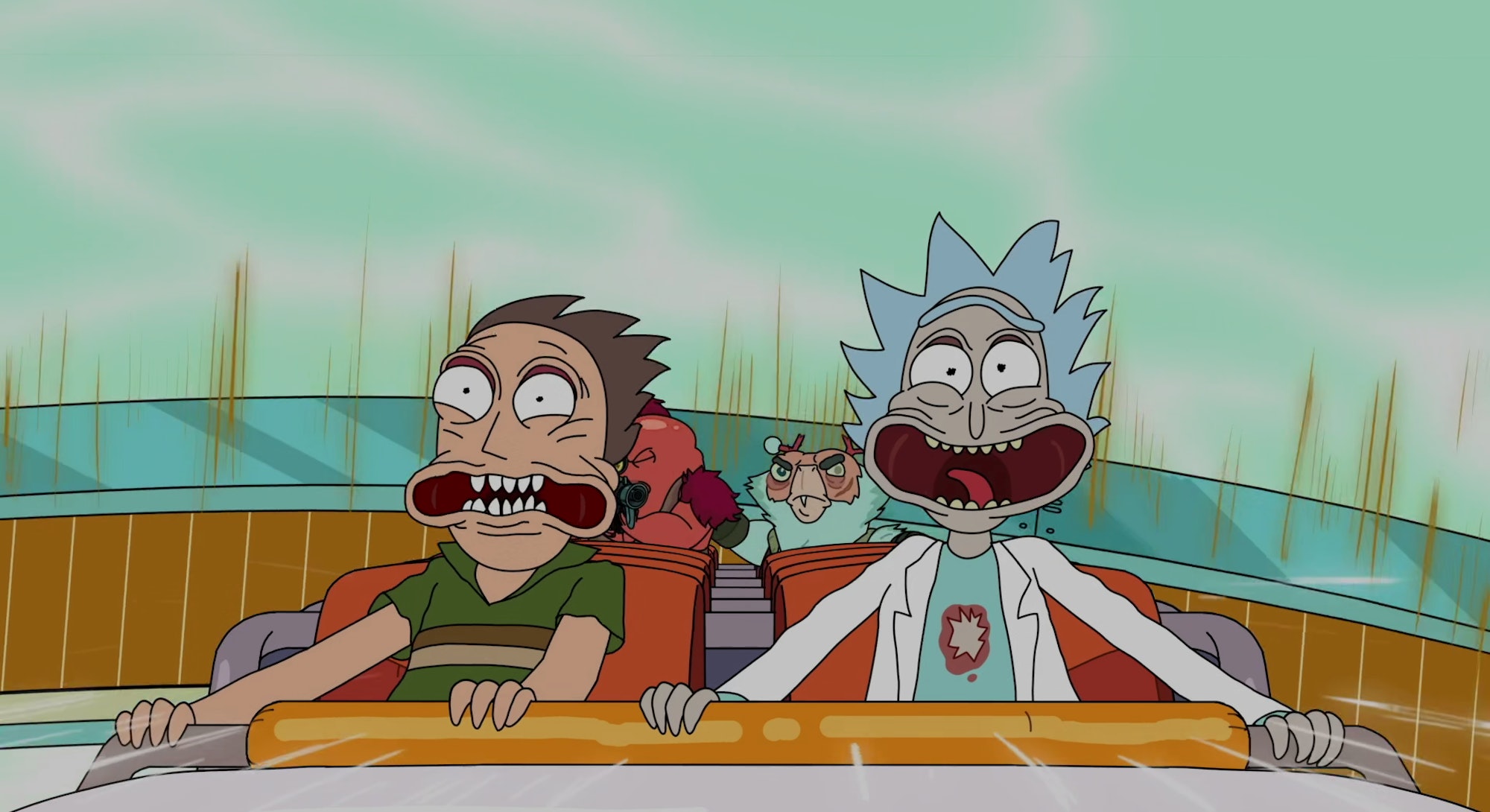 Jerry often serves as the pathetic outsider on Rick and Morty, adding a tertiary element to the show’s typical formula of a mad scientist traveling the multiverse with his grandson. He’s almost always reduced to a punchline, never growing or changing as he cedes screentime to more important characters. Even when Jerry goes to Pluto with Morty or almost donates his genitalia to save Shrimply Pibbles, he’s still the same foolish, indecisive, whiny Jerry.

There are some exceptions, like in Season 1’s “Rick Potion #9” when Jerry C-137 became a badass monster hunter, but even that ends up as just an alternate reality Jerry, not the real one the show loves to mock.

It really isn’t until the back-half of Season 3 that Jerry gets a genuinely compelling arc, and it unfolds over the course of three episodes starting with “The Whirly Dirly Conspiracy,” moving through the B-Plot of “The ABC’s of Beth,” and concluding in “The Rickchurian Mortydate.”

It’s only fitting that the first episode of the secret Jerry trilogy would begin with Jerry and Rick alone for the first time ever.

An amusing cold open features a sad, depressed, and mostly nude Jerry about to cry himself to sleep in his gross apartment. Then Rick bursts in and drags Jerry naked right out the door. It’s a callback to the opening of the original “Pilot” episode when a drunk Rick does the same to a clothed Morty, except here, Rick’s screaming about a “Rick and Jerry episode!”

Jerry assumes Rick is trying to kill him, but he’s actually taking Jerry on a “pity adventure” to a resort “covered in an immortality field” so they can get their stories straight. Despite their intentions of putting in minimal efforts so they spend as little time together as possible, Jerry is quickly thrust into a murder conspiracy.

Local alien leader Risotto Groupon wants Rick dead, and the only way to do it is to get Rick to ride the Whirly Dirly, a roller coaster that peaks outside the immortality field.

Just like in “Interdimensional Cable 2,” Jerry is riddled with indecision, initially too meek to do it. But when Rick berates him a little bit too much, Jerry goes through with the plan — only to have second thoughts yet again when Rick offers a genuine apology for meddling in Beth and Jerry’s marriage.

This is a rare moment where Rick humbles himself, but it almost doesn’t feel genuine, especially on top of him going on this adventure in the first place just to make Morty happy. Once Rick realizes what Jerry is up to, however, their temporary truce is broken.

The ensuing verbal battle is a delight to watch, satisfying if only because they finally get to vocalize feelings they’ve only hinted at for almost three whole seasons. The best Jerry can do is accuse Rick of stealing his family, but Rick eloquently refers to Jerry’s seed as “20 ccs of liquid dream-killer,” arguing that he ruined Beth’s life.

“You act like prey but you’re a predator; you use pity to lure in your victims. It’s how you survive. I survive because I know everything, that snake survives because children wander off, and you survive because people think, ‘Oh, this poor piece of shit, he never gets a break. I can’t stand the deafening silent wails of his wilting soul. I guess I’ll hire him or marry him.’”

Jerry’s punishment, then, is to endure the shame of getting smacked in the face by a Shmooglite Runner’s intimate body parts.

Much like how Season 3’s “Pickle Rick” cuts directly to the core of what makes therapy so frustrating yet rewarding, “The Whirly Dirly Conspiracy” is a cutting indictment of not just Jerry’s dimwitted passivity, but that of beta males everywhere.

When Risotto Groupon insults Jerry, degrading him even further, Jerry actually attacks. In the confrontation, Risotto’s gun misfires and knocks a piece of paneling lose that, as the ship approaches a wormhole, causes all of space and time to combine. The three of them experience a trippy shared cosmic apotheosis that to them “lasts a thousand lifetimes.”

Even if the effects last a short amount of time, Jerry and Rick still gain a newfound acceptance of one another through their shared experiences — both in an out of the apotheosis.

This marks the start of a better Jerry. The beginning of Season 3 offered an all-time low, and this is him struggling to crawl out of a pit of despair back into the real world — and back into his family.

He’ll always be the kind of guy that takes advantage of other people’s pity, but “The Whirly Dirly Conspiracy” leaves him in a place where he’s able to move on somewhat from Beth to date other women like Keara during “The ABC’s of Beth.” And eventually, he’s even able to win back Beth by appealing to her softer side in “The Rickchurian Mortydate.”

It really speaks to how so much of Season 3 was Rick and Morty at its very best, planning out a season-long arc like this that offered a dramatic pay off in the best way. And it all started with “The Whirly Dirly Conspiracy.”

If only there was a short Jerry movie that edited together all the Jerry scenes from these episodes. Then we’d truly get a potent look at his ongoing Season 3 arc.