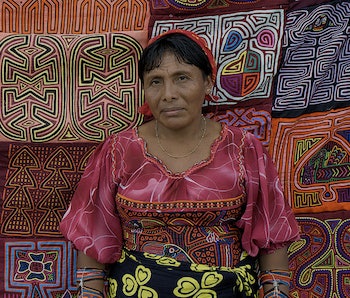 The debate over who arrived in the New World first is a contentious one. Their identities aside, nobody can quite decide how those first Americans traveled or how they dispersed once they arrived. But now, a new study published in Cell, illuminating the genetic history of some of those early travelers, reveals a unifying thread.

An international team of scientists announced Thursday that the majority of people in Central and South America can be linked to a single ancestral lineage of humans who journeyed across the Bering Strait at least 15,000 years ago. After their journey southward into the new world, this source population broke into at least three branches, which diversified and spread, some of them back toward the north.

Two of those branches are new to science. One is unexpectedly connected to the Clovis people — who were thought to be the first Americans until the early 2000s — whereas the other links ancient North Americans to people who lived in Southern Peru and Northern Chile at least 4,200 years ago.

“These [findings] are fascinating as they open new gateways into archeological and genetic research,” explains co-author and Harvard Ph.D. candidate Nathan Nakatuska to Inverse. “It was previously not known that the Clovis culture extended into South America, and it is incredible that these people were able to migrate all the way through North, Central, and South America. In addition, the new migration into the Southern Andes was not previously known, and we are unsure what historical events led to this.”

Nakatuska and his colleagues analyzed DNA from 49 ancient individuals who once lived in what is now Belize, Brazil, the Central Andes, and the southernmost parts of Chile and Argentina and died between 10,900 and 8,600 ago. The team worked with government agencies and indigenous people to identify the samples, extract powder from skeletal material, and extract the DNA necessary to created double-stranded DNA libraries.

The use of DNA is one of the most novel aspects of this research. When studying migration of ancient peoples, other scientists often have to rely on other factors, such as old footprints or lice.

This broad dataset allowed the team to link genetic exchanges between people in North and South America and confirm the common origin of North, Central, and South Americans. The analysis made it clear that the original “source” population, fresh off the Bering Strait, diversified before they spread into South America.

What surprised the study authors most was the genetic connection they found between the Clovis culture and South America. About 13,000 years ago, the Clovis were distributed across North America. Though they were long thought to be the first Americans, findings of even older remains stripped them of that title. In the new paper, the team links DNA from a Clovis boy who lived in Montana about 12,800 years ago to some of the data set’s oldest individuals, who lived much farther south, in modern-day Belize, Chile, and Brazil.

“This [previously unknown gene flow event] suggests that, surprisingly, the genetic ancestry of people who produced the Clovis culture expanded further south,” explains first author and Max Planck Institute for the Science of Human History researcher Cosimo Posth, Ph.D. to Inverse. “However, this ancestry was replaced at least by 9,000 years ago from another lineage, which left a long lasting population continuity until today, in multiple South American regions.”

Nakatuska hopes the team’s research will stimulate further investigation into these genetic bonds and emphasizes the need for researchers to respectfully work with indigenous people. While strides have been made in the past two decades, archeology has a history of cultural imperialism.

“We hope the findings will facilitate greater collaboration and engagement with indigenous communities where the communities are deeply engaged and provide their insights to help drive the science and complement the studies with their own indigenous epistemologies,” Nakatuska says.

“We must ensure that our studies benefit indigenous people, particularly those currently living in the areas near the ancient individuals from our studies.”

We report genome-wide ancient DNA from 49 individuals forming four parallel time transects in Belize, Brazil, the Central Andes, and the Southern Cone, each dating to at least ∼9,000 years ago. The common ancestral population radiated rapidly from just one of the two early branches that contributed to Native Americans today. We document two previously unappreciated streams of gene flow between North and South America. One affected the Central Andes by ∼4,200 years ago, while the other explains an affinity between the oldest North American genome associated with the Clovis culture and the oldest Central and South Americans from Chile, Brazil, and Belize. However, this was not the primary source for later South Americans, as the other ancient individuals derive from lineages without specific affinity to the Clovis-associated genome, suggesting a population replacement that began at least 9,000 years ago and was followed by substantial population continuity in multiple regions.