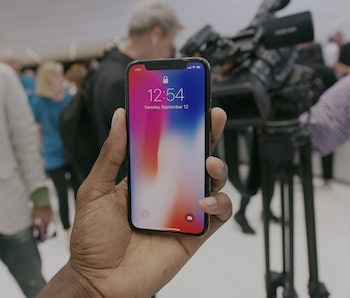 Rumblings about this year’s iPhone keynote suggest it’s going to be big.

Not only are three new handsets expected to debut, but they might come with Apple Pencil support and appear alongside AirPower as well as an all-new line of iPads.

Massive changes have been rumored — but the Cupertino-based company has remained characteristically quiet.

Since the release of the iPhone 5 in 2012, Apple has made it a habit of announcing their new roster of handsets in mid-to-early September. These press events are preceded by cryptic invites sent out to analysts, developers, and journalist roughly two weeks before the event goes down. As August comes to a close, the blogosphere begins to speculate when the RSVPs will go out.

Taking a few rumors into account as well as when invites have gone out in the past, it’s possible to get an idea of when this year’s iPhone announcement will go down.

Apple iPhone Announcement Dates: What the Past Reveals

What we know for sure is that every major iPhone event since the iPhone 5 has happened in September and that likely not going to change. Here are the exact dates of when the pervious keynote invitations went out compared to when the event happened.

Ever since the drop of the iPhone 6, Apple has sent out invites in the last week of August. While no year has been at the exact same date, precedent points to the fact that the event’s date will be announced next week.

After looking back at six years worth of iPhone events, David Gewirtz of ZDNet believes the event will take place on either September 11 or 12. He’s so confident in his guess that he even upped the ante by predicting the event would start at 1 p.m. Eastern.

Both the iPhone X and iPhone 5’s announcements were hosted on September 12 with their invitations going out August 31 and September 4 respectively. This lines up almost perfectly to what Forbes contributor, David Phelan’s guess.

Based on the fact that Apple sent out invites on the even of the IFA Berlin consumer electronics last year, he believes they’ll do the same this time around by emailing them on the August 30. Following this logic would suggest that the event itself would land on September 11, but Phelan things the company might want to avoid coinciding their release with the anniversary of the 9/11 attacks of on World Trade Center.

This seems to ring true, as an iPhone event has never been hosted on September 11 in Apple’s history, making the 12th the rough consensus. However, Phelan does state that both September 4 and 5 are two other possibilities.

Will this year’s keynote land on the same exact date as last year? If we don’t see invitations go out sooner than August 31, that might be the case.