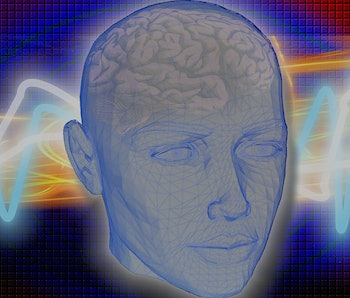 Major depressive disorder is a common, potentially debilitating illness that be chronic or strike repeatedly. Fourteen percent of the global population experiences depression, but only half of those people respond positively to existing treatments. Fortunately, it seems that the success rate will improve after a new study: Scientists announced in Nature Genetics on Thursday that they’ve pinpointed 44 genetic variants that risk factors for depression. Thirty of these genes have never been identified before.

We already know the development of depression is, in part, affected by genetics. Previous studies on twins showed that the heritability of major depressive disorder is about 37 percent, and earlier this month, scientists announced they’d found 80 genes linked to depression. In this new study, written by multidisciplinary researchers associated with the international Psychiatric Genomics Consortium, the authors reveal that 44 regions of the genome influence depression and that “all humans carry lesser or greater numbers of genetic risk factors for major depression.”

“With this study, depression genetics has advanced to the forefront of genetic discovery,” co-author and King’s College London neuropsychiatric reader Gerome Breen, Ph.D., explained in a statement released Thursday. “The new genetic variants discovered have the potential to revitalized depression treatment by opening avenues for the discovery of new and improved therapies.”

This is the largest study to date on the genetic risk factors for major depression. Combining seven separate datasets, the massive team of 200 researchers combed through data on 135,000 people with major depression and approximately 344,000 control individuals. This huge pile of information revealed precise links between specific locations in the genome and depression, proving that, like psychiatric disorders like schizophrenia, there’s a genetic basis for the illness, with a variety of genes each contributing a small effect.

As such, depression is a highly complex disease. While there are proven genetic roots, other factors can tilt the scale toward its development: In this study, a higher body mass index increased the risk for major depression, as did having a lower level of education.

Now, the scientists are looking for volunteers with depression to volunteer for future studies meant to further elucidate its link with human genetics (interested people can send an email to: darr@kcl.ack.uk). The team hopes to eventually use their data to create more efficient treatments and drugs, targeted to the relevant genes, for the millions of people around the world looking for a way to alleviate their suffering.

“This study has shed a bright light on the genetic basis of depression, but it is only the first step,” co-author and University College London epidemiological psychiatry professor Glyn Lewis, Ph.D. pointed out in a statement. “We need further research to uncover more of the genetic underpinnings, and to understand how genetics and environmental stressors work together to increase risk of depression.”