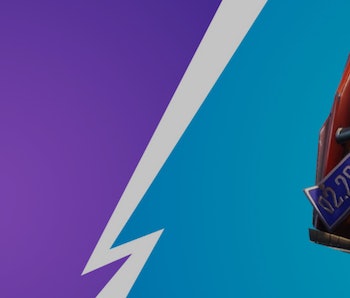 Epic Games, the developer of Fortnite, apologized for the downtime players experienced late Wednesday night up until Thursday afternoon. Along with its apologies, the company will also give away some in-game loot as a mea culpa for the frustration players felt while waiting to play.

The company posted on its website how sorry it was for the issues with the Fortnite servers, which caused a temporary shutdown of the game. To make good with the players, Epic has some free in-game goodies. Those people playing Battle Royale mode will receive a Back Bling gift and a pack of Battle Stars. Save the World players will get a Troll Stash Llama and Seasonal Gold.

“We’re sorry. We know how frustrating this has been,” read the post. “ We’ll have a detailed postmortem of this week’s issues, and more information about how we will improve services for you in the future.”

Fortnite’s issues started hours after the 3.5 update was released early Wednesday morning. Included in the update was a change to the game’s heavy weapons to reduce the effectiveness of quick switching, a Port-a-Fort item that creates a fort instantly when thrown, and a new replay mode to let players create their own highlights. Epic added a new version of the 50v50 mode, but then removed it due to various issues.

The Back Bling and Troll Stash Llama will be available for Fortnite players on Friday. After a weekly maintenance update next week, gamers will receive their pack of Battle Stars and Seasonal Gold.

One prominent Twitch streamer, Tyler “Ninja” Blevins, spent his Tuesday night during the Fortnite downtime to play a new battle royale game from Boss Key Productions called Radical Heights. More than 130,000 players watched him play the game, which is fewer than the 230,000 who saw him win a match for $5,000 from rapper Drake.