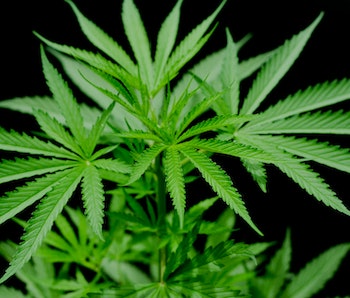 With the approval of Governor Phil Scott yesterday, Vermont became the first state to legalize marijuana for recreational use through its legislature. Now, Vermonters over the age of 21 can legally possess up to an ounce of weed, and cultivate two plants on their own property.

Governor Scott had previously vetoed similar legislation, and only agreed to sign the bill after stronger punishments for illegal sales and high driving were included. Practically speaking, it’s a partial victory of marijuana enthusiasts. While consumption is now allowed, the sale of marijuana remains prohibited, and it’s still a controlled substance.

Vermont is the ninth state to legalize recreational weed, but it’s the only one to do so through its legislature. All previous efforts have been accomplished through voter referendums, which are typically used for highly contentious measures backed by private interests. The Vermont legislation may be a preview of what’s to come, a blueprint for other states to follow as public opinion continues to tilt in favor of marijuana legalization.

Symbolically, this is a huge win for proponents of legal weed. Attorney General Jeff Sessions renewed his attack on marijuana earlier this month, and it was unclear how state governments would respond to his hostility. Other states considering legal weed may be emboldened by Vermont’s utter disregard for Sessions, who earlier this month repealed an Obama-era policy that gave the states more jurisdiction over prosecution of marijuana-related offenses.

States expected to work towards marijuana legislation in 2018 include Michigan, Rhode Island, and New Jersey.

More like this
Innovation
Jan. 16, 2023
3D-printed “organs” could lead to better drugs
By The Conversation and Chengpeng Chen
Science
17 hours ago
How does the placebo effect take hold? A doctor explains two influential factors
By Kathryn T. Hall. and The Reader
Culture
Jan. 14, 2023
2,454 years ago, one eerily familiar event led to the downfall of Ancient Athens
By Rachel Hadas and The Conversation
LEARN SOMETHING NEW EVERY DAY.
Related Tags
Share: