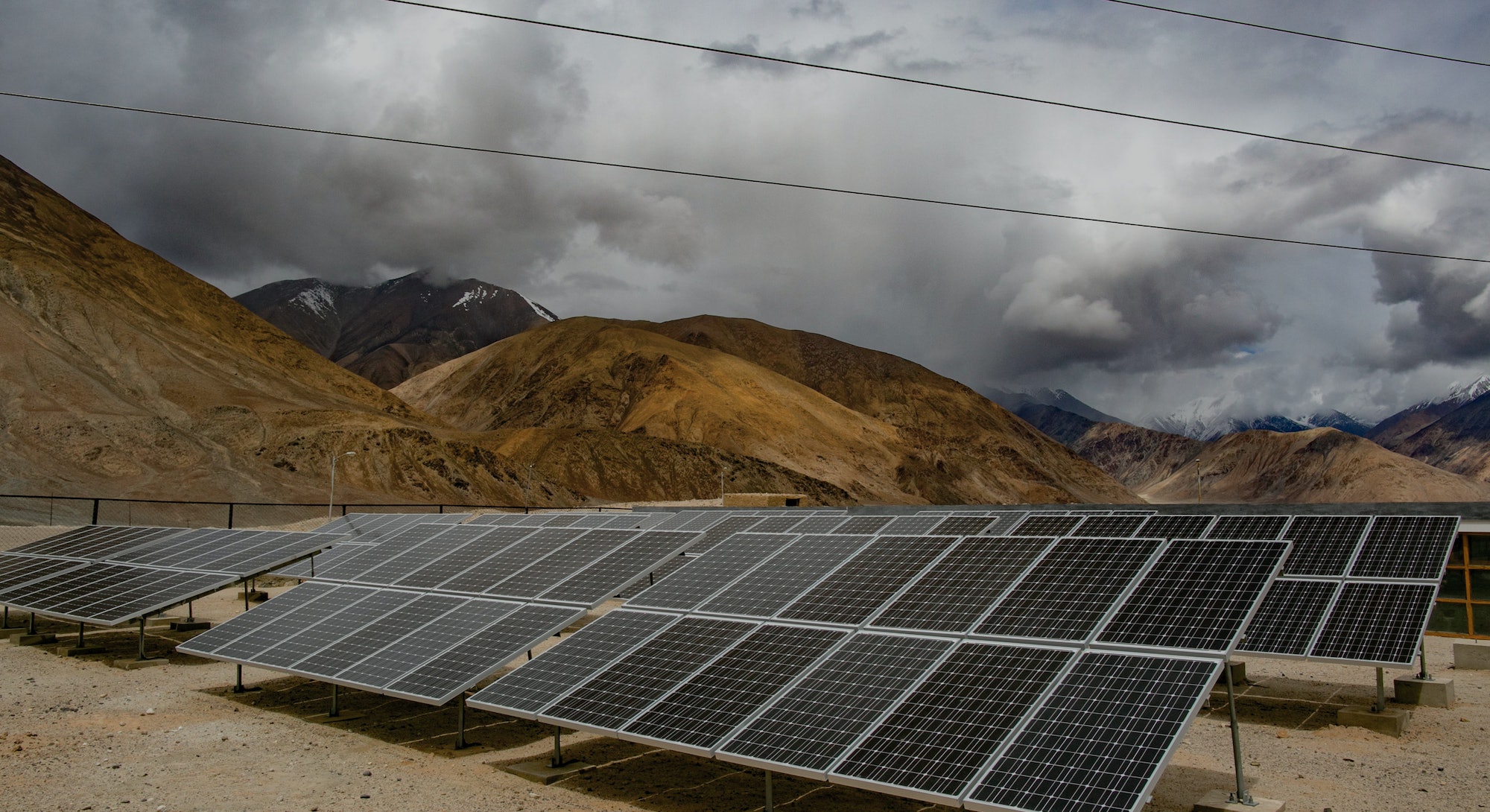 Early in 2017, the United Nations put out a statement that said a large portion of the global community still lacks access to renewable energy. That’s a huge problem, considering any effort to stop climate change requires making clean energy available to as many people as possible.

Here’s the good news: 2017 has been a huge year for renewable energy. Countries, companies, and communities across the globe have undertaken all kinds of projects to turn what was known as alternative energy into the energy solution of the future.

These have ranged from countries deepening their commitments to going all-renewable in the near future to companies and local governments rolling out innovative tech to power their world with solar, wind, and other clean energy sources.

Let’s take a look at eight of these projects that gave us hope in 2017 for a better energy future.

China’s most coal-rich city, Huainan, has a newer — and cleaner — claim to fame. It is home to the world’s largest floating solar farm.

120,000 solar panels float atop a flooded coal mine, a powerful symbol for the rise of renewable energy. This massive solar plant spans the area of 160 American football fields, roughly nine miles. The 40-megawatt (MW) power plant cost a whopping $45-million to build but has the capability to provide energy for up to 15,000 homes.

The United Kingdom previously held the record for the biggest floating solar farm, but that was only able to produce 6.3 MW of power, a fraction of what the Huainan project is capable of.

The Palo Alto-based company installed an array of solar panels meant to restore power to a children’s hospital in the country’s capital. The system could generate 200 kilowatt hours (kWh) of solar energy during the day and store up to 500 kWh as backup, enough to restore power to the hospital.

After a hurricane season that absolutely devastated the Caribbean island of Puerto Rico, many organizations stepped in to lend a hand, including Tesla.

Not only did this help Puerto Rico during the initial phases of a disaster, but it acted as an example of how quickly solar energy could be used to help powerless residents. It has been reported that the government is now looking into long term solar energy plans.

“I am 100 percent backing renewables,” Governor Ricardo Rosselló told Vox. “This is an opportunity to make microgrids in Puerto Rico so they can be sustained in different areas.”

Above: Drone footage of the floating solar farm. Below: Musk’s Instagram post on one of the solar batteries.

Finland Ranked As Greenest Country in the World

Speaking about countries making the most out of renewable energy, Finland was ranked number one in Yale University’s annual Environmental Performance Index (EPI).

The Scandinavian country already generates around 35 percent of its energy from renewable sources, mostly coming from wind. On top of that, Finland has adapted a climate change strategy to reduce carbon emissions by 80 percent by 2050. That means if all goes according to plan, they should be producing over half of their electricity from renewables in 32 years.

Even regions that were once thought to be unusable are now being revitalized to produce renewable energy. More than three decades after the nuclear disaster at Chernobyl, engineers have plans to turn this irradiated area into a hotbed for solar power.

Ukrainian engineering firm Rodina Energy Group Ltd. and German clean energy firm Enerparc AG have joined forces to install 1,000 miles of solar panels in the Chernobyl zone. This array is currently under construction and will have a 1 MW capacity, which is roughly the equivalent to the energy produced by 10 car engines.

While that isn’t a ton of power, Stefan Müller, the co-founder of Enerparc, said that efforts to increase the scale of this project are underway.

“The Chernobyl project is a first pilot for us and we hope that we can find an agreement with the government for the next phase, which will be around 100 MW,” Müller told Inverse in an email.

Earlier this month, Google announced that after signing contracts with some wind power plants it has the ability to go 100 percent renewable.

Google’s investments in the renewable sector has totaled over $3.5 billion with about two-thirds going to US producers. The amount of clean energy the tech company produces could be used to power over 2 million households.

All of the wind farms that will provide most of Google’s power aren’t up and running yet and won’t be for a couple of years. So until then it won’t completely run on renewables. But the company’s major investments in clean energy will surely set a major precedent for other big players in tech.

While this year was full of renewable energy wins, the revival of the 1,179-mile Keystone XL Pipeline put a dent in the plans to usher in a future run on clean energy. This pipeline would begin in Canada and run the length of the U.S. to Houston, Texas, transporting 830,000 barrels of petroleum per day.

The Indigenous Environmental Network (IEN), a group of indigenous environmental activists, decided to protest the pipeline by setting up solar panels directly in its path.

“The solar arrays will be connected to Nebraska’s power grid generating clean, renewable energy for the entire state,” said the IEN in a press release, “as opposed to a risky pipeline that would provide little benefit to Nebraskans.”

The group successfully crowdfunded $50,000 to construct the first three solar panels. Now the group is looking to raise another $30,000 for another two panels.

Earlier this summer Tesla won a bid to build a giant battery for South Australia to help that side of the continent overcome a recent string of blackouts caused by a storm. There was one catch, Elon Musk promised to have it done in 100 days or give it for free.

Google’s investments in the renewable sector has totaled over $3.5 billion with about two-thirds going to US producers. The amount of clean energy the tech company produces could be used to power over 2 million households.

All of the wind farms that will provide most of Google’s power aren’t up and running yet and won’t be for a couple of years. So until then it won’t completely run on renewables. But the company’s major investments in clean energy will surely set precedent for other big players in tech.

Trains are a crucial part of every city’s transportation infrastructure, but they’re known to be voracious gas-guzzlers.

Indian Railways runs approximately 11,000 trains to get the country’s 1.3 billion residents where they need to go everyday. They’ve recently retrofitted one of their trains with solar panels on its roof to power its lights, fans and other supplemental energy.

While it will still take some time to fully replace diesel engines, this effort is a part of a larger climate change prevention strategy that India has been implementing. As part of the Paris Climate Agreement, India promised to generate 40 percent of its energy from renewable sources by 2030.

Indian Railways estimates that if solar panels were to be added to every train, they would reduce fuel consumption by more than 5,500 gallons of diesel per year.