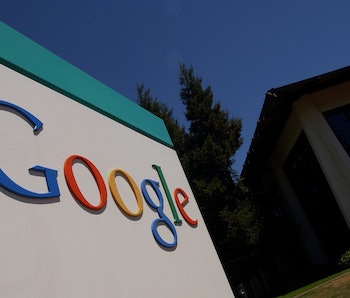 Google has announced that after 10 years a carbon-neutral company, it will be able to brag running on entirely renewable energy at the end of 2017. That means that all of the electricity the company consumes in both its data centers and offices are provided by wind and solar energy.

As exciting as this milestone is, it hardly comes as a surprise. The company first announced its intention to hit this milestone last year. It was at this point it also first claimed that it is the largest corporate purchaser of renewable energy in the world. Announced in Google’s 2017 environmental report, Google says it has created “new energy purchasing models that others can follow” and that “we’ve helped drive wide-scale global adoption of clean energy.”

In addition to being an obvious PR boon, the company says its mission of full sustainability fits in with its larger mission. (It also makes the fact that as recently as 2015 Google alone reportedly consumed as much energy as the entire city of San Francisco in a year way more palatable.)

“We believe Google can build tools to improve people’s lives while reducing our dependence on natural resources and fossil fuels,” Google executive Urs Hölzle said in a blog post.

One step the company has recently taken in marrying its ethos of sustainability with its products is a new initiative to equip Google Street View vehicles with air quality sensors.

In addition to its goal of being run by renewable energy, Google is also working on achieving zero waste to landfill. Nearly half of the company’s 14 data centers have already reached this goal, according to Hölzle’s 2017 Google Environmental report released on Tuesday.

Google announced in July it would buy its first wind farm from Norway, Tellenes wind farm.

Google last year signed a 12-year deal to buy 100 percent of the plant’s output. The company, which has four European data centres in Finland, Belgium, the Netherlands and Ireland, said the wind power will be used to supply one or several of them.

“We’ll purchase power as soon as the wind farm becomes fully operational, which we expect will take place in early September 2017,” a Google spokesman told Reuters.

If you liked this article, check out this video of a device that makes electrical energy from slow-moving water.

More like this
Innovation
6 hours ago
Scientists at CERN have discovered too many particles for physics to keep up
By Harry Cliff, Tim Gershon and The Conversation
Innovation
2 hours ago
Mars City: 3 Red Planet resources could forge a critical building material
By CAROLYN COLLINS PETERSEN and Universe Today
Innovation
8.12.2022 10:30 AM
Will Miami exist in 2050? 4 strategies could keep U.S. coastal cities afloat
By James Gaines
Related Tags
Share: