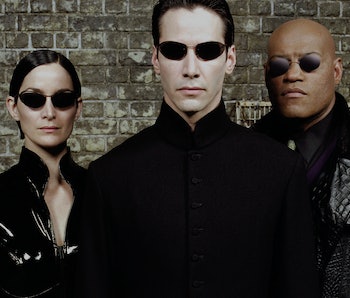 The genre of science fiction is a lot more than just casual spacefaring romps through galaxies near and far. It’s also about galaxies “far, far away” and even computerized simulations that we’re probably living in right now.

Netflix has you covered with a motley assortment of sci-fi in the form of both movies and television shows that can whet your appetite. Whether you’re looking for hard sci-fi involving alternate histories, traditional exploration through space, or more thoughtful meditations on the impact of emerging or completely fictional technologies, Netflix will have something to scratch your cybertronic itch.

Across this list of the best sci-fi that Netflix has to offer, you’ll encounter more than a few dark futures meant to frighten you, tried and true exploration sci-fi classics, cautionary tales of more than one kind, and even props to everyone’s favorite Eggo-loving telekinetic.

Here are the 11 best pieces of science fiction that Netflix has to offer right now for the next time you’re hankering for a taste of tomorrow, whether it’s the far or not-so-distant future.

… or maybe just the first Matrix film. One of the earliest and perhaps all-time greatest creative ventures to come from the Wachowski siblings is The Matrix. When the original was released in 1999, The Matrix changed the landscape for cinematic action irrevocably. In it, a hacker named Neo discovers that he’s been living inside a simulation hundreds of years in the “future” that’s all orchestrated by the robotic A.I. that rebelled against their creators. After learning the “truth,” he emerges in the “real world” and works with the human resistance to ultimately discover that he’s the prophesized, reborn One that could save them all.

In this campy, classic sci-fi comedy, a naval aviator volunteers to test-pilot an extreme miniaturization experiment. The results are successful, but after some sabotage from a rival organization, the extremely tiny man winds up injected into a hapless grocery clerk rather than the intended rabbit for the experiment. Innerspace goes all-in on the weird sci-fi as tiny man and his host work together to undo the predicament they’re in. There’s face-altering pseudoscience along with transmission of tiny people via kissing. Like a true Comedy in the classic sense, it all ends with a wedding.

Yes, Netflix has an ample collection of the sci-fi TV juggernaut. Not only is there the original Star Trek from the late ’60s, but there’s also the animated series from the early ‘70s, along with The Next Generation, Voyager, Enterprise, and Deep Space Nine. Strong opinions among hardcore fans vary about which is best, but with such a massive franchise, how could you go wrong?

Syfy’s Dark Matter is the hidden gem of fun and easily accessible sci-fi TV on Netflix, and there’s no better time to catch up. (Season 2 recently came to Netflix and Season 3 kicks off in early June.) Trap a bunch of outlaws aboard a ship, wipe their memories while they’re all in cryosleep, and wake them all up at once, making for one hell of a start to a show. It continues on, fueled by suspicion and the inevitable camaraderie that develops. The show feels a lot like fan-favorite Firefly in that it features a motley crew with its mission of the week, but the way Dark Matter delicately unravels the complicated backstory of each character is perfectly paced. Various, fun technologies are presented, in addition to the mind wipe that starts the series off along with a fun side-plot involving the development of superpowered individuals.

Perhaps The CW’s best non-Arrowverse program, The 100 feels like a YA dystopian drama with a hard sci-fi premise. Following the nuclear apocalypse, a portion of humanity took to a series of connected space stations to survive the radiation. Almost a century later, supplies are diminishing, and a group of 100 delinquent children is sent down to test survivability on Earth’s surface. What they find is a planet with treacherous terrain, a few horrific monsters, and — against all odds — savage, surviving humans. The A-plot on the ground of Season 1 feels like Lord of the Flies, whereas the B-plot on the space station feels remarkably like Battlestar Galactica. While The 100 stumbles a bit in Season 3, it remains a solid option for contemporary sci-fi.

In this Netflix original, the titular “Travelers” are individuals who have their consciousness sent back in time to prevent the total breakdown of society. It becomes something of a spy thriller with a sci-fi twist as each Traveler communicates with the Director in the distant future to go on specific missions while maintaining their “cover” of the identity they’ve assumed. Travelers is truly for spy fans who like their sci-fi steeped in time travel. Best of all? It was recently greenlit for a second season.

Though it inches towards mythical fantasy, Stranger Things represents some of Netflix’s best original programming and earns its place as science fiction due to its presentation of multiple dimensions and extrapolation of real-life experimentation that was rumored to have taken place decades ago. After the young Will Byers goes missing and a mysterious girl appears in the small town of Hawkins, Indiana, Will’s friends and family struggle to uncover the truth about the mysteries surrounding his disappearance.