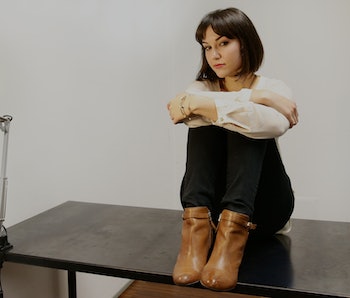 A study in 2014 found that women watching pornographic videos that had been removed from any plot developments or emotional context felt “sick” afterward, no matter what sexual acts the performers were engaged in. No matter your hang-up, there’s a way to watch pornography ethically and safely.

Everyone needs to be safe and comfortable

As in real life, sex on film is always best when all parties involved have expressed consent (at the very least) and, hopefully, excitement. Speaking with Inverse about his upcoming Justice League porn parody, Axel Braun says, “I don’t cross certain lines in my scenes. No slapping, no choking, no demeaning, no coercion, and definitely no fish-hooking. […] I believe that sex can be strong without being rough, and I’d rather sell that truth instead of a degrading fantasy. At the end of the day, I film what looks good on camera, and sex always looks best when there’s passion and chemistry between the performers.” If you’re watching a recent Braun film, at least you can feel affirmed that all of the actors have been treated well on set, and that they’re definitely wearing condoms.

Consider paying for a service

Paying for a curated service like Lust Films (link NSFW) or Beautiful Agony (also NSFW), a site that has been collecting videos of men and women having real orgasms since 2003, often means you’re not stumbling upon disturbing videos of acts you don’t really want to be exposed to — we’re all better off having never seen someone raped, for instance.

But what if I’m broke?