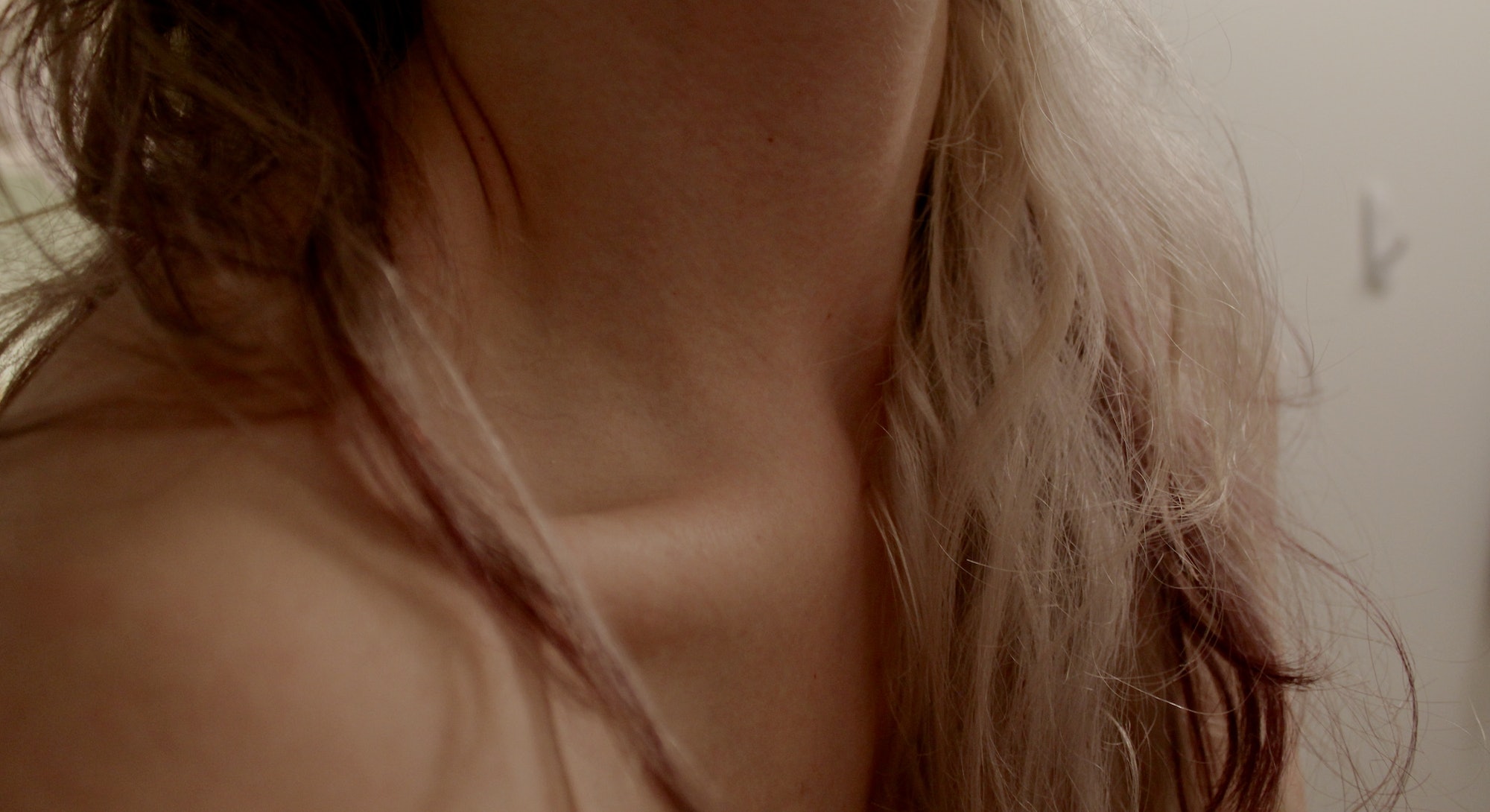 Various iterations of “the Fappening” — the iCloud photo leaks that spilled the nude photos of celebrities from their iPhones onto the public internet — sparked a national conversation about the practice of nudes. For some, sending sexy selfies has become part of the modern courtship process, albeit a private one with an intended audience. Anyone else viewing those images is a fairly clear violation of privacy.

“It is not a scandal. It is a sex crime. It is a sexual violation,” actress Jennifer Lawrence told Vanity Fair in November 2014, a few months after her photos were leaked. “It’s disgusting. The law needs to be changed, and we need to change.”

Nobody in their right mind would disagree.

Gone Wild is Reddit’s most popular nudes forum (there are a lot) and it has eight moderators, all of whom declined to be interviewed when we reached out. Gone Wild has been around since 2008, but it only hit a million subscribers this past February. The subreddit is the 59th most popular discussion board across Reddit, with more followers than r/relationships, r/games, or r/GameofThrones. Gone Wild also is the most popular NSFW (Not Safe For Work) subreddit by far, and for years it has ranked as the fastest-growing non-default subreddit on the site — all new accounts are automatically subscribed to subreddits chosen by the site’s administrators.

We interviewed 30 regulars users of subreddits like Gone Wild, r/GoneMild (Gone Wild’s slightly less-NSFW younger sister), and r/LadyBonersGW (a nude subreddit catered to straight female viewers and gay men), to discover why they post naked pictures of themselves online, anonymously, without getting paid. Most weren’t especially lonely or bored. They just genuinely get off on the idea that their naked bodies arouse strangers.

The Girls Behind the Nudes

One college student, Sarah, considers posting to Gone Wild a sex act like any other. “I get off to having control over someone through a computer. I found Reddit in late high school and started posting pictures after I started college,” she says, adding, “Dudes love [19F].”

Posting to /r/GoneWild and chatting with viewers is a safe way to engage in an anonymous sex act online, and Sarah says she doesn’t care much about the individuals with whom she’s communicating. “Unless they presented some distinguishing characteristic in their messages, they’re all a bunch of the same Johns. I’d wake up to 10-20 messages every day and pick the most interesting one and he’d be the lucky faceless guy of the day.”

PaleSnowBunny, one of the most popular users on Gone Mild, received so many compliments upon posting that she started a Patreon account and a premium Snapchat, which allows her to send nudes to those who want to pay for them. She and her husband found Gone Mild while browsing together, and he suggested she try posting. After that, he became a moderator, and she expanded into her own subreddit, which has more than 5,000 subscribers.

“I have received messages from people saying that I have helped their sex life,” PaleSnowBunny tells us via email, “or [I’m told I] simply made their day better just by [letting them] look at my photos. I love helping people in any way I can, so it makes me super happy to hear stories like this.” She doesn’t speak about herself as a unique NSFW content creator and instead focuses on spreading pleasure to a growing audience. “People compliment and praise a lot more than they try to degrade. Most subreddits have rules that make it so that negative comments are not allowed.”

Regulating the tone of comments is one of the Gone Wild mods’ tasks; though they tend to leave up explicit comments, no public messages insulting a woman’s body or introducing violence into a conversation is left up for long.

Another woman, Paige, likes the pleasurable sensation she gets when comments on her nudes roll in. “A couple guys playfully mentioned that I have a bit of a belly in my photos, which is something no guy has ever said to me in real life. Because we didn’t know each other, there wasn’t any reason for these guys to feel awkward saying that part of my body is cute. I still get a flush of feeling really nice when I remember those messages, guys pointing out the curve of my belly and saying they wanted to kiss me there.” Paige says she doesn’t communicate with anyone from the subreddit directly.

Posting nudes to Gone Wild helps many users deal with body image issues. Several of the users we spoke to said it was difficult to find people in real life who are down with their unique sexualities, whether they’re overweight or a little kinkier than they’re comfortable sharing on the first date. One girl, Amelia, says, “I normally date pretty kinky people and it’s just par for the course to talk about crazy sex stuff and see how far you’ve gone. For most guys, I think [me having posted to Gone Wild] is a turn on.”

All of the women we spoke to described reading their comments and messages as an enjoyable experience, but very few of the women said they speak to commenters directly. None of the women said the exhibitionism resulted in a relationship; the subreddit is a space for online, casual sexual encounters, not a dating service. For many girls, just the act of exposure is fodder enough to feel aroused.

Psychologically, What Do You Get From Sending a Nude?

Dr. Elizabeth Jeglic of the John Jay College of Criminal Justice says these girls aren’t psychologically “exhibitionists,” though they are exposing themselves to strangers. As Jeglic explains, the difference between posting a photo of your breasts on Gone Wild and flashing bystanders in Central Park is that the former hopes to incite arousal, whereas the latter usually incites shock. A flasher only wants to surprise or anger his victims, and inciting a negative reaction is arousing. Posters on Gone Wild say that sharing nudes is about getting off on someone else’s arousal, a fact Jeglic found when she co-conducted a psychological survey of young people who share nude photos with partners.

“A lot of this is fantasy,” Jeglic says.

She isn’t confident that sending nudes to strangers results in a real relationship, or that a relationship is even the purpose.

“People who are exhibitionists don’t tend to have regular partners, and they have difficulty forming relationships,” Jeglic says. “[Sending nude photos] is their primary outlet for sexual behavior. They might fantasize about a person reacting positively.”

Amelia says, “I’m not really sure what I was hoping for [the first time I posted], aside from someone telling me I had a great body or whatever. Obviously, you get a lot of DMs after you post and people want to chat offline but I never really engaged with them. I would always make sure to delete my pictures a day or two after posting them.” Amelia says her pleasure comes from the immediate positive response she gets from her photos, but that any engagement following those first few minutes is annoying.

“Based on my experience with Reddit so far, I know it’s a lot of guys I would classify as losers or creeps. But it’s also a lot of guys you wouldn’t expect either who are just normal guys you’d be okay dating. I do find it a turn-off when I click up someone’s profile and it’s literally comment after comment on [Gone Wild] posts. There’s really nothing validating to me about a guy I find repulsive thinking I’m hot. Also, a lot of men interpret posting as an invitation to message you, and it’s not.”

Amelia is not alone in wishing she could limit or curate the actual responses she gets from her nudes. Jeglic says this isn’t unusual, and she ventures to call posting to Gone Wild a “confidence booster, rather than a mating ritual.”

So Why Not Pursue Sex in Real Life?

On the surface, Gone Wild holds its users to the same standard of beauty we all contend with in our daily lives. Like the rest of Reddit, Gone Wild is a vote-based system in which content from users appears higher on the subreddit’s leaderboard based on how many viewers have “upvoted” it. Gone Wild’s top posts don’t represent a diverse group of women; in fact, the entire front page of “top” posts are all white, thin women.

However, a diverse array of body types and implied “narratives” emerges when one visits Gone Wild’s spin-off subreddits. Gone Mild, which doesn’t feature as much nudity, vastly prefers skinny white women, but we see their faces in popular photos more often. Many girls wear glasses and their headlines — rather than Gone Wild’s references to assholes and tits — suggest personal things like their weight loss journeys, or what they’re nervous about, or who they like to imagine is looking at their photos. (It’s a lot of crushes on professors and bosses.)

There are nude subreddits for women of color, for girls who identify as nerds, plus-size women, petite women, or women whose nudes exclusively show them smiling. Women and gay men have their own board, the aforementioned Lady Boners; popular posts are galleries of athletic-looking men who almost always express surprise at positive reactions. Reading through the posts on Lady Boners, you get a sense that men sending nudes are far more tentative about it than the girls on Gone Wild, perhaps because they have less experience than their female counterparts in performing for a lustful gaze.

Haley, another popular Gone Wild user, says there’s a huge difference between the language men use in public vs. private. “The responses are always pretty consistent,” she writes in an email. “Comments are usually very complimentary and respectful. They use words like ‘sexy’ and ‘beautiful’ and ‘lovely.’ My inbox is a very different story. Very aggressive and graphic paragraphs. Lots of dick pics. Also messages from men wanting to meet up and asking to pay me to take photos of myself in more specific ways to satisfy their personal fetishes.”

Though most of the women Inverse spoke to agree that their nude photos are not an open invitation for messages, they’re not able to articulate why their pleasure begins and ends with being seen intimately.

“In the new diagnostic manual, they’ve distinguished between a behavior and a disorder. Having a disorder would mean an individual is exhibiting sex offender type behavior, but in this case, these girls aren’t hurting anyone. What they do is socially condoned to some degree, it’s not people on the subway. It’s not simply flashing while using technology.”

The names of the subjects in each interview in this article have been changed.