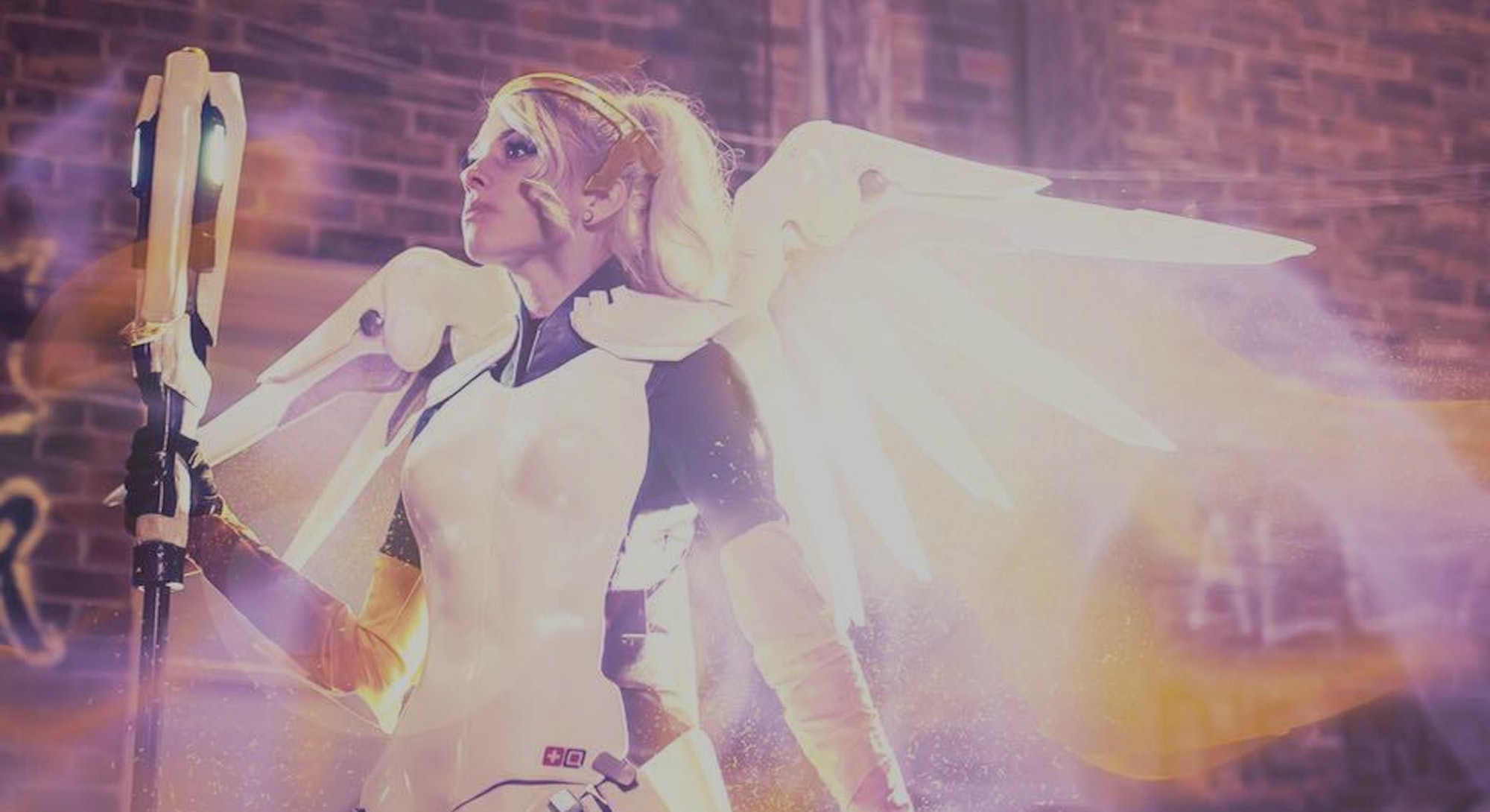 In Blizzard’s first-person shooter, Overwatch, the healer Mercy shouts “Heroes never die!” when she resurrects downed allies. The inspiration behind the catchphrase is never given, so an actor and former soldier named Grayson Peters produced his own answer in the form of a ten-minute fan film.

While some lament the dearth of high-quality films based on video games, Grayson Peters is proactive. He started Lupin Productions to — among other things — make the best fan-made Overwatch movie he could. If the half-million views on the first Overwatch film, “Heroes Never Die,” are any indication, then he’s off to a great start.

“Video games are a misused and underused medium when it comes to live-action storytelling,” Peters tells Inverse. “ When brainstorming ideas for his first film, he thought, “I’ve got to make this relatable. I’ve gotta do something different.” Rather than focus exclusively on video game-like action, he decided to instead bring the focus towards the father-daughter relationship present in the game.

In “Heroes Never Die”, the Overwatch hero Mercy teams up with some Euro-American forces to fight Widowmaker and the terrorist organization Talon. During the battle, Mercy remembers her father’s heroism when she was a child, and we see how his brilliance and sacrifices inspired her to become her own kind of hero — one that can resurrect her fallen allies from death with some applied nanobiology.

“You get these characters with a whole lot of personality but really not much story,” Peters says of the game. It’s no different with Mercy. As a peacekeeping organization, Overwatch ended a war against rebellious sentient robots, but it later disbanded after an international fiasco. In the 30 years between then and the present day of the Overwatch game, very little is known about what the 24 characters did.

“I want to explore what they did when they all went their separate ways,” Peters said. After Overwatch disbands, he assumes that Mercy continues to heal people. It’s here, sometime before the events of Overwatch, that “Heroes Never Die” explores the character’s origins.

Angela Ziegler, aka Mercy, is an expert in applied nanobiology recruited by Overwatch to research potential applications for her technology. In addition to being instrumental in the creation of Ana’s Biotic Rifle, Ziegler also designed her own swift-response battle suit — called Valkyrie — that she used when deployed on Overwatch missions. It allows her to fly swiftly across the battlefield to heal allies and even bring them back from the dead in a pinch.

When it comes to Angela Ziegler’s parents, all that’s officially known is that they were “taken by war.” In “Heroes Never Die,” Peters retcons Mercy’s rallying cry of “Heroes never die!” into something that her father says to her when she’s a little girl — before both he and her mother are taken by war.

“Mercy created the Valkyrie suit,” Peters tells Inverse, “but I like the idea of a path and role model set for her early in life. What more powerful way to exemplify that than through a father?” The relationship Angela had with her father is at the heart of the film, which extrapolates the story of her parents into a personal tragedy.

Her mother is a victim in the battle of Eichenwalde (a location used in-game) and her father, Branam Ziegler, is a brilliant scientist and innovator that ultimately sacrifices himself in battle to avenge his wife and save many lives in the early days of the Omnic Crisis. He uses an incomplete Valkyrie suit to resurrect soldiers on the battlefield at the cost of his own life. It’s meant to be a prototype that Mercy would then go on to perfect.

Cute scenes of a younger Angela wearing pixie wings and an earnest, tear-filled goodbye between father and daughter make up the more emotionally potent scenes in “Heroes Never Die,” but it’s the attention to finer details — like including Mercy’s native tongue of German (voiced by Jennifer Jung) — that raise “Heroes Never Die” into a whole other caliber of fan film.

A hyper-realistic adaptation of the costumes from the game also succeeds. Subtle cosmetic changes to both Mercy and Widowmaker work to make their outfits — which are both sexualized in-game — more practical for battle.

“She’s a medic,” Peters explains, “and she wants people to know: where the white armor, where the angel is, that’s where the health is. We want to make it look more functional, almost like an Air Force piece of equipment. More adapted for the real world.” That medic gear allows her from bringing dead soldiers back to life, forcing Widowmaker to retreat from the battlefield.

In Peters’s conversation with Inverse, he also teased the next Overwatch film that Lupin Productions has in the pipeline, which hones in on Widowmaker: “Heroes Never Die” is hopeful — how those events turned her into the hero we love. For Widowmaker, her events created this monster. It’s an intriguing idea to explore that she’s not redeemable.”

The next film will be an “Alien-style combat film” exploring Widowmaker’s horrific backstory that transformed her into an irredeemable monster. “In this film we want you to cry. In the next, we want you to change your underwear.”

For a detailed preview of the next Overwatch film from Lupin Productions, check out There’s a Live-Action ‘Overwatch’ Film About Widowmaker Coming.