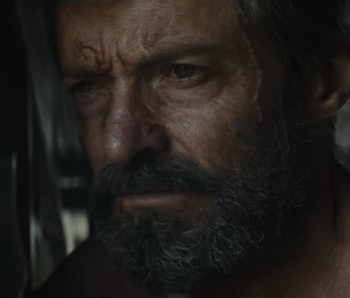 The mutants are gone, Logan is more self-destructive than ever, and Professor Xavier is quickly deteriorating. This is the world presented to us by the new Logan trailer that arrived Thursday morning. But the most revealing parts of the trailer are the things we don’t learn through dialogue.

Logan seems to be completely ditching the “modern superhero” aesthetic that we’ve seen so much of recently. In its place will be a hard-lined, dust-smattered, desperate neo-Western showdown with law enforcement. Logan seems to be acting as the protector of the now-ancient and fragile Professor X as well as the young girl Laura, who, as X-23, is the successor to the “Wolverine” title in the Marvel comics.

This brief look into the year 2024 has given us a lot to go off of. Though we know that the film will be loosely based around the graphic novel Old Man Logan, there’s also hints of Lone Wolf & Cub and Children of Men.

So, here are a few unspoken things we picked up from the trailer.

Parts of the movie will take place in Mexico

The Old Man Logan graphic novel has Logan and the gang kickin’ around in Sacramento, California. That could still be true, but in the case of Logan it seems that at least part of the film will take place either in Mexico or on the border with Mexico.

Take a look at hard, zoomed-in look at those trucks in the photo above and you’ll see the words “Polícia Federal” stamped across the top of the windshields.

X-23’s powers arent in full force yet, but the Powers That Be want her

The protection of Laura — who we know to be the mutant X-23 — is looking to be the main plot of the film.

X-23 is the female clone-daughter of Logan. In the comics, she’s the “perfect killing machine,” but in the trailer for Logan, this poor girl just seems terrified and hunted. Professor X all but begs Logan to help her. And we know from historical evidence that Logan will grump about it for a few scenes before his heart of gold takes over and he agrees.

Of course someone with albino skin is going to cover himself while standing under the hot, southwestern sun.

In case you don’t know who Caliban is, he’s an albino mutant with the ability to sense (and track) other mutants. His presence might also be an indicator that the Morlocks — the underground society of mutants who have been dubbed too terrifying and unusual to live alongside humans — will make an appearance in the film. It’s been revealed that Caliban has taken a liking to Professor X in Logan and acts as Charles’s caretaker. So he can’t be all that bad, right?

Professor X is living inside Cerebro

We get a lot of sad speeches from Professor X in the trailer, and some truly gut-wrenching images of him looking scared and helpless, fully at the mercy of his caretakers and protectors.

The creators have revealed that Professor X’s mind is truly deteriorating in Logan — he’s losing control over his considerable powers and doesn’t remember who Logan is sometimes. But at least Professor X has got a little bit of home with him. That big tank he’s lying in is definitely Cerebro, the device Professor X used to use to find mutants. So it’s kind of fitting that the mutant-tracking Caliban is now his caretaker.

Sorry to be the bearers of bad news, but we thought it was a little obvious. Someone’s gotta die tragically when you put a Johnny Cash cover of Nine Inch Nails’s “Hurt” in your trailer.

The final image of the trailer is of Logan holding a shovel and looking miserable until Laura (X-23) comes along and seems to visibly give him hope. So, maybe everything will be okay?