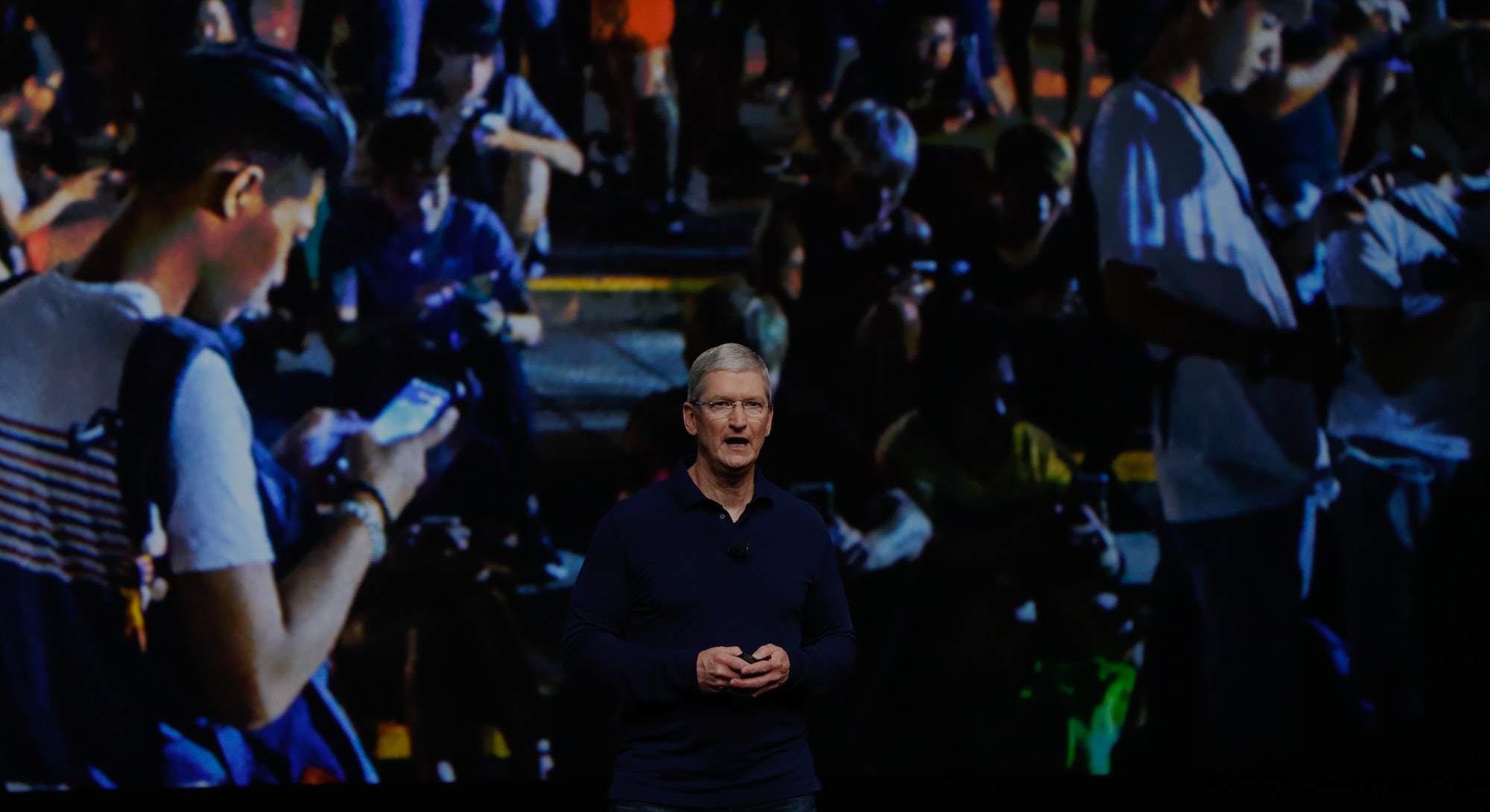 Apple took the stage Wednesday to announce the iPhone 7, the new Apple Watch, and the AirPods that are supposed to replace headphones. The event was a lot like many of Apple’s product announcements: Bombastic, cheesy, and self-aggrandizing to a point it would probably make Narcissus himself blush.

But this event was also different for Apple. Nintendo’s Shigeru Miyamoto, the grandfather of modern gaming, came out to announce Super Mario Run.. It revealed a collaborative update to its productivity apps. And, no matter how hard it tried, it left us feeling like we’ve seen all this before.

Here are five questions that surfaced after the dust settled on Wednesday:

5. Does Apple know the difference between courage and hubris?

Apple finally killed the headphone jack, truly disrupting the headphone game. The company says this change is meant to improve battery life and reduce the number of connections that have to be housed in the iPhone’s body, but many people still aren’t happy about the company’s decision to nix this formerly ubiquitous port.

Phil Schiller, the company’s senior vice president of worldwide marketing, said yesterday that Apple made this change because it has courage. But if AirPods — which cost $159 and are all-but-guaranteed to be lost at some point — don’t catch on, Apple’s response will determine whether it’s brave or merely arrogant.

4. Will all of the most exciting announcements be from other companies?

Apple is no stranger to sharing its stage with smaller companies. But yesterday’s event was unique in that it opened two sections (one about Apple’s ecosystem, the other about the new Apple Watch) with news from other companies. Nintendo announced Super Mario Run while Niantic revealed that Pokémon Go will be heading to the Apple Watch sBas soon as next week. Both were big, surprising announcements.

The iPhone 7 seems like an awesome phone. I’ll probably buy one. It’s water-resistant, it comes with a cool new enclosure that Apple spent a long time on, it has some fancy new cameras, and it appears to be much snappier than the iPhone 6 I already own. The device is probably going to blow many people away — but the same can’t be said for its announcement, because Apple spent about 30 minutes confirming what the world has known about the iPhone 7 for months.

Seriously. Leaked cases suggested the headphone jack would disappear, people knew the home button would change, and many predicted that the device would be water resistant. Can the company tighten up its supply chain to prevent similar leaks from spoiling its next announcement?

2. How often will Apple pretend it’s inventing the future?

One of the best things about the iPhone 7 is the fact that it’s water-resistant. And, for people who need to work with other people on important documents, the news that the iWork productivity apps now enable such collaboration is welcome. There’s just one problem: Apple presented both of these features as if they were new and had never before been seen in a smartphone or in a keynote-editing app, which is interesting because water-resistant phones and Google Docs both exist.

This is part of the Apple formula. It takes something that other companies have worked on before — personal music players, tablets, even the original desktop PC — and makes them more appealing to a wide audience. But when it does this for features that everyone can use today, and which have in some cases been around for years, it just makes it seem like Apple is a technological baker running an infomercial claiming that it just created the world’s first batch of sliced bread.

1. Does any of this matter as long as Apple continues to get richer?

Apple is the world’s most valuable technology company. The iPhone is one of the single most popular smartphones in the world, and the Apple Watch is the No. 1 smartwatch. There’s almost no question that the iPhone 7 and new Apple Watch are going to sell well.

So how many events like this — announcements that confirmed earlier leaks, repackaged old technologies, removed everyone’s favorite port, and relied on game companies to drum up enthusiasm — will it take for that to change? Is there an upper limit, or does Apple know that it could do basically whatever it wants on stage and still sell people on its newest products? Does Apple care either way?