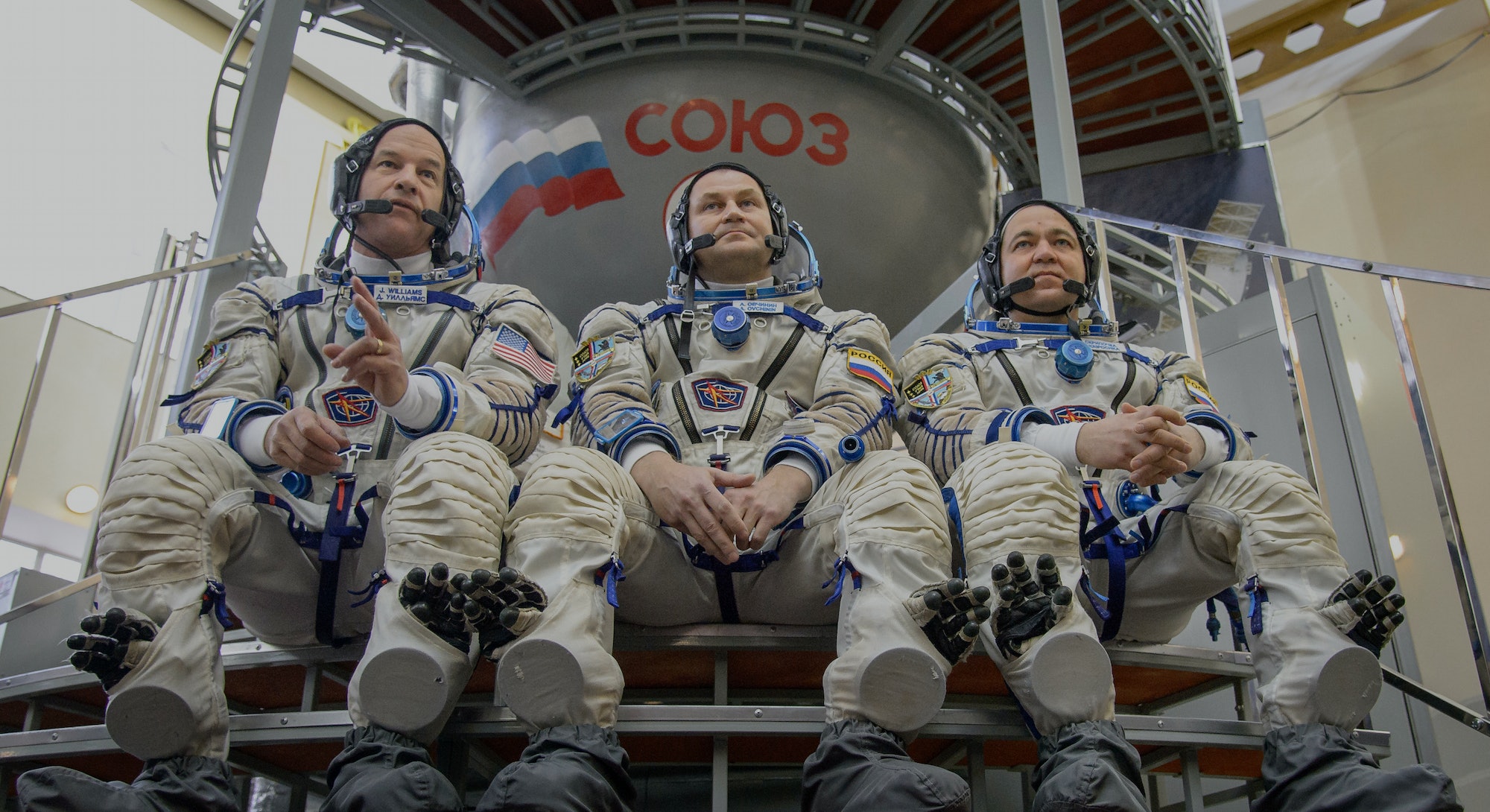 The Republican National Convention in Cleveland this past week has already featured a stage full of loud voices and absurd personalities — and Donald Trump. Wednesday evening featured a name not well known to people, and even less expected given her occupation. Eileen Collins, a former NASA astronaut who’s best known for being the first female space shuttle pilot and commander, took the podium at an event that was meant to celebrate Trump and generate excitement for his candidacy and potential presidency.

The speech Collins delivered was supposed to do two things: tout the need for new leadership when it comes to the United States’ role in shaping space travel and exploration for the world; and endorse Donald Trump as the man who could bring that new leadership.

That’s not entirely what happened.

Collins speech, coinciding with the anniversary of the Apollo 11 moon landing, basically hinged on the fact that after NASA retired the space shuttle program in 2011, the U.S. has relied on Russian launches to send astronauts to the International Space Station. Collins has blamed President Barack Obama and his administration for that change — even though the decision was made under the Bush Administration way back in 2004.

She has also been critical of Obama’s decision to cancel NASA’s Constellation program, initiated under Bush, which would have sent U.S. astronauts back to the moon and pushed NASA to begin drafting plans for increased lunar exploration and even a moon base at some point. “I believe program cancellation decisions that are made by bureaucracies, behind closed doors, and without input by the people, are divisive, damaging, cowardly, and many times more expensive in the long run,” she told the House Committee on Science, Space and Technology at hearing earlier this year.

Long story short, Collins is not a fan of Obama, and thinks NASA needs some redirection. So her RNC appearance, while unusual, isn’t completely surprising. But is Donald Trump the answer?

It’s not even clear that Collins herself believes that, skipping over the explicit endorsement kicker in her prepared remarks and simply stating:

So maybe she believes Trump would be great for NASA, maybe she really doesn’t. Regardless, the question remains: what would a Trump presidency do to NASA?

Well, if you believe what Trump’s social media pages will tell you, it seems he wants to use NASA as yet another conduit to “make America great again.”

In 2012, he even wrote a short lament that accused Obama of “gutting” NASA.

But Trump’s actual words in other situations say otherwise. It’s worth remembering that Obama proposed allocating $19 billion to NASA for 2017, $300 million shy compared to the 2016 appropriations. And both parties in Congress were eager to give more money to the space agency to push NASA towards bigger and more audacious projects.

Trump has consistently discussed a desire to pull money away from NASA to focus on other issues he thinks are more pressing. He told a 10-year-old at a town hall meeting last year, “Right now, we have bigger problems — you understand that? We’ve got to fix our potholes.” A mission with a crew heading to Mars doesn’t seem to be of great concern to Trump either. “Honestly, I think it’s wonderful; I want to rebuild our infrastructure first, ok?” he told the audience at another town hall meeting last October.

There are certainly people on Capitol Hill — mostly Republicans — that have expressed doubts about NASA’s plan to one day send astronauts to Mars. There’s a particularly strong sense of dubiousness surrounding the viability and purpose behind the Asteroid Redirect Mission (in which a robotic spacecraft will pick up a boulder off an asteroid and bring it to lunar orbit). NASA’s also been explicit about how important to the moon is to getting a trip to Mars to work, yet has not devised a clear notion of how it will be making that work. It would be really easy to see Trump use these concerns as hasty and ill-advised justifications for gutting NASA funding.

The thing is, if Trump is serious about getting the U.S. program to launch its astronauts with full independence, he should let NASA do its job with the money it asks for. The new Space Launch System, set for an inaugural launch in 2018, is the key providing the country with its own launch infrastructure once again. If Trump messes with NASA’s budget, it could hamper SLS development and push us into relying on Russian rockets for even longer.

It’s easy to see a businessman like Trump bet big on the free market to replace NASA. After all, a company like SpaceX is already dead-set on doing big things like getting to the red planet. If NASA’s operations were to b cut down, it’s likely the private sector would work fast to fill that void.

But that’s not exactly a great strategy. Private spaceflight companies are still training their space legs, so to speak, and cannot yet handle the type of insanely complex engineering and operational work NASA makes out to look like child’s play. NASA and the ISS are still way too important.

The other issue to consider here isn’t just direct funding that goes to NASA — there’s also the question of how much a Trump administration would invest into science and technology initiatives that help support the kind of work NASA does.

On the other hand, his opponent, former Secretary of State Hillary Clinton, has been effusive about her support for NASA — even back in 2008.

There is almost one thing that would happen for sure if Trump became president: Funding for NASA’s work on Earth science research would almost certainly be significantly cut. This would happen with pretty much any Republican president, but Trump’s adamant denial of climate change is well-established.

A lot of what NASA does is devoted to studying our own planet and learning more about atmospheric patterns, which includes climate change. If Trump became president, this work would be the first to get gutted at the space agency.

Of course, all of this is just speculation. If Clinton wins, we can expect the status-quo of NASA and the private spaceflight industry to be maintained. If Trump wins, it’s going to be an interesting four years for space, to say the least. Perhaps Collins is right, and new leadership is required to guide the country’s space endeavors — but perhaps, as illustrated by her actions on Wednesday, she thinks Trump may be a bit too much.