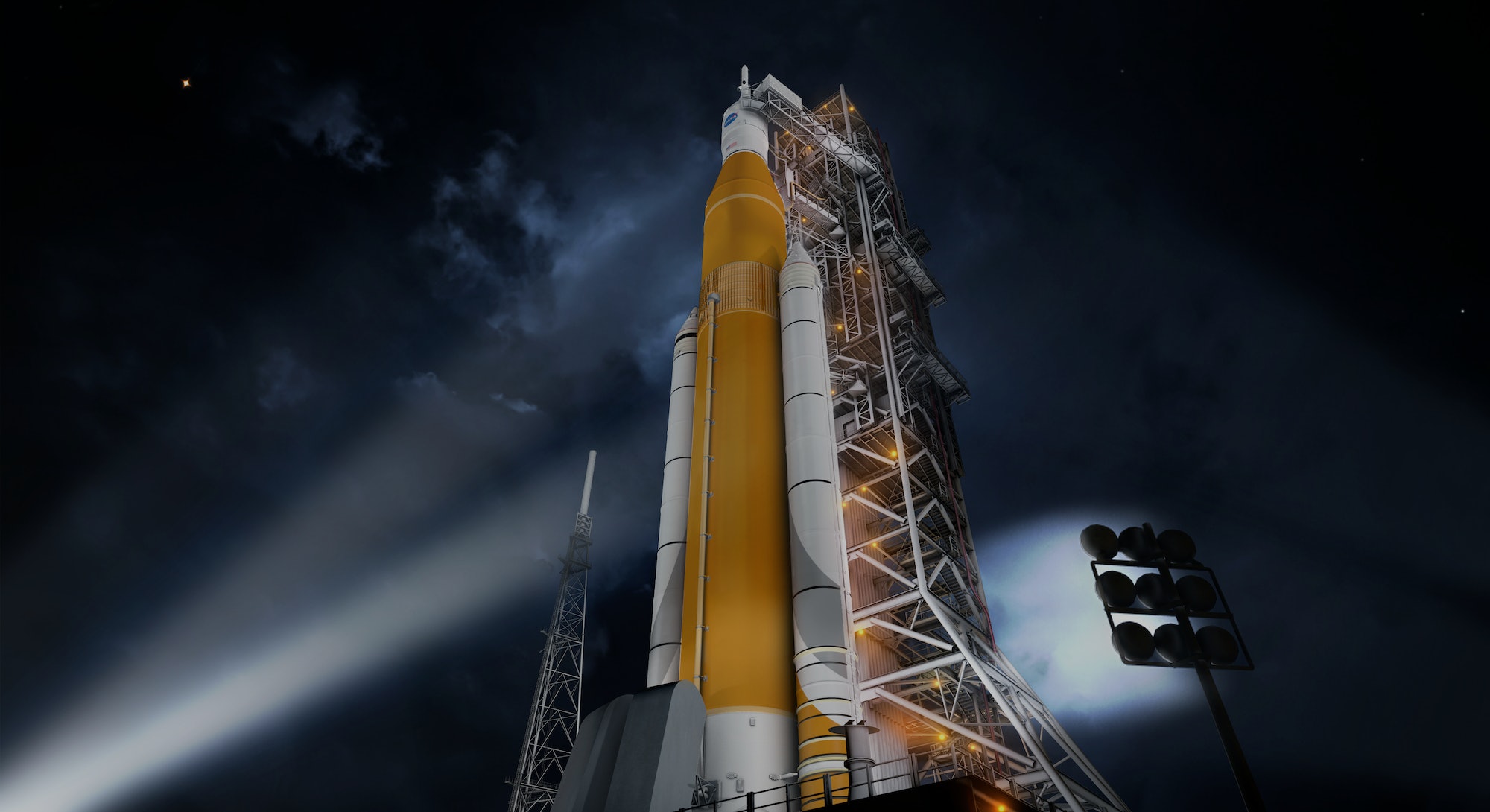 Behold the Space Launch System, set to become the planet’s most powerful rocket and, maybe, the first to get humans to Mars.

The first iteration “will stand 322 feet tall, provide 8.4 million pounds of thrust at liftoff, weigh 5.5 million pounds and carry 70 metric tons or 154,000 pounds of payload, equivalent to approximately 77 one-ton pickup trucks’ worth of cargo,” according to information released this summer by NASA.

The rocket recently completed its critical design review, a series of tests to ensure the viability of the systems.

This is what one of the engine tests looked like:

And here’s a view of one of the rocket boosters during a recent test:

The plan is to have a working rocket by 2018 for an un-manned test flight. The SLS will send an Orion spacecraft into a large orbit around the moon, deeper into space than any human has been, before splashing into the ocean off the coast of Baja, California 25 days later.

If that goes well, the next test will see humans take the Orion on a two-week mission close to the Moon and, hopefully, back to Earth safely.

And eventually? Mars. NASA says it can get people there by the end of the 2030s. Some time after that, humans may live there all the time.

“There have been challenges, and there will be more ahead, but this review gives us confidence that we are on the right track for the first flight of SLS and using it to extend permanent human presence into deep space,” said Bill Hill, deputy associate administrator of NASA’s Exploration Systems Development Division, in a release.