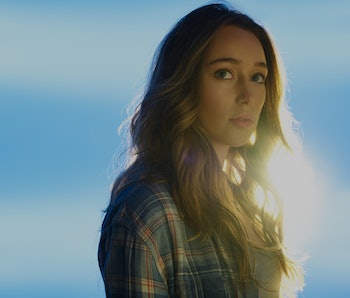 A step-up from last year, Season 2 has been a tumultuous journey to the south that in “Shiva” saw a family desperate to hold it together amid petty resentment. These characters are dumb, in the good and interesting way; as much as you want to smack them, don’t kid yourself when you say you don’t want to see where it all goes. But where can it?

Get Through Nick’s Arc with Madison as Quickly as Possible

“Shiva” ended with Nick giving his family the cold shoulder. With the Abigail’s plantation on fire and the walkers from the lower levels unleashed, Strand, Madison, and Alicia drove off trying to catch up with Nick. But Nick ignored them, mistakenly resenting Madison for killing Celia (She didn’t, but y’know, drama).

That’s a great place to end a cliffhanger ending, but not a good storyline to elongate for some dozen more episodes. We already know where this story will go: They’ll make up and be a family again, or one of them will die. And since this is Walking Dead, we can expect their death to be brutal and gruesome.

Either way, whatever Fear the Walking Dead has planned for them, let’s hope it’s done as quickly as possible so the show can keep up its solid momentum.

Far and away the most interesting character in all of Walking Dead, second only to Carol, audiences saw more into the mysterious Victor Strand in the show’s sophomore year — and it was great. He became more than just a suit, but a lover determined to reunite with the person that means to him the most.

We knew Strand was calculated and sometimes knew more than he let on — and other times, knew less than he was willing to admit. But in Season 2 we also learned Strand is temperamental, and naturally the most willing to do whatever it takes to achieve survival at the sacrifice of a moral compass. Cutting off the survivors tied to S.S. Abigail’s stern was a dick move that wound up biting Travis in the ass, but for Strand, it was all he could do to minimize risk.

With Thomas Abigail behind him, Strand risks losing his identity. What kind of person will he be now that he has virtually nothing left to lose? This can go very well or very poorly for Fear the Walking Dead’s strongest asset. Let’s hope the show doesn’t drop the ball here. Heaven knows they’ve done it enough on the other series. (coughGlenncough)

Just Do a Crossover Already

The shooting schedules for The Walking Dead and Fear the Walking Dead are way out of sync, so a full blown crossover between the two shows is highly impractical. And also, the timelines in their continuities are off. And also, it’s not a very interesting idea. Do we really need Rick and Maggie joining up with Travis and the rest? Not really.

But, like, just do it. Fear the Walking Dead has a total of like sixteen episodes or something this season and there’s ten left to actually air. Good as this show may be, it doesn’t need ten more episodes. We don’t need that many zombies and we definitely don’t need to keep tuning into AMC until the other Walking Dead begins, even though that’s clearly what AMC wants.

But if they want to keep The Walking Dead fandom engaged, maybe one cheap crossover episode can do. It doesn’t even have to be big. Just one episode where Travis and Strand pass by an abandoned sports shop. Strand picks up a crossbow and is like “Hey, dude, check this out” and in comes Daryl out of nowhere like “That is very cool” and takes it and walks away. That’d be way more satisfying than the sixth season finale.