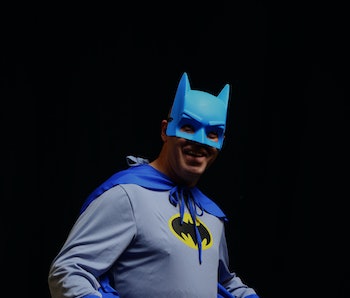 Although their treatment of Constantine didn’t exactly take off, DC and NBC are teaming yet again to produce a superhero television series. But this time it’s a sitcom in the style of The Office. Titled Powerless, the show will follow the mediocre adventures of an insurance company and its employees who live in the world of the Justice League. This is either going to be genius on the level of the animated Tick series, or a wipeout on the scale of the live-action Tick series.

Reported by Entertainment Weekly, Powerless is written by Cars 2 scribe Ben Queen and is “an office comedy about the exceedingly average employees at an insurance company and their quest to find their own power.” NBC has ordered a pilot but has yet to pick it up for a full season.

The proliferation of superhero entertainment might either be epic adventures befitting a Saturday morning or gritty crime dramas, but there is room for comedy. Even mainstream superheroes have memorable comedic moments, but they’re levity for the bigger, heavier stuff. It’s been almost three years but Marvel fans still dig on the Avengers post-credits shawarma scene.

On the other side of the spectrum are full-blown parodies, like SuperMansion or South Park’s Coon trilogy. And I wasn’t kidding earlier — don’t forget the Tick.

No seriously, don’t forget The Tick, because a revival series is on its way.

For the nerdier among us, Powerless raises another question: In what universe will it be set? While NBC’s Constantine became a part of the Arrowverse, Powerless doesn’t appear to have any involvement with Berlanti Productions projects, including Supergirl. Gotham on Fox is an island, and the upcoming Krypton on Syfy is definitively a part of the Justice League’s cinematic universe, which is finally kicking off with Batman v. Superman this March. With so many directions to run, Powerless has its choice of paths. Including, quite possibly, funny in a way that hasn’t succeeded on network TV yet.