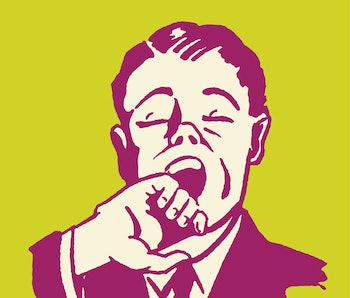 At least a third of Americans say that they don't get enough sleep. Many of us are becoming increasingly disconnected from the nighttime needs of our bodies. A recent boom in the sleep tech industry could use data-driven science to help us regain control.

A lack of sleep negatively affects our physical health and our cognition and performance in the following days. But an advanced brain-computer interface reveals what’s happening in the sleeping brain for the very first time. It offers new hope for increased cognitive function — and, most importantly, a good night’s sleep.

In this episode of The Abstract, we explore how new advances in technology could help us take control of our sleep and improve our cognitive function.

Our first story examines how technology has changed human sleep patterns in recent centuries. Before modern electricity, waking up for hours in the middle of the night was not only normal, but it also provided a satisfying slumber that left our ancestors feeling well-rested. With the invention of electricity, this biphasic sleep cycle was put to rest as people embraced nightlife and began staying up later. We’ve been trying to adjust ever since, but new technology from a growing sleep-tech industry can help us take back control of some much-needed rest.

Our second story takes a closer look at the groundbreaking technology that sheds light on a crucial sleeping process called "offline replay.” An unprecedented study reveals how humans organize their daily experiences when we’re asleep, and proves yet again why a good night’s rest may be even more important than previously thought.

More like this
Science
6.22.2022 10:00 AM
Look: This black hole illusion reveals an innate evolutionary instinct
By Jennifer Walter
Mind and Body
6.19.2022 10:00 AM
Why some nightmares could be a sign of a serious neurological condition
By Abidemi Otaiku and The Conversation
Mind and Body
6.20.2022 12:30 PM
These 90-plus-year-old women reveal the secret to living a long, happy life
By Elana Spivack
Related Tags
Share: