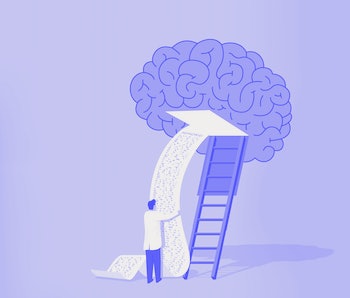 According to a remarkable new study, the brain is also busy replaying waking experiences during sleep. This specialized sleep setting, called “offline replay,” may help organize experiences and cement new memories into long-term storage, without overwriting the old.

For decades, scientists have observed offline replay in animals — but not in humans. This finding is the first direct evidence of the phenomenon in people. It was published Tuesday in the journal Cell Reports.

The team recruited two participants with tetraplegia — the inability to voluntarily move the upper and lower parts of the body. These participants were already involved with another clinical trial, which aims to help people with severe motor disabilities regain communication and control by using their brain signals to move computer cursors, robotic arms, and other assistive devices.

Because they were in that trial, these participants already had small sensors called microelectrode arrays implanted in their motor-related cortex. This is part of the cerebral cortex.

The scientists behind this study used these microelectrode arrays to detect and record the firing of individual neurons in the participant's brains, both while they were asleep and were awake. These arrays underlie why this study is considered so novel.

“This study is unprecedented because of the unique opportunity to record patterns of spiking activity from their chronically implanted micro-electrode arrays,” coauthor Beata Jarosiewicz, a former researcher at BrainGate, tells Inverse. BrainGate is a multi-institutional academic research group that develops brain-computer interfaces for people with paralysis.

In previous studies, electrodes have been too big to make detailed observations of individual neurons in humans.

To ultimately observe offline replay, Jarosiewicz and her colleagues started by asking the two participants to take a nap before and after playing a sequence-copying game similar to Simon, a game night mainstay from the eighties.

The video game has four color panels that light up in various sequences for players to repeat. But in the study, instead of moving their arms, the participants played the game with their minds— moving the cursor under neural control and hitting different colored targets in the correct order as quickly as possible.

While the participants napped, played the game, and then napped again, the researchers recorded their brains, specifically taking note of the individual neurons observed via the electrode arrays.

Both participants' neurons fired in similar patterns while playing the game and during their post-game nap. This finding indicates that the participants' brains kept "playing" the game after they were asleep, replaying the same patterns in their brain at a neuronal level

This is the first time scientists have directly seen offline replay occur in human brains.

"We were certainly surprised to see replay in the human brain, even though it's what we were expecting given the animal literature," Jarosiewicz says. "To make sure what we were seeing was real, we did a series of sanity checks, or controls, to make sure the result wasn't an artifact of something trivial we were overlooking."

Mechanistically, offline replay likely involves two crucial brain structures: the hippocampus and the neocortex. The hippocampus is a small, sea-horse shaped brain region located under the cerebral cortex, and is primarily associated with memory. The neocortex is the wrinkly outer layer of the brain responsible for processing sensory information, controlling voluntary movements, and making decisions.

"We think the hippocampus helps us store new memories quickly, despite our slowly-learning neocortex, by taking a 'snapshot' of which neocortical neurons were active during important or emotionally salient events," Jarosiewicz says.

The hippocampus takes this snapshot by quickly strengthening the neural connections that are activated during an event, Jarosiewicz explains. Later, the brain structure reactivates the same neurons that were involved, and the reactivation is experienced as a memory.

Offline replay is thought to make memories stronger because it gradually incorporates them into the existing knowledge base in the neocortex — without disrupting the information that's already there.

Practically, the study means sleep may be even more important than previously thought.

Getting a good night's sleep before a test and before important interviews is beneficial for good cognitive performance, Jarosiewicz says. It's possible that hitting the hay after a study session or winning a game can help process and store the lessons learned.

Abstract: The offline ‘‘replay’’ of neural firing patterns underlying waking experience, previously observed in non-human animals, is thought to be a mechanism for memory consolidation. Here, we test for replay in the human brain by recording spiking activity from the motor cortex of two participants chronically implanted with micro- electrode arrays as part of a brain-computer interface pilot clinical trial. Participants took a nap before and after playing a neutrally controlled sequence-copying game that consists of many repetitions of one ‘‘repeated’’ sequence sparsely interleaved with varying ‘‘control’’ sequences. Both participants performed repeated sequences more accurately than control sequences, consistent with learning. We compare the firing rate patterns that caused the cursor movements when performing each sequence to firing rate patterns throughout both rest periods. Correlations with repeated sequences increase more from pre- to post-task rest than do correlations with control sequences, providing direct evidence of learning-related replay in the human brain.