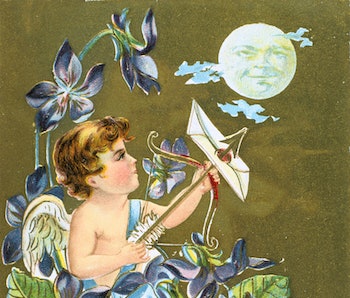 Valentine’s Day and Venus go way back. The planet is named after the Roman goddess of love, and the holiday might be related to the Roman festival Lupercalia, which celebrated spring, fertility, and, uh, the auctioning off of women. The modern holiday is a little more stomachable but even better than a card and a bunch of flowers are these new, incredible images of the planet Venus.

Find those photos in today’s Inverse Daily, along with informative stories about Long Covid and glaciers.

This is an adapted version of the Inverse Daily newsletter for Monday, February 14, 2022. Subscribe for free and earn rewards for reading every day in your inbox. ✉️

The NASA Parker Solar Probe is demystifying Venus. A recent paper published in the journal Geophysical Physical Letters indicates that the Probe has given scientists some “unprecedented glimpses of Venus,” writes managing editor Claire Cameron, including incredible views of the planet’s “continents, flat expanses, and ranging highlands.”

Though Venus’ surface has been captured before, it was only “in other wavelengths of light than those the human eye can see,” writes Cameron. “Typically, Venus appears in visible light as a pearl, mysteriously featureless and utterly opaque.”

But the Probe, which imaged the planet during its nighttime, “was able to see more detail of the surface of Venus in the visible spectrum from space than any mission has ever achieved before.” These details will embolden scientists in their future Venus research, like developing the theory that “Venus was once an analog to Earth — a foreboding example of a planet that was once potentially habitable and now is smothered by its own greenhouse gas effect,” writes Cameron.

Look, but don’t touch: Space volcanoes change the search for life on Venus

There are many questions surrounding Long Covid — is it real? Who gets it? Will I get it? — all of which serve to fuel the general anxiety and misinformation around our two-year pandemic. But new research published in the journal Gut could demystify this particularly opaque aspect of Covid-19.

“The gut microbiome is a significant regulator of the immune system,” writes Jocelyn Solis-Moreira.

“In turn, an imbalanced gut can impair the immune response, including injuring tissues and prolonging inflammation.”

New research indicates that “the gut microbiome might also play a role in why some people develop persistent symptoms even after the initial infection dissipates — Long Covid,” continues Solis-Moreira.

In the study, researchers found that different gut imbalances meant different Long Covid symptoms. “A lack of good bacteria, such as the Bifidobacteria species, which help boost the immune system, was strongly associated with persistent respiratory symptoms,” reports Solis-Moreira.

“People with neuropsychiatric symptoms and fatigue were more likely to have higher Clostridium innocuum and Actinomyces naeslundii.” Though this research is still in its infancy, it’s possible that probiotics, fermented foods, and exercise could help keep your gut happy and your immune system safe from Long Covid.

Eat your tahini: The Mediterranean diet could preserve cognitive function

Glacier study finds Earth has less water than we thought

The fact that glaciers are melting is bad. Now, fresh research indicates that melting glaciers might be even worse for the world than we thought. That’s… good to know.

Previously, scientists were limited by satellite data, which constrained their ability to accurately estimate how much ice makes up a glacier. But this new research uses higher resolution satellite imagery to discover that “the total ice volume in the world’s glaciers is around 140,000 cubic kilometers,” leading to “a 257-millimeter rise in sea level — 20 percent less than previously thought.”

That sounds scary, but some experts tell Inverse that “there may only be a small decrease in projected sea-level rise from glaciers due to this paper’s findings,” and Yarlagadda writes that the study’s most compelling points are in its gaps. “The discrepancy between this study’s findings on global glacier ice volume and previous research hints at the ‘high level of uncertainty of glacier thickness models,’” writes Yarlagadda.

I’m melting: What would happen if the polar ice caps melted?

How does social media affect body image in men?

“When the Facebook Papers were published last year, much of the media attention focused on the company’s knowledge of how using Instagram affects the body image and mental health of teenage girls,” writes Katie MacBride. But men aren’t immune to falling in social media’s pristine pit.

Unfortunately, “research into men, social media, and body image is much less robust than it is for women,” and “negative self-perception of one’s body often manifests differently in men than women, which can also contribute to a dearth of public discussion on the subject,” writes MacBride.

Just as women feel pressured by Instagram models’ impossible, FaceTuned selfies, men see bulked-up fitness influencers and stress over what they should do to make their bodies look like that.

But, no matter your gender, there are ways to comfortably engage in aspirational body content online. Experts recommend integrating health information from multiple sources and working through personal fitness goals with a real-life professional. Though, if the endless scroll is still too much, don’t hesitate to “shut off your phone or computer and talk to friends and family as well as medical and mental health professionals,” writes MacBride.

You are what you follow: Is social media bad for mental health?

More like this
Science
12 hours ago
7 Years Ago the World Agreed to Slow Down Climate Change — But a New Report Shows an Uneven Future
By Tara Yarlagadda
Science
Jan. 29, 2023
Are coyotes dangerous to dogs and cats? Here’s how to keep your pets safe
By Tara Yarlagadda
Science
Jan. 26, 2023
Lab-grown chicken could hit store shelves soon — here's how it tastes
By John Wenz
LEARN SOMETHING NEW EVERY DAY.
Related Tags
Share: