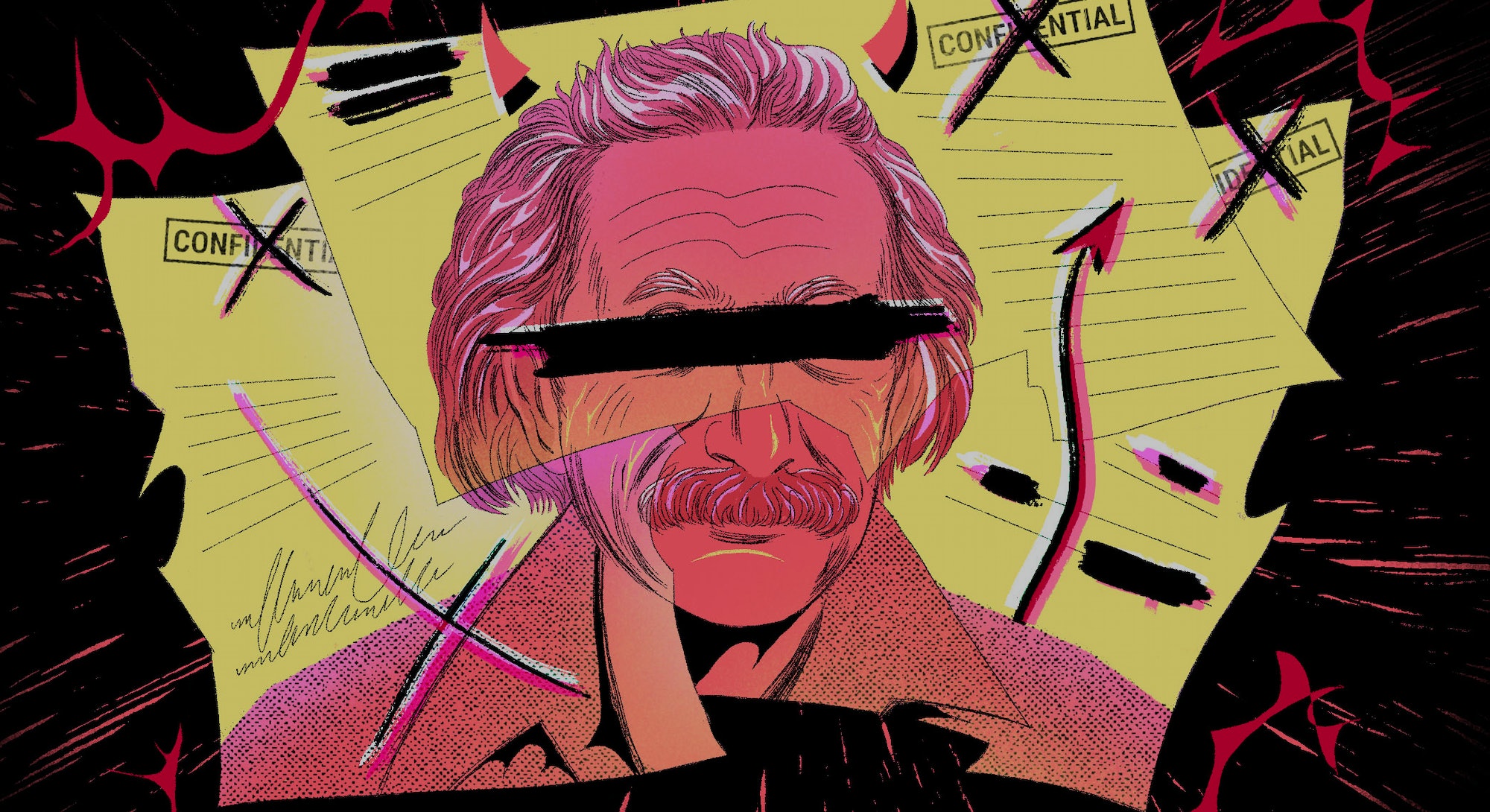 The FBI’s interest in Albert Einstein began as early as 1934.

Einstein’s former home in Berlin had been raided by the Gestapo (the official secret police of Nazi Germany). Deeply conscious that his Jewishness made him a high-profile target for the Nazis, he’d already exited the country a year earlier and settled in New Jersey, where he would live for the next two decades.

That year, a letter from a Ventura, California sheriff’s office arrived on the desk of FBI supremo J. Edgar Hoover, accusing Einstein of being a Communist. In a reply, Hoover denied that there was anything he could do. But the FBI kept that letter on file. And by Einstein’s 1955 passing, that file had inflated to well over a thousand pages.

But a closer look at what the FBI claimed to know about Albert Einstein — and the agency’s plans for the famous scientist — reveals more about American paranoia during the Cold War than it does about Einstein himself.

Why did the FBI care about Albert Einstein?

Even before Einstein came to America, he wasn’t shy about his politics. Living in Berlin during World War I, Einstein denounced Germany’s war effort even as many of his colleagues (like Max Planck) supported it. He later labeled nationalism “an infantile disease…the measles of mankind,” and he held socialist sympathies.

When the Nazis came to power in 1933, they put a bounty on Einstein’s life, forcing him to leave Germany. He was partly drawn to the United States, whose citizenship he’d gain in 1940, by his fondness for American culture. He found it conducive to creativity and free thought, in sharp contrast to the social pressures he saw in Europe.

But Einstein wasn’t shy to criticize his adopted country either.

“Being a Jew myself, perhaps I can understand and empathize with how black people feel as victims of discrimination,” he once said.

He spoke out against segregation, lynchings, and miscarriages of justice. He befriended the writer W.E.B. Du Bois and the actor Paul Robeson, and received an honorary degree from the historically black Lincoln University.

“His very public criticism of the hydrogen bomb project on U.S. television in 1950 was undoubtedly what provoked J. Edgar Hoover.”

Einstein famously co-wrote (along with a few other emigrant physicists including Leo Szilard, Edward Teller, and Eugene Wigner) a letter to the White House, encouraging America to counter the threat of Nazi Germany acquiring an atomic weapon — inadvertently kicking off the Manhattan Project, which Einstein was excluded from. It was a letter Einstein would come to regret.

In 1946, as the world was plunging into the shadow of the Cold War, Einstein advocated for a single world government (structured not unlike the United States) to ensure no country’s government could use the atom bomb in anger.

Despite all this, as late as 1949, the FBI wasn’t actively watching Einstein.

All that changed on February 12th, 1950. Weeks earlier, President Harry Truman had announced that America was developing the even more powerful hydrogen bomb. In response, Einstein appeared on a national television program hosted by ex-First Lady Eleanor Roosevelt and denounced the whole effort.

“The annihilation of any life on Earth has been brought within the range of technical possibilities,” he said.

“His very public criticism of the hydrogen bomb project on U.S. television in 1950 was undoubtedly what provoked J. Edgar Hoover to put Einstein under FBI observation,” Andrew Robinson, a historian who has written two books on Einstein’s life, tells Inverse. “It was unequivocal and came from the most famous scientist of his time.”

What’s in the FBI files on Einstein?

FBI internal memos found in its Einstein file hint at the agency’s master plan for the physicist. Hoover seemed to want Einstein stripped of his U.S. citizenship and deported — it isn’t clear where, though. So the FBI fished through Einstein’s past for anything it could use to paint him as a radical, a subversive, or even a Communist agent.

The government agency conducted dubious research on Einstein’s past. It tracked assorted acquaintances: his secretary, whom the FBI thought they could turn into an informant; old colleagues from universities in Europe who sympathized with socialist or communist causes; Einstein’s son, who was thought to be a hostage in the Soviet Union at the time (actually, he was in South Carolina).

Mixed into the files are a smattering of newspaper cuttings. Einstein was the celebrity scientist of his day, and papers around the country reported on his appearances. One paper in Arlington, Virginia, even claimed Einstein was helping ex-Nazi scientists build an aerial death ray, which prompted the FBI to seek the input of military intelligence. (They said the idea was rubbish.)

“He was largely indifferent to the risk of assassination by the Nazis.”

Interspersed are letters to the FBI concerning Einstein, some from arbitrary members of the public. Some questioned Einstein’s right to be in the country. Another was an anonymous note asking, “Who helped A. Eienstien [sic] get in to U.S.A. ???” Still, another speculated that Einstein was linked to flying saucers, which were actually secret Soviet weapons.

If Einstein knew he was being watched, he did little to show it. In 1953, a New York City English teacher named William Frauenglass was called to testify about supposed Communist ties in his teachers’ union, at risk of losing his job. Einstein wrote him a letter encouraging him to remain silent. “Einstein knew he was risking jail,” says Robinson.

Einstein passed away in 1955, preventing whatever the FBI’s master plan was from ever reaching fruition. But even if it had advanced, it’s another question if Einstein would have let the threat get to him.

“He was largely indifferent to the risk of assassination by the Nazis in 1933,” says Robinson. “I don’t think FBI surveillance would have frightened him.”

On his 143rd birthday, Inverse celebrates the world’s most iconic physicist — and interrogates the myth of his genius. Welcome to Einstein Week.