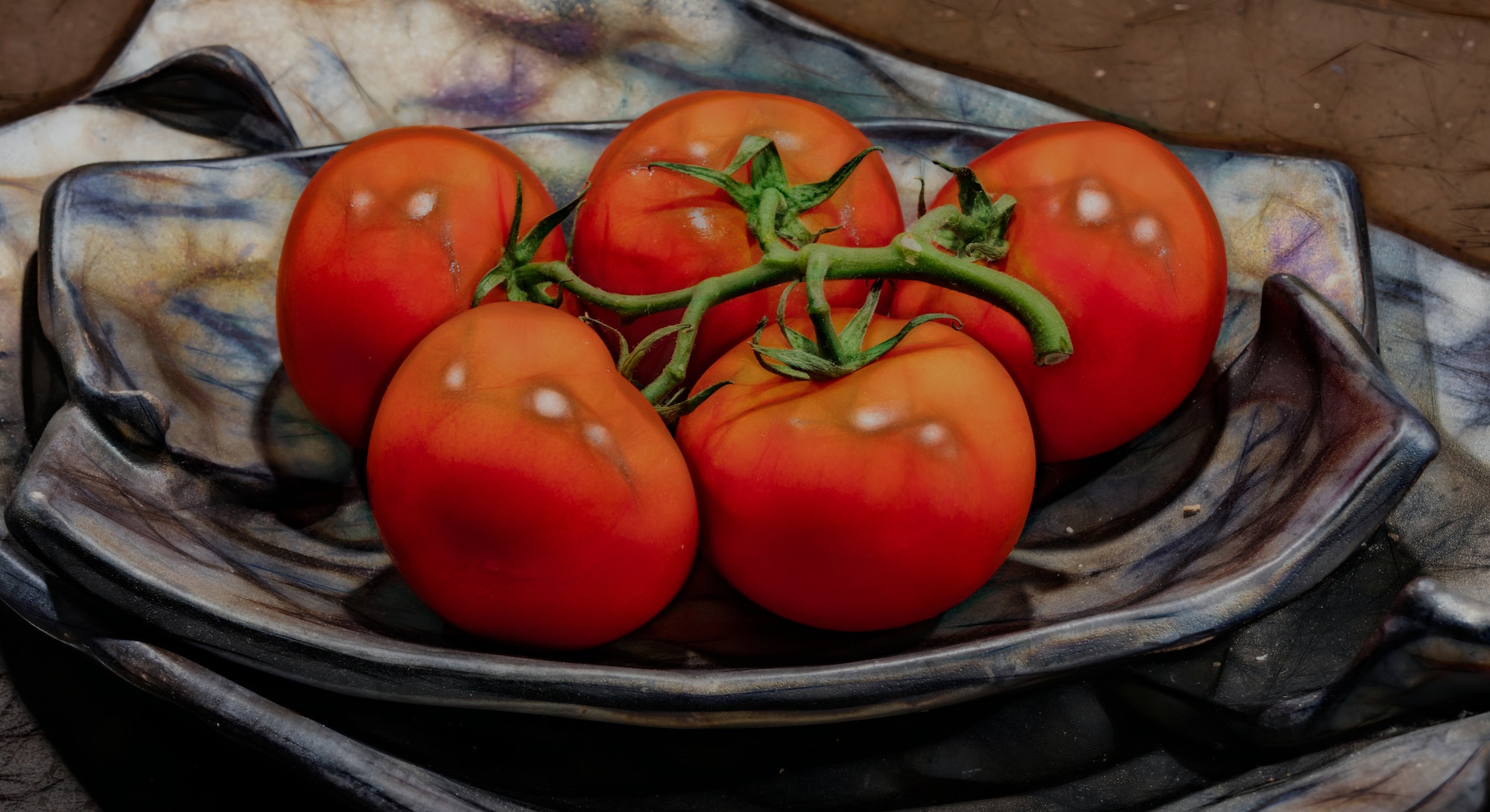 Humans have a massive problem: feeding our future selves. As the population booms and sustainable land use becomes ever-more challenging, knowing how to grow enough food for the future is a question at the top of agricultural scientists’ minds.

Enter a tomato with a difference. In an effort to grow more crops in smaller and less-than-pristine locations, scientists developed a new strain of tomato that can be grown in rooftop gardens, shipping containers, and — eventually — even in space.

The amazing fruit (no, it is not a vegetable) is described in a paper published this week in the journal Nature Biotechnology.

The researchers used the gene editing tool CRISPR–Cas9 to restructure vine-growing tomatoes, turning them into a compact plant that produces fruit early, making it a better fit for urban gardens and other spaces where it’s difficult to grow food.

They targeted a gene in a tomato plant that’s linked to stem length. Pairing that alteration with two other mutations — on genes that control reproductive growth and plant size — produced the new “urban agriculture tomatoes.”

Growing in peculiar bunches, the new tomatoes look more like a bundle of tiny balloons than the traditional cherry tomatoes we’re used to seeing in grocery and farmer’s markets. Plants produce ripe-for-harvest fruit in less than 40 days.

The gene targets and engineering strategies usingu,sed with further research and techniques, “are a key step towards the development of agricultural systems for space travel,” the researchers write.

On Earth, the new tomato could have a big impact, too.

In cities, land that can be dedicated to crops is scarce — but places with high populations have a need for “rapid crop cycling, to yield quickly and continuously,” the researchers say. Those particularities have long been a barrier for urban farming. So far only lettuce and other leafy greens have been able to grow at mass in urban farms, the researchers say.

Having access to a compact, quickly-growing tomato could be a big boost to urban agriculture.

With about half of the world’s population living in cities, and two-thirds expected to do so by 2050, focusing on feeding all those people will be key.

Not only can this amazing tomato produce more food in those areas, it might also ease some growing concerns over how we use land — and in turn, how that use contributes to climate change. The Intergovernmental Panel on Climate Change, a body of the United Nations, has warned that we need to completely overhaul the way we use land in order to conserve it and save ourselves from the worst effects of a changing climate.

Cultivation of crops in urban environments might reduce the environmental impact of food production. However, lack of available land in cities and a need for rapid crop cycling, to yield quickly and continuously, mean that so far only lettuce and related ‘leafy green’ vegetables are cultivated in urban farms. New fruit varieties with architectures and yields suitable for urban farming have proven difficult to breed. We identified a regulator of tomato stem length (SlER) and devised a trait-stacking strategy to combine mutations for condensed shoots, rapid flowering (SP5G) and precocious growth termination (SP). Application of our strategy using one-step CRISPR–Cas9 genome editing restructured vine-like tomato plants into compact, early yielding plants suitable for urban agriculture. Field data confirmed that yields were maintained, and we demonstrated cultivation in indoor farming systems. Targeting the same stem length regulator alone in groundcherry, another Solanaceae plant, also enabled engineering to a compact stature. Our approach can expand the repertoire of crops for urban agriculture.