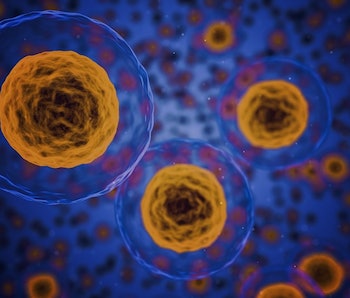 For years, we have speculated about the promise that CRISPR — a gene editing tool that can precisely change DNA sequences — holds to treat human disease. This week, our high expectations were put to the test. On Wednesday, reports confirmed that the United States embarked on a new clinical trial using CRISPR to treat human cancer patients — the first of many more to come.

CRISPR is a powerful, controversial tool, in part because it’s unclear how safe and reliable it is and partially because it can be used create genetic changes that are passed down through generations, if used in germ-line cells like eggs and sperm. In general, it functions like a word processor’s cut-and-paste function, cutting out specific chunks of DNA that researchers can replace with new sequences. In this way, it can allow scientists to remove cancer-causing mutations from DNA and replace it with immune-boosting DNA sequences, which is what the University of Pennsylvania scientists are doing in their new trial.

As NPR reported, the team used CRISPR to genetically engineer the immune cells of two cancer patients, one suffering from multiple myeloma and another from sarcoma. According to clinical trial documentation, their goal is to engineer samples of T-cells (immune system cells) from each patient using CRISPR to delete one gene and add another, giving the patients’ immune systems new tools to fight the cancer in their bodies.

This trial is a landmark moment for the US. It isn’t, however, the first time CRISPR has been used in humans. To the horror of the international genetics community, in late 2018 the Chinese scientist He Jiankui used CRISPR to edit human embryos, hoping to make two twin girls resistant to HIV. Many clinical trials using CRISPR on cancer cells have happened in China, and a few have begun in Europe and in Canada.

The new clinical trial is very different from the experiments done so far. The intention behind this trial was to proceed ethically and carefully into the realm of testing CRISPR in human cancer patients, and it’s already paving a path for many more trials like it in the United States.

How Did This Clinical Trial Get Approved?

The trial currently underway at the University of Pennsylvania was first proposed in 2016. It took nearly two years for work to begin on the trial as federal agencies weighed the risks and benefits. China’s CRISPR trials performed at Hangzhou Cancer Hospital, in contrast, were reportedly approved after a single afternoon.

US scientists have proceeded carefully regarding CRISPR and other gene editing technologies because of safety concerns and because of the ethical implications of editing human genetic material. The process was slow because historically, gene therapy clinical trials had to be approved by the Food and Drug Administration and went through an additional round of oversight by the National Institutes of Health’s Recombinant DNA Advisory Committee (RAC), which would review all protocols. Together, these agencies provided a double layer of scrutiny because gene editing, for a long time, was considered uncharted territory.

In an announcement, NIH director Francis Collins said she would allow the RAC to take a back seat to the FDA in the regulation of gene therapy trials. “With the evolution of the science, the oversight roles of the RAC, the U.S. Food and Drug Administration, and institutional oversight authorities have become overlapping and arguably redundant,” Collins said in 2014.

The CRISPR clinical trial process has been even further streamlined since then with the help of efforts from Collins and former FDA commissioner Dr. Scott Gottlieb. Writing in the New England Journal of Medicine in August 2018, they called CRISPR was a “quantum leap forward” for the field, noting that regulations would change to “safely expedite progress”:

In the view of the senior leaders of the FDA and the NIH, there is no longer sufficient evidence to claim that the risks of gene therapy are entirely unique and unpredictable — or that the field still requires special oversight that falls outside our existing framework for ensuring safety.

Just two days after they published their statement in the NEJM, they submitted a notice to the Federal Register that eliminated RAC review and removed reporting requirements to the NIH for human gene therapy trials.

In doing so, two major regulatory agencies made their view clear: gene therapy clinical trials are no longer as radical as we once believed them to be.

More Trials in the Works

On September 5, 2018, Penn’s clinical trial enrolled its first patient, according to official documents. Importantly, it’s not clear whether the new changes in policy had anything to do with the trial’s approval. Nevertheless, as these processes happened simultaneously, they indicated that the US was ready to really dive into CRISPR from both a scientific and a regulatory standpoint.

The NIH’s database of global clinical trials lists 26 trials around the world that involve CRISPR’s use in human cells. They are all at different stages: some are recruiting, others are suspended. Twelve of those trials are happening in China, and nine are listed in the US.

This suggests that gene therapy is becoming a more normal part of the FDA’s quest for new treatment — or at least one that doesn’t require additional agencies to carefully watch over it all the time. Speaking to NPR, Fyodor Urnov, deputy director at the Altius Institute for Biomedical Sciences in Seattle, also made it clear that this is already a big year for CRISPR’s use in humans.

“2019 is the year when the training wheels come off and the world gets to see what CRISPR can really do for the world in the most positive sense,” he said.

Proceeding cautiously in the wake of the alarming misuses of this powerful technology, America seems to be modernizing its regulatory frameworks to allow scientists to probe the good that CRISPR can do. This clinical trial at Penn, which is supposed to conclude by 2033, is one of the first to do that — but it definitely won’t be the last.