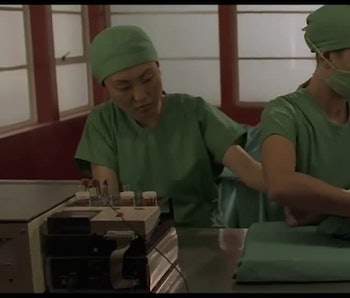 In breakthrough research published on Wednesday, American scientists announced that they had successfully edited disease-causing genes out of human embryos using the gene-editing tool CRISPR. In Nature, Oregon Health and Science University (OHSU) researchers outlined their achievement, which opens a door into a long-awaited, controversial future in which “designer babies” are a very real possibility.

The term stems from the idea that parents will be able to select the genes they want and don’t want in their babies, stoking fears of a Gattaca-like scenario where society is divided into the genetically enhanced and the genetically poor. However, the OHSU achievement is being framed as a way to eliminate the risk of potentially deadly diseases in children, which seems hard to argue with, even in light of futuristic concerns about genetic inequality.

But Marcy Darnovsky, Ph.D., Executive Director of the Center for Genetics and Society, warns Inverse that the way the research is being presented is “deeply misleading.”

“I think it’s even more controversial now,” Darnovsky said when asked whether the possibility of saving children’s lives made the prospect of gene editing any less contentious. As genome manipulation becomes feasible and more accepted, she says it’s more important than ever to realize “there’s no need to manipulate the genes of children to remove the risk of disease.”

Darnovsky is alluding to a widely available technique known as “embryo screening”. In this technique, embryos are created outside of a mother’s womb and genetically screened for disease before they’re implanted into the uterus. This gives parents full control over whether or not their child will carry a disease-associated gene, making it incorrect to think of genome editing in embryos as the only way to prevent genetic disease in kids. “If you think it’s ok to select out for whatever trait, you can [already] do that,” she explains, noting that, even though the technique is common in IVF clinics, most people don’t know about it because it rarely gets mentioned in media coverage about gene editing.

It was mentioned, briefly, in an interview the New York Times had with Dr. Paula Amato, a co-author of the study and a reproductive endocrinologist at OHSU. Amato, the Times said, acknowledged that it might be used “when screening embryos is not an option or to reduce arduous IVF cycles for women.” In the same article, Hank Greely, Ph.D., director of Stanford’s Center for Law and the Biosciences, pointed out that gene editing could be used to fix defective embryos before implantation, reducing the number of embryos that are ultimately discarded.

These are valid points, but they don’t change the fact that CRISPR-based genome editing offers not only the potential to remove defective genes but also add more desirable ones, which embryo screening does not. In the designer baby-filled future Darnovsky is concerned about, the line between therapeutic and augmentative gene edits is blurred. But you could say the OHSU research provides our first glimpse into it: The genes that were edited out of the embryos were associated with a disease called hypertrophic cardiomyopathy (HCM), which is devastating or not at all, depending on who you ask. The study frames it as the “commonest cause of sudden death in otherwise healthy young athletes,” but Darnovsky points out that most people with HCM show few symptoms and have an average life expectancy. “Already we can’t draw a distinction between what counts as a serious disease or a non-serious disease,” she says.

But the OHSU researchers — which include Shoukhrat Mitalipov, Ph.D. who’s no stranger to ethical controversy — don’t seem to tackle these concerns. “The consequences and the ethics of it, they’re not addressing that in any honest or meaningful way,” she says.

Darnovsky is not alone in her unease. While the U.S. has uniquely lax laws surrounding human genome editing (the government will not fund it, but private funders abound), over 40 countries have laws prohibiting germline gene editing — the kind that can be passed on to future generations — and all European countries are bound by the Convention on Human Rights and Biomedicine, which prohibit the same thing. But these laws don’t interfere with studying genome manipulation for therapeutic, non-heritable reasons, says Darnovsky, explaining that this sort of research alone presents the “clear, responsible path forward.”

But with no laws prohibiting it and clear proof that it can be done, germline manipulation in embryos can very well continue in the US, whether it’s considered responsible or not. While it’s certainly important to keep our scientists in check, it may be just as important to begin to prepare ourselves for the the ethical repercussions that the designer babies will inevitably bring.

“The last thing that we need is to introduce that idea that the disparities we live with are actually biological in nature, or that we have some new kinds of inequality that’s inscribed in the genome,” Darnovsky says. “That just seems to be the wrong path to go down, and a very dangerous one.”