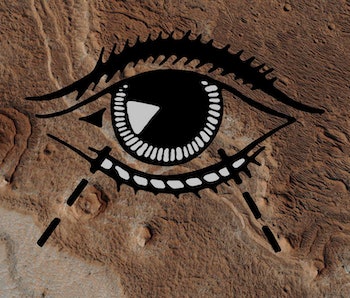 The first colonizers to Mars could forge a schism in the species — one that makes sex with Earth-based humans lethal.

“I don’t think there has been nearly as much discussion about what would become of the people that are living in these colonies generations later,” Scott Solomon, a professor at Rice University, told Inverse in May.

Indeed, Solomon believes that humans could lose their immune systems in the sterile environments of Mars’ colonies. As the divide between Mars-humans and Earth-humans develops, the species experiences a possibly irreversible rift.

It was perhaps one of the most bizarre revelations about the plans to build cities in outer space. Elon Musk’s SpaceX is rushing to establish a city on Mars by 2050, using its Starship rocket and competitive ticket prices to encourage punters to come along for the ride. Jeff Bezos’ Blue Origin is focused on building floating, orbiting space stations that make it easy to return to Earth while creating outer worlds.

In SpaceX’s case, the goal is to establish a planet-hopping species. The Starship is designed to run on liquid oxygen and methane, harvestable from many planets. Astronauts could set up a propellant depot and send the Starship out even further, or return home to Earth.

Unfortunately, thanks to an accelerated mutation process and unique living conditions, those Mars-humans may not last long on their return to Earth.

Solomon argued in his 2016 book Future Humans: Inside the Science of Our Continuing Evolution that, despite what many think, evolution is still playing a part in modern humans. That would be accelerated, he argued in January 2018, when humans go to Mars.

The main driver would be the evolutionary benefits to changes. If a mutation gives humans a 50 percent greater chance at survival, that’s going to rapidly skew the number to favor that benefit. And while most kids are born with 20 to 120 mutations, Solomon argues that the high levels of radiation will cause that figure to surge. Another option is to use the CRISPR/Cas9 tool to design better genes faster.

What might those changes look like? Think more near-sighted people adapting to confined spaces, more efficient use of oxygen, denser bones to counteract Mars’ two-thirds weaker gravity, and possibly a new skin tone better suited to the radiation.

The most radical change could be the loss of an immune system. That’s because the humans would live in a sterile environment, which could mean immune systems wither away over time. Ships between the two could act as a quarantine zone.

As the two groups no longer intermingle as much as before, there could be a rise in nationalism, new economic thought, and perhaps a class divide.

Getting humans to Mars? It could be the least of our worries.

As 2019 draws to a close, Inverse is counting down the 25 science stories from this year that made us say “WTF.” Some are incredible, some are icky, and some are just plain strange. This has been #23. Read the original article here.