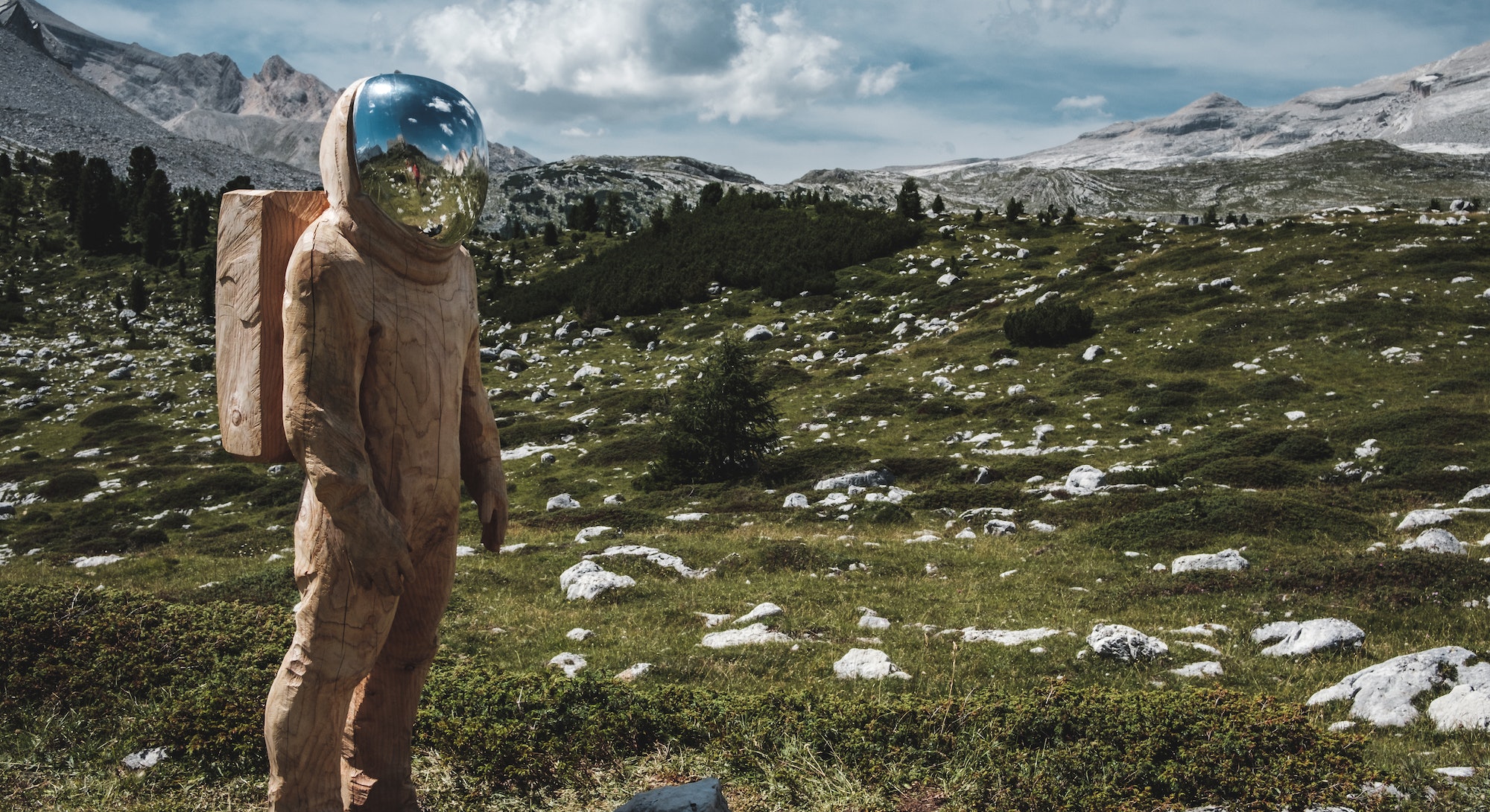 Space engineers want to entice wealthy explorers to spend six-figure sums on a roundtrip ticket to Mars, laying the groundwork for cities that could some day forge a new path for humanity. But with the long journey required, and in light of its harsh, unforgiving climate, will the prospect of a Mars vacation actually be alluring enough for the people who could feasibly afford it?

Not everyone who’s looked into it is convinced.

SpaceX CEO Elon Musk, one such believer, is the most high-profile advocate for attempting to start humanity’s first extraterrestrial city on the red planet. He’s spoken about his goal to send one million people to Mars in 100 years, with the price of a return ticket at $200,000, around that of a median house in the United States. His firm is building the Starship, a stainless steel behemoth capable of transporting 100 people at once. Pizzerias and bars on Mars are in Musk’s vision.

Musk is not alone. Another contender in the Mars race is the United Arab Emirates, which wants to collectively spend $135 million to build a 1.9 million square foot city by 2117, complete with space-themed museum with 3D-printed art. Theoretical physicist Michio Kaku previously told Inverse that a such a colony could theoretically take shape as early as the 2060s.

Guenter Lang, an economics professor at Kühne Logistics University in Germany, is one of the people who’s carefully studied what it would cost to actually go to Mars. His prediction isn’t as rosy.

Lang believes that a few hundred thousand people will want to take the plunge. However, without the right incentives — perhaps through subsidies to reduce the cost — a Mars city could end up a vanity project for the one percent of the one percent.

Mars Trips Will Be No Vacation

The main barrier to Mars trips is that people might not be tempted enough to give it ago. This leaves only the mega-rich to take up space exploration. This then presents another problem: Once a few billionaires have already done it, what’s in it, ego-wise, for trips two, three, and four?

After all, why would pampered billionaires risk their life to spend three-to-six months in a pokey spaceship, only to wind up in an ancient red desert, with no breathable atmosphere, at a price far higher than most will ever spend on vacations in their whole life?

Exclusivity-focused daredevils could make up the first Mars colonists, but its appeal could diminish after the first few share those survival-focused experiences.

Lang is actually a believer in the benefits of space investment, having given lectures on topics like asteroid mining. But he’s not convinced this space city will take shape any time soon, let alone support a new class of extraterrestrial industries within our lifetimes.

“There will be some things like a trip to the moon, maybe to Mars,” Lang tells Inverse, referring to the next few decades. “I think that will just be a handful. That’s perfectly fine. However, as a viable industry … I would be surprised. Not in this century.”

As for the prospect of building a colony on Mars? Lang cites three (not insurmountable) barriers.

Going to Mars: The Value of Leaving the Earth

Lang looked at three kinds of data to estimate how many people may go to Mars. The first was how much the general population values space travel, which he estimated using domestic spending by democratic governments. While voters rarely prioritize measures to solve long term-problems like over-population or climate change, it still provides a rough guide to how average people value space exploration against other priorities.

And it’s these results which look especially grim. The domestic budget for space activities in the United Kingdom is around $516 million, in the region of $10 per person — about the same amount allocated to fixing potholes. In Germany, the spend equates to around $20 per person.

The United States spends more, about $40 to $50 per capita on space. At the height of the space race, with the Soviet Union breathing down the neck of the highly-committed leadership, the U.S. only spent around $200 per capita. Americans have alarmingly even expressed interest in cutting the program altogether. By comparison, the country spent around 10 times that peak figure on defense in 2018 alone, reaching nearly $2,000. If there’s an untapped groundswell of support for going to space, it has gone almost completely unnoticed by elected representatives.

“So we can just forget about that,” Günter says.

Going to Mars: Self-Funded Space Tourists Go Their Own Way

The second approach is to look at how many people have paid up to go to space. There’s a surprising amount of people that have taken the plunge, and even more so that have pledged to pay later.

American businessman Dennis Tito became the first space tourist when he paid $20 million in 2001. Game developer Richard Garriott became the sixth person to privately fund his trip to space when he paid $30 million in 2008. Guy Laliberte, founder of Cirque Du Soleil, paid $35 million to go to the International Space Station in 2009. Yusaku Maezawa, estimated to have a net worth of $3.6 billion, announced in September 2018 that he had paid SpaceX an undisclosed sum to send himself and six to eight artists on a trip around the moon in 2023. Others are somewhat cheaper — Virgin Galactic, the suborbital spaceflight firm founded by Richard Branson, declared in 2017 that it had sold 650 tickets for flights at $250,000 a piece.

The problem with these trips is that they’re incredibly limited, and their exclusivity enables firms to charge higher prices than the trips could otherwise command in the marketplace. It could make it harder to reach more consumers and continue funding trips. Space Adventures, the spaceflight team that enabled Garriott to experience the “overview effect,” boasts that buyers will be “one of the first 600 people to have ever flown to space.”

“What I meant was that the willingness to pay for space trips will drop very fast once the numbers will increase,” he says in an email after our discussion. “For example, we may be able to sell two seats for a moon travel for let’s say 50-75 million per seat, but 20 seats only for 5-10 million. A very steep demand curve because of the exclusivity of the product, but not an irregular one.”

Unfortunately, the numbers around these trips don’t reveal much about the potential for the market in the future.

“At the beginning you can do cream skimming,” Lang says. “There are some persons willing to do that. However, if you are not the first or the second or the 10th, then this will soon go down!”

Going to Mars: “Our Survey Said…”

The third approach is to look at survey data. Futron, a space forecasting firm, conducted a survey in 2002 with 450 rich Americans, defined as those earning $250,000 or more per annum or with a net worth of over $1 million. When given a realistic description of orbital space travel that covered the lengthy training involved, the possible sickness on return and the tiny windows on the ship, 10 percent said they were definitely likely to do it while a further 15 percent said they were fairly likely to. In terms of pricing, 70 percent of all surveyed said they were not willing to pay at least $1 million for this hypothetical trip.

That remaining 30 percent could still be a huge market. A Credit Suisse report found in 2017 that there were 36 million millionaires in the world. If 30 percent of those are happy to pay more than $1 million to go to space, that’s around 10 million willful respondents with the resources to pay.

Lang expresses caution with reading too far into these results. Many millionaires prefer to conduct their finances privately, so there’s a level of self-selection at play. The sort of people that respond to a questionnaire like this are already unique, so it’s hard to say for sure that 30 percent of the rich population at large would say yes. The other issue, Lang notes, is that the survey asked respondents how they felt about spending that kind of money on a trip, instead of asking to choose between other options like several once-in-a-lifetime experiences or other investments.

For these reasons Lang suspects the real figure is somewhere around one percent. Considering Credit Suisse defines people with a net worth of over $871,320 as part of the global one percent richest, it’s essentially one percent of the one percent that will choose to go to space. That’s still around 360,000 people, but there’s probably even fewer that will go to Mars.

Going to Mars: Taking a Risk

Musk is hoping that a price equivalent to the median house in the United States will encourage buyers. After all, if it’s a choice between staying on a crowded Earth or taking a risk on spaceflight, why not take out some sort of bank loan or sell your house to cover the ticket? Assuming Musk can reach this price, it’s still asking buyers to take their investment in an asset like a house and spend it on a consumable. Your ticket to Mars also probably won’t appreciate in value, nor is it something you could sell once used.

Of course these incentives would change if someone, a government or a space evangelist like Musk, for example, offered subsidies. And these subsidies could, potentially, be worth it.

“This is also positive for the whole economy,” Lang says. “As a nice side effect from private space trips, very useful data will be generated for research purposes.

“This implies that governments could or should subsidize space tourism because of this positive externality.”

Even looking at the mega-rich tempted by a small buy, it’s a big ask. Mars is barren, the spaceship will be cramped, and early settlers will be focused on survival.

Paul Wooster, principal Mars development engineer for SpaceX, said in September 2018 that initial focus will be on developing life support systems, before conducting research about the planet.

Developing life support systems in a space desert millions of miles away sounds like hard work. For a pampered member of the elite living on Earth, it’s going to take a specific kind of person to give up the luxuries they’re accustomed to. But perhaps for carving out a bold new future for humanity, at least some deep-pocketed explorers will be tempted to take the risk.