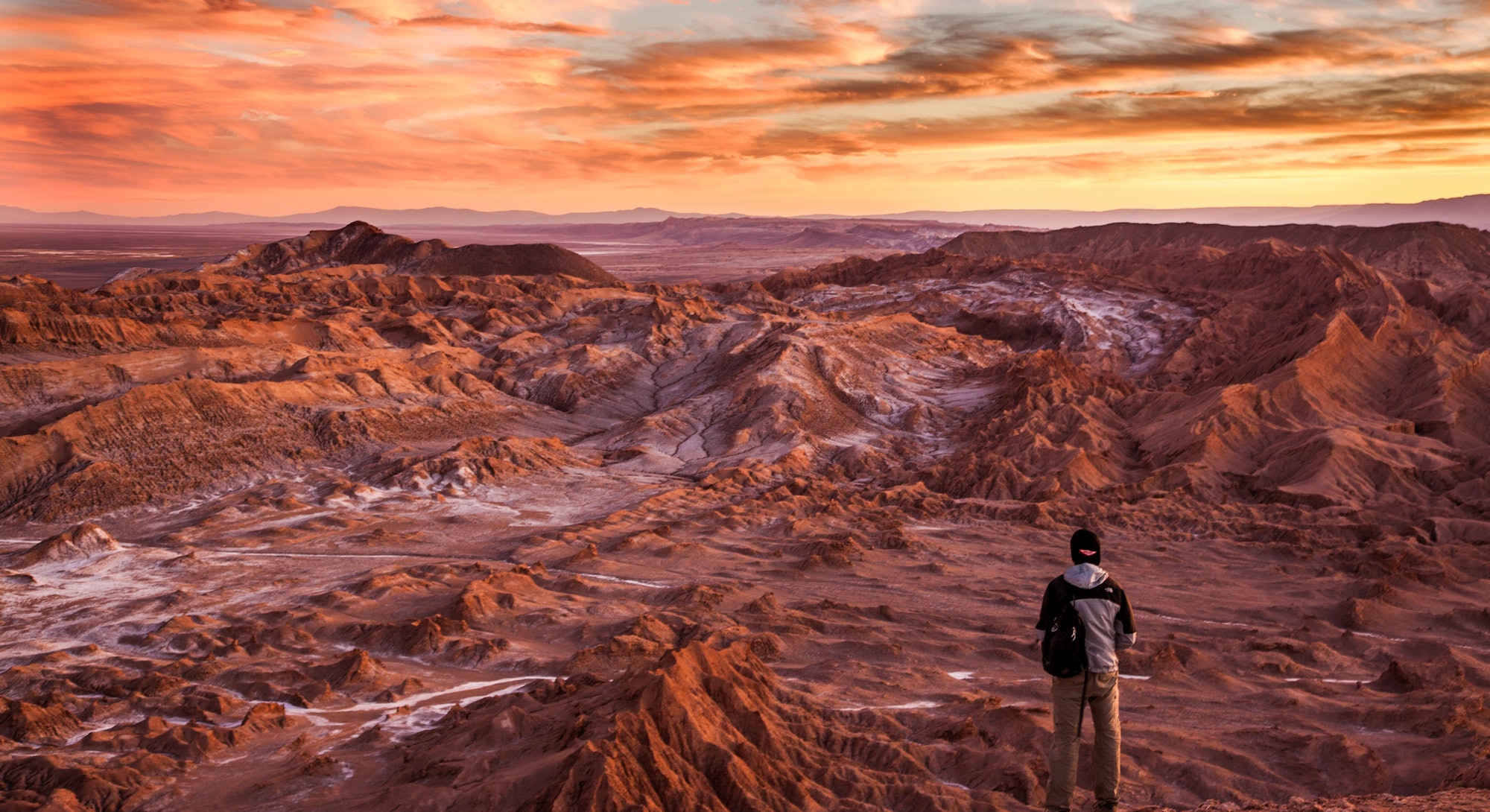 A city on Mars could provide the first-ever truly blank slate to organize a new kind of economy.

While attempts to re-organize the means of production are as old as humankind itself, these experiments have always been limited to some extent by the economic systems that came before. People can only change so much so fast. Space exploration, and the establishment of new colonies, may be humanity’s first shot at creating an economy from the ground up. Its first settlers could opt for pure socialism — where all ownership was shared — just as easily as they could establish a city that enshrines property rights so much there are no other laws at all. The dusty red surface, in other words, will provide us with what could be the first history-free moment to start anew.

“To an economist, this is perhaps the most exciting thing about space settlement!” Matt Weinzierl, a professor at Harvard Business School who has written about the economics of space, tells Inverse. With Jeff Bezos and Elon Musk possibly on the verge of opening up space to society, a prospect that has venture capitalists excited, this developing area of research has started to grapple with how economics may shift as humans explore beyond Earth.

In his 2018 essay “Space, the Final Economic Frontier,” Weinzierl argued that this area needs a new framework for understanding how societies may develop. Neil deGrasse Tyson has argued that asteroid mining, which could create an abundance of new resources for Earth, could create the first trillionaire. Musk’s SpaceX, which wants to establish a city on Mars by 2050, has outlined a vision that initially focuses on survival systems before moving onto scientific research.

But the precise economics of a potential Martian society — how people will pay for things, who they’ll pay taxes to, what gets people to wake up and go to work each morning — has long been a subject of curiosity. Alexandr Bogdanov wrote Red Star while in exile after the failed 1905 Russian Revolution, imagining a Mars that achieved the socialist dream that had eluded figures involved in the uprising. Kim Stanley Robinson’s Red Mars trilogy in the 1990s has been read as a successor to Bogdanov’s work, with 100 settlers with varying views of Mars seeking to terraform the planet.

Others consider the Martian colony as a potential canvas to create innovative forms of small government. Thomas L. James and Carl C. Carlsson’s In the Shadow of Ares was listed by Reason in 2012 as one of the top libertarian science fiction novels of the year, and focused on the secrets behind an ill-fated mission and the figures in the shadows who controlled information. Even outside of science fiction, Musk himself suggested in March 2018 that Mars could initially govern itself as a direct democracy with short laws, adding that “something suspicious is going on if there’s long laws.”

Inverse spoke to Weinzierl about the promise presented by these new economies that could one day form on Mars.

Inverse: It seems nobody knows for sure where space exploration will offer the most lucrative returns, would you say that’s fair?

Weinzierl: Yes. While there are many ideas on how using space more extensively might prove profitable, whether any of those ideas will ultimately work out is unclear.

SpaceX says that its first inhabitants will be tasked with researching the planet and conducting experiments. What sort of jobs do you think Mars inhabitants will take up in this future city?

Of course, this is highly speculative, but I would imagine that managing the construction of basic infrastructure will be the first task of most inhabitants, especially if we include agriculture and aquaculture in our definition of infrastructure. Mars will be unforgiving for some time, so survival will be everyone’s main job.

"“Perhaps there would be an interim stage where Mars settlers would send tax payments to Earth, but I would expect that arrangement to quickly generate Martian revolutionary sentiments!"

It sounds like asteroid mining could offer big returns for investors. Do you envision a society of miners?

It’s actually not clear how to make money from asteroids; startups focused on it have faced substantial obstacles. The clearest business case at the moment seems to be in extracting water from asteroids for use as the source of rocket fuel in space “gas stations.” But, as of yet, there’s not all that much demand for refueling in space, so even this case for mining is speculative at the moment.

Will Mars inhabitants pay tax, and if so to SpaceX or to an Earth-based government? It seems property rights are a bit of a grey area right now. What would these taxes fund?

Property rights are most certainly a gray area, with the main space treaty signed by the major space powers not giving firm guidance. I would expect that any taxes from Mars to Earth would be short-lived: in the first stages of Mars settlement, there won’t be profits to pay taxes on; in the long run, Mars taxes will fund activities on Mars. Perhaps there would be an interim stage where Mars settlers would send tax payments to Earth, but I would expect that arrangement to quickly generate Martian revolutionary sentiments!

What sort of currency will they use? Is it feasible, logical or desirable to establish a Martian dollar, or does it depend on the size of the city?

There’s no particular reason not to have a Mars currency in the long term, even if it’s a small city. In the short term, to avoid the costs and complications of having its own monetary policy, I expect Mars will use U.S. dollars, though.

What can we learn from previous experiences? You mention the railroad in your “Space, the Final Economic Frontier” essay as offering lessons about government incentives, as it spurred development but also concentrated economic power. These stories also make me think of the colonization of North America and founding of the United States. Is there a useful historical precedent to help us understand how the Martian economy would develop?

No historical example is a perfect analogue — the NASA historian Roger Launius wrote a report on this. One trick is that Mars is unlikely to be valuable as a source of natural resources, unlike most Earth colonies were. So, it’s probably better to think more of a settlement model than a colonization one.

A lot has been written in sci-fi about how our physical bodies would change with Mars gravity (which is less than on Earth). And the recent twins study of the Kelly brothers suggests our genes will react to being in space, too. The implication is that we might truly develop into a different type of human on Mars over the generations.

I also think Mars settlements will give us a chance to try out some political and economic systems, from scratch, that are infeasible in existing states on Earth. To an economist, this is perhaps the most exciting thing about space settlement!

What sort of systems spring to mind?

Various thinkers and visionaries have long held out utopian economic models, ranging from egalitarian socialism (where, for instance, you might imagine each settler being given an equal starting share of the land and output of the settlement) to libertarian capitalism (where, instead, you might imagine a minimal state with maximal trust in the market). On Earth, our histories make it difficult to pursue any of these “pure” models — among others — but if you had settlers choosing which settlement to join and designing it from scratch, we might be able to give them a real try. We’d certainly learn a great deal if so.