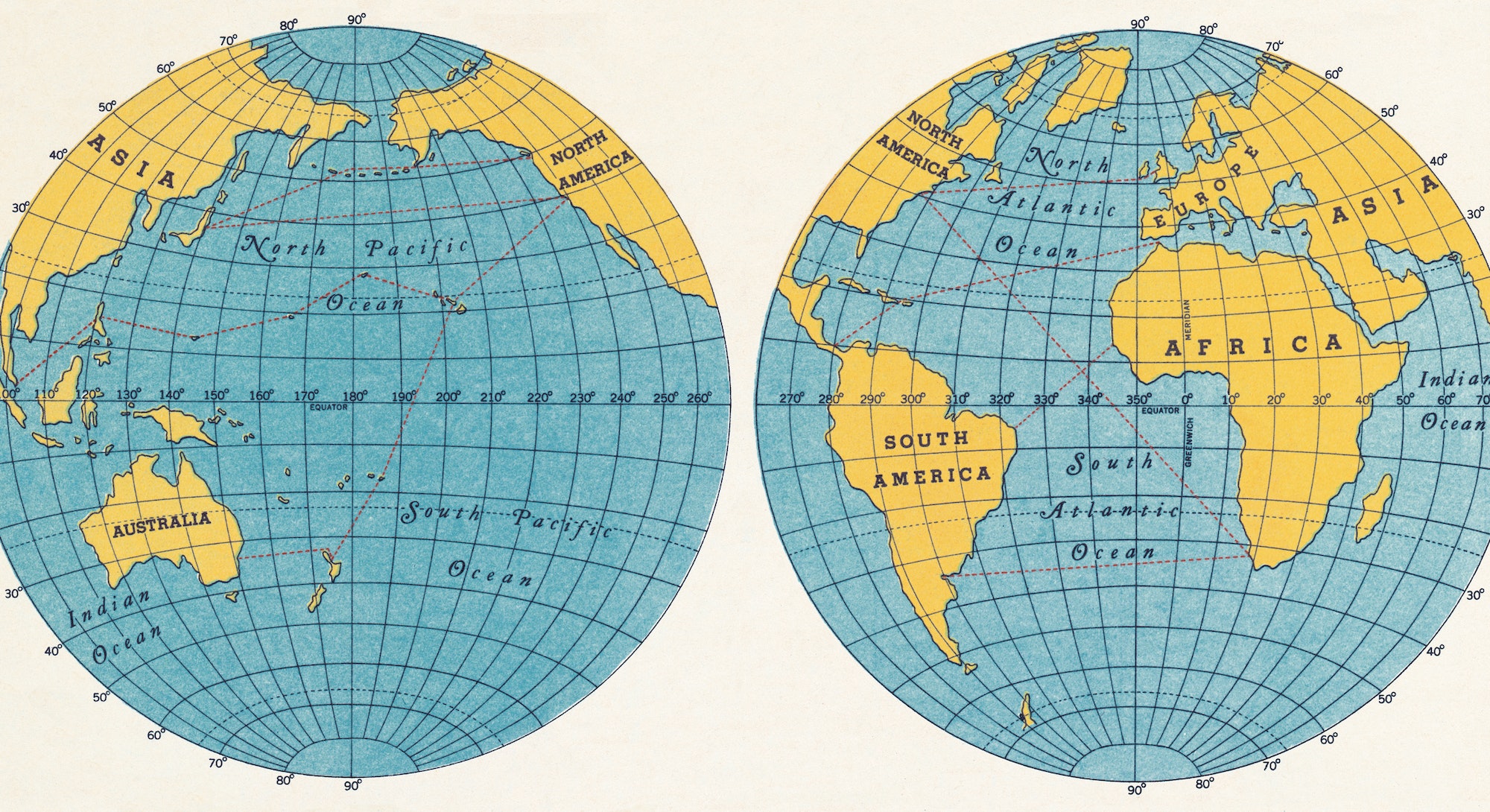 It’s tempting to assume 2020 was not a great year for happiness. But despite last year’s health hardships and a spike in poor mental health, the authors of the World Happiness Report are glad to say that happiness persists, if we look for it in the right places.

First released in 2012, the World Happiness Report aims to both quantify and analyze well-being around the world. Each year, it generates press coverage because of its ranking of the world’s happiest countries — typically Nordic countries like Finland and Denmark top the charts.

“Everyone goes straight to the rankings,” Sharon Paculor, a manager of special projects for Columbia University’s Center for Sustainable Development and manager of the World Happiness Report, tells Inverse.

“But there’s so much more than that.”

This year, the international team behind the World Happiness Report has discussed the world’s happiness more often than ever before. The team consists of three of the report’s founders who have been working together since 2012, and a “future generation” of editors who have been added to the team in recent years, Paculor explains.

They’ve held weekly video meetings and continuously monitored new data collected in 2020. Paculor, who is charged with helping compile that data into a narrative, has written and rewritten certain chapters as many as three times as data keeps coming in.

When the World Happiness Report was created over a decade ago, the goal was to prove well-being couldn’t simply be measured using money. Economists have historically used gross domestic product as one indicator of a country’s happiness, explains Jeffrey Sachs, the president of the UN Sustainable Development Solutions Network and a founder of the World Happiness Report.

This year has proven money does contribute to happiness but is insufficient without health, social interaction, or fulfillment. “American society, of course, is a prime example of misplaced attention,” Sachs tells Inverse.

This year “only underscores the fact that traditional indicators are wholly inadequate to the question of not only thriving and living good lives, but basic dimensions of well-being,” Sachs explains.

If we want to “build back happier,” we’ll have to know where to look for happiness.

The Dream — The World Happiness Report contains insight into the well-being of countries around the world. But it wouldn’t exist at all if it weren’t for the guidance of Jigme Thinley, the prime minister of Bhutan between 2008 and 2013.

Thinley is credited with creating Gross National Happiness — a metric used in Bhutan to measure national well-being. Happiness has since been called Bhutan’s greatest export, though the country still struggles with unemployment, as well as a growing sense of cynicism about quantifying happiness. Jigme eventually lost reelection in 2013 to an opposition leader who campaigned on the idea that Bhutan spent too much time exporting the idea of gross national happiness and had ignored problems within the country.

Still, Thinley’s concept sparked a focus on global happiness at some of the highest levels. Thinley is credited with sponsoring UN Resolution 65/ 309, which passed in 2011 and resolved to make happiness part of a “holistic approach to development.” His work also led to the creation of World Happiness Day, on March 20 of each year.

Thinley’s advocacy for happiness in Bhutan sent a signal suggesting the rest of the world could start prioritizing happiness, too — if they knew how to measure it and learn from it. The key takeaway, says Sachs, is that GDP on its own doesn’t tell the whole story of why some countries are happy and some aren’t.

“The goals of the World Happiness Report are to help promote well-being in the world and to help shift the world's focus from indicators that are absolutely not appropriate as proxies of well-being, like GDP per capita, to measures that are directly relevant for well-being,” he says.

Instead, the World Happiness Report relies on the idea that you can explain happiness using factors from social support to health. You just need a diverse team to make those connections apparent.

The Team — After Thinley’s resolution was passed in 2011, the World Happiness Report was set into motion.

By the summer, Sachs and the Bhutanese government had organized a conference in Bhutan’s capital, Thimphu, where some of the leaders in the field of happiness research, like economists Richard Layard, now at the London School of Economics, and John Helliwell, a professor emeritus from the University of British Columbia, were in attendance.

The three would soon become the first authors of the World Happiness Report. Including Helliwell and Layard, says Sachs, “was completely natural.” “These are leaders in the field and friends of mine. Of course I would turn to them.”

A year later, the first World Happiness Report debuted at a packed UN meeting in April. Helliwell tells Inverse it immediately caused a ripple effect in the field. Just after the first report was released, he was invited (largely because of the report) to give a talk in Denmark. There he met Meik Wiking, now CEO of Happiness Research Institute. At that talk, Wiking told him he was inspired to change his life and enter well-being research.

The response to the first World Happiness Report at the 2012 UN meeting, it turns out, was a sign of much more to come.

“The meeting room at the UN held 1,000 people, and it was jammed,” Helliwell says.

“I’d never seen a UN meeting that attracted so many internal staff. Copies [of the World Happiness Report] flew off the shelves. It was clear it was interesting.”

“Everyone goes straight to the rankings, but there’s so much more than that.”

How they stayed connected — The World Happiness Report, like many other meetings this year, has had to go digital. But multiple report editors argue this is actually beneficial for the process.

“In a funny way, this year, where people are urged not to travel long distances, has actually pushed us into new ways of collaboration, which are substantively tighter than we had before,” says Helliwell.

Typically, creating the World Happiness Report requires sending a lot of emails and coordinating busy schedules. This year, with travel limited, the editors of the World Happiness Report have met almost weekly to talk about the state of the world, as well as the report. These meetings are often academic discussions but have also occasionally become time for the team to touch base about well-being in their own lives, especially when the data surprises them.

Paculor points to data in the report suggesting some people were more resilient in 2020 than you might think, especially if they managed to maintain social ties. It came as a bit of a surprise until she was prompted to examine her own life.

“We went around the room [during a video call] and were like, ‘What’s your experience?’” Paculor says. “It's good. We do talk a lot, which I really appreciate.”

Sometimes, as the editors realize, it’s possible to see yourself in the World Happiness Report.

Helliwell and his team start with at least 3,000 data points for each country – where surveyors on the ground ask people about how satisfied they are with their lives.

Those surveys can take different forms. Pollsters might ask someone plainly: How satisfied are you with the quality of your life? The Gallup World Poll surveyors, also included in the report, take a different approach to measuring well-being. They ask people to imagine where they might place themselves on a ladder, with the lowest rung representing the worst possible life and the top representing the best. That technique is called the Cantril Scale.

This whole process is then put through complex statistical analysis as the scientists attempt to explain why someone feels happy or unhappy about their lives. Usually, that sentiment can be explained according to some combination six factors:

At the end of the day, the sausage-making statistical process is boiled down into one simple infographic.

“We try and avoid technical language, generally,” says Helliwell. “In some sense, everybody understands instinctively what makes for a better life and what makes for happiness.”

Why collaborating was so important to the mission — When the first World Happiness report came out in 2012, the authors worried the science of happiness was often accompanied by a “giggle factor.” At worst, measuring our policies in terms of happiness rather than material wealth wouldn’t be taken seriously. At best, it may seem like measuring happiness wasn’t even possible.

It was a trap that economists had fallen into before. “Ever since the 1800s there were very simplistic arguments about measuring well-being,” Sachs says. “Economists largely abandoned that idea and went to observe market measurements as the fallback position.”

Collaboration with experts in fields outside of economics, however, has led to a more complex understanding of what makes us happy, which is why the team has expanded to include scientists from different disciplines. Paculor says three editors have expanded to include more diverse perspectives and ideas about happiness, including editor Lara Aknin, a social psychologist at Simon Fraser University.

Aknin joined the World Happiness Report team this year after contributing a guest chapter in 2019. She joins the Zoom meetings, which happen each Thursday at 8 a.m. her time, and seeks to provide a psychologist’s point of view.

“I spend more time reading psychology journals because that's my field,” she tells Inverse. “And so I try to make sure that we're incorporating and speaking to some of the most relevant research.”

Did they achieve it? — In 2019, Helliwell found himself back in Thimpu to give a talk. At the conference, he learned former Prime Minister Thinley, a foundational force in shaping the concept of the World Happiness Report, was grieving the loss of his wife.

Helliwell tried to establish contact with him and finally drove to Thinley’s home. In Thinley’s moment of grief, Helliwell wanted to give him a message:

“What was moving to me was to take the thanks of the world to him,” Helliwell said. “Without him, there wouldn't have been a World Happiness Report.”

That World Happiness report, and its ideals, have made a dent in our collective consciousness.

Following Thinley’s UN resolution and their yearly reports, governments like the United Arab Emirates have created positions like the Minister for State Happiness and Wellbeing. New Zealand has created a “well-being budget.” According to World Happiness Report research, 63 percent of people in their surveys want governments to prioritize happiness over economic recovery in 2021 and beyond.

What’s next? — The 2021 World Happiness Report, says Sachs, has the same goals as all those before it.

But it’s also uniquely positioned to help the world build back happier once the health challenges of 2020 and 2021 fade away. The report isn’t completed and will be released on March 20, which is officially World Happiness Day. Sachs hopes it sends a critical message, especially this year.

“American politicians can't even figure out that lives matter in this country,” he says. In that sense, recent calamities have “underscored the core purpose of this body of work.”

On a smaller scale, working on the report has changed how some editors view happiness in their own lives. The report, says Helliwell, has “enriched” his idea of what actually makes us happy. Happiness, he says, is local. It’s based on the goodwill around you, how much you trust your environment, and how often you find yourself working towards the good of others.

“I'm much more inclined than I would have been 25 years ago to be, like, an icebreaker, because we understand the importance of social connections,” he says.

DREAM TEAMS IS A SERIES FROM INVERSE that takes a look back at the greatest team efforts of the 21st century and what they mean for our ability to collaborate in the future.